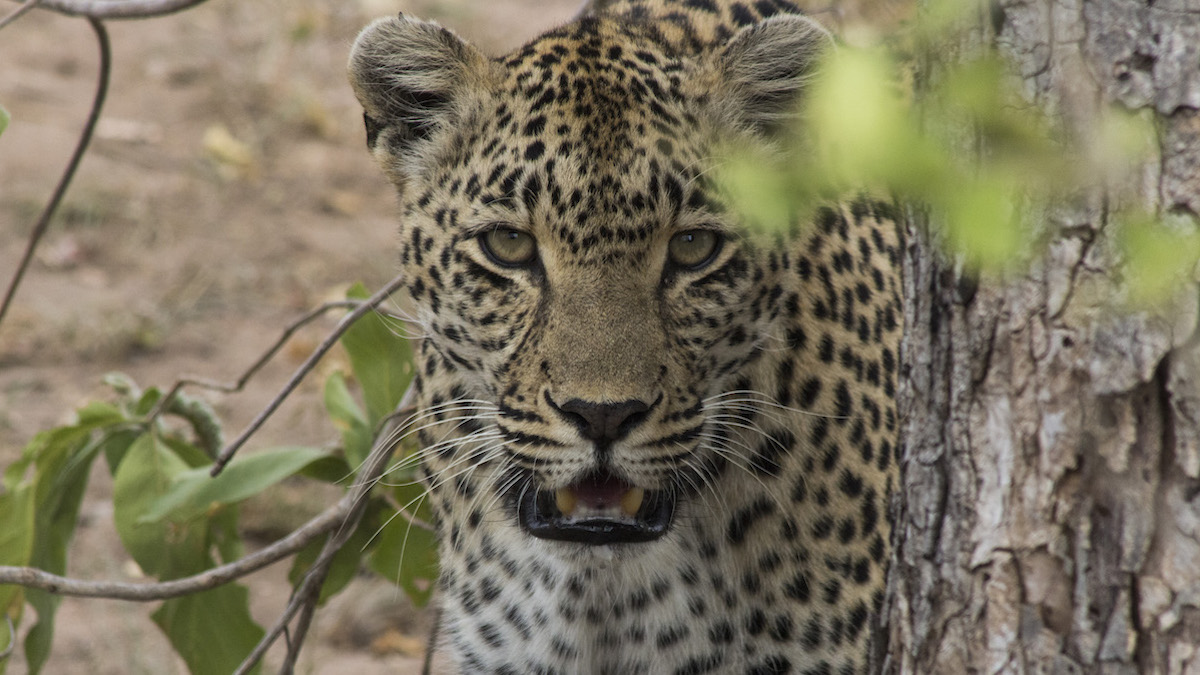 South African viewers are likely to be familiar with WildEarth, the DSTV channel that is giving people the experience of actually being on a game drive in one of our amazing game parks. WildEarth, founded by Emily and Graham Wallington, has a global audience of five million viewers a month. Johannesburg-born Wallington, who describes himself as from the ocean, has taken the concept of nature tech to a new level, providing a connection with nature that many people not as lucky as South Africans can now access. The channel was a tonic for many viewers during the Covid-19 lockdowns and they have not tuned out since. Wallington told BizNews he and his team are continuing to scale; there will soon be an improved app, new content and an expansion into marine life. And if you wondered which of its WildEarth non-fungible tokens are the most popular – it is a leopard called Tlalamba, who has two cubs. – Linda van Tilburg

Five million viewers every month get in tune with nature

The feeling of being in nature, whether physically in real time, or virtually helps humans deal with depression and loneliness. The Japanese call it Shinrin-Yoku, or the art of forest bathing. Scientific studies show that just going for a walk in the park, or if you’re lucky enough, for a game drive in the bush, lowers your cortisol – the stress hormone in your body – dramatically. There’s real science behind it. Most of us struggle to meditate, to be mindful or to have that sense of being present: not thinking about the future or the past, but just being present in the moment. We really struggle with that .

But Nature is very good at returning us to the present and what WildEarth offers is an opportunity for people stuck at home, as we all were during lockdown, to have that feeling of being distracted into the present by Nature. Viewers often report that just spending an hour or two on WildEarth serves as an escape into Nature and makes them feel better. It makes them feel less lonely and it helps with depression.

It’s pretty much held that way ever since. And what we think happened here – actually we know what happened – was that as that first lockdown struck in South Africa, a whole lot of school moms on their various WhatsApp groups started saying to each other on all the WhatsApp groups around South Africa, ‘Hey, now that your kids are stuck at home, rather than having them watch Cartoon Network or something, why don’t they go and watch WildEarth. It’s educational and fun.’ And we just saw this massive rise in audience. Then the parents ended up being the ones who were watching, because they were stuck at home and couldn’t get out. This was their outlet. This was a way to feel as if you were out on a game drive and get to know the animals.

Viewing behaviour has changed. There have definitely been changes. I think people have less time available, so the amount of time they spend on viewing has become less, particularly amongst the working age population. For example, in South Africa, on DSTV, 43% of our viewers are in the Living Standards Measurement nine and 10 category – the highest earners in South Africa. A lot of them are quite a lot older, sort of 55 plus. I forget the exact percentage. What we found is that they are watching our sunset safari, our afternoon game drive and they’re watching it for very long periods of time.

What we are seeing here is that basically South AfricaN CEOs, instead of working, are basically sitting watching WildEarth’s afternoon game drive. That seemed to have started during the lockdowns and they just carried on doing it.

NFTs to preserve habitats, and a leopard called Tlalamba

Earlier this year we did our first, if you will, experiment with non-fungible tokens and this was very successful. We managed to sell about 1,100 non fungible tokens or NFTs. Ours is a particularly interesting one because the purpose of these non-fungible tokens is to help to incentivise the conservation of a productive wildlife habitat. Essentially the biggest single challenge we face in conservation in the world today is the fact that we don’t need to manage the animals.

The animals have been managing themselves for a very long time. What we need to do is to conserve the habitat in which they live. And that’s the key thing they need from us. They just need us to leave them alone, but in the habitat where they need to live. So we thought, well, there are a lot of projects in the world raising money to save the rhino, or save the elephant, or to save the gorilla. What we thought was most important was to raise money as a revenue source for habitat custodians. So that would be like game lodges or reserves where they’re the custodians of that habitat for these animals.

Tlalamba is a leopard that is currently kind of our star. We’ve been following dynasties of leopards at Djuma game reserve in the Northern Sabi Sands for 24 years and Tlalamba is the current reigning queen of Djuma game reserve. She is the fourth or fifth generation of a particular lineage of leopards and her territory is right in the middle of our traversing area. She’s currently got two cubs, which are about to be named and of course, our viewers absolutely love her and the babies.

Pivoting from a B2B to B2C business model

WildEarth has a multifaceted business model. Historically, up until 2019, it was an entirely business-to-business model where we would license our shows to the likes of National Geographic, BBC, CCTV, et cetera. And really 99% of our revenue came from licensing these broadcasters. In fact, for years, Wild Earth was the largest provider of content, measured in hours of content, to National Geographic globally. Then in 2019, for various reasons, we really had to begin a pivot to a direct-to-consumer model and today WildEarth is an almost entirely direct-to-consumer business model, which has several legs. The first is advertising.

We sell advertising on traditional platforms like DSTV but we also sell advertising on what’s called fast or free advertising streaming television (FAST), also known as AVOD or advertising funded video on demand, which is the hottest thing in media today. It’s kind of the current wave that’s hitting the media landscape and WildEarth was very lucky to kind of get in early and grow with this new trend. The key thing here is that it’s addressable advertising. What that means is that if you flight an ad on DSTV, the same ad is viewed by all the viewers, whereas on FAST, each viewer is seeing a different ad during the same ad break. The advertiser is able to target viewers specifically because we are able to address the individual, as it’s an IP-based delivery. Advertising is the one aspect of how we monetize our content. The second part is subscriptions.

We offer a subscription service to our viewers where they can pay us a minimum of $5.99 a month. They can pay us more if they wish, but they need to pay us a minimum of $5.99 or approximately just under R100 in South Africa and then they get the same service, ad free, as well as access to our behind-the-scenes channel: access to the individual webcams with no advertising and no narration. They also have access to all the catch-up videos.

In early September, we are launching a new show called Tiger Live, which will be coming in before the African sunrise safari in the morning. So, again, for South African viewers, it’s an early start at 3.30am until 6.30am South African time. For our north American viewers, that’s prime time, right in their evening viewing. This will be coming from Tadoba National Park in India. We’ve got three teams on Jeeps. They refer to them as Jeeps, even though they’re Suzuki. And we’ll be looking for tigers and peacocks and a whole bunch of new and exciting things.”

My history is connected with the ocean; I was a scuba diving instructor in a previous life and th marine life has always been a big challenge and opportunity for us. In 2021, we broadcast daily from the Cape kelp forest, where we did a live one-hour show called Sea Forest, free diving in the kelp. We’re in the early stages of trying to incorporate something similar into our daily Penguin Beach show, so that we’d have our naturalists on the shore, the African penguin colony that we see every day at Stony Point in the Western Cape, but we will also add an underwater component to it. Then we’ve got big plans for early next year to build a global show about scuba diving all around the world. For a couple of hours every day, you’ll be able to cut from Costa Rica to the Galapagos to the Maldives. I’m not sure of the exact locations yet, but it’ll be a global underwater marine show.