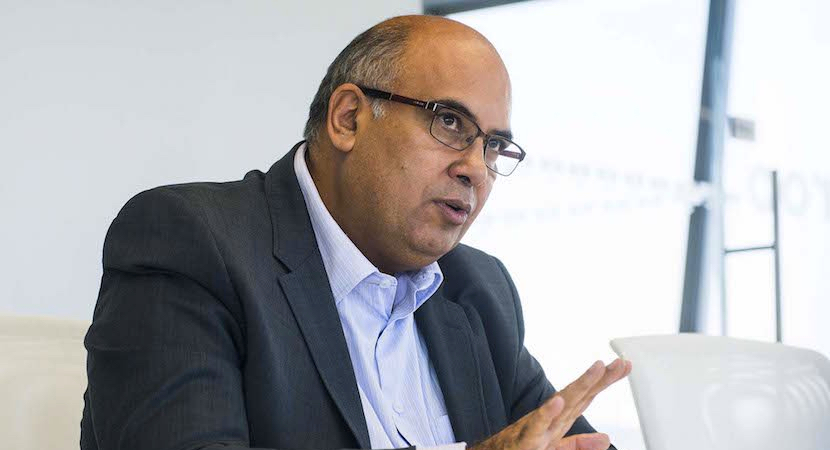 Cape Town – An email between Nazeem Howa, former CEO of the Gupta-owned Oakbay, Tony Gupta and President Jacob Zuma’s son Duduzane shows how the family and their associates dictated to Mineral Resources Minister Mosebenzi Zwane what he should say to the media.

Howa on February 2 2016 wrote to Duduzane Zuma and Tony Gupta to ask their input on altogether 14 questions he anticipated Zwane could expect from the journalists. He also drafted comprehensive answers for Zwane.

The email, which is part of a tranch of emails revealing a multitude of new allegations of state capture, is more proof of the profound influence the Gupta family, its business Oakbay and the President’s son wield over state officials – Zwane in this instance.

Howa’s email to Duduzane Zuma and Tony Gupta was sent on February 2 2016 – a few days before the Minister addressed delegates and the media at the 2016 Mining Indaba that was held in Cape Town from February 8 to 11 in which he asked for help with the answers he drafted for Zwane.

“Perhaps I can sit with someone this side to help me polish and add to the answers,” Howa’s email read. “Let’s chat when you have a chance to review.”

In the email, Howa drafted answers for Zwane should he be pressed about matters, such as his alleged closeness to the Gupta family, the sale of the Optimum mine and his inexperience as a mines minister.

Fin24 found that the answers Zwane had given to some of the questions posed to him at the time of the media conference on February 8 2016 had corresponded largely to Howa’s draft responses.

At the time of publication, Zwane’s office did not reply to Fin24’s request for comment.

Captured by the Guptas?

One of the questions Howa anticipated read: “What about the rumours of you being captured by the Guptas and [that] your appointment was made for you to do their bidding?”

In the draft answer that Howa provided he explained at length that the statements about Zwane’s alleged “capture” by the Gupta family had to do with the “challenges of black economic emancipation”.

“As ministers, we daily engage with leaders of old business, new business and those hoping to get into business. I engage as vigorously with all these sectors, including the Guptas. It would be wrong for me to treat the Guptas [as] a pariah simply because of the coverage of them in the media. If there was any evidence of wrongdoing I would have to review my position.”

The answer continued, proposing that Zwane said he believed the purchase of Optimum by a black-owned consortium “of which the Guptas form part” is a major step forward towards broadening the ownership structures in the mining industry.

“I wish there could be many more such initiatives from black-owned companies so we can change the complexion of the mining industry,” according to the draft answer.

Howa also drafted a question should Zwane be asked about his relationship with the Guptas to which he suggested Zwane answer as follows: “They (the Guptas) are business people active in several sectors of our economy. My relationship with them is based on the need for public-private partnerships as I would with other business people wishing to grow our economy. I have an open door policy and not once have I declined to meet with any business person.”

Sale of Optimum mine

In the same email, Howa also drafted an answer should Zwane be asked about his travelling to Switzerland with a Gupta delegation to meet with Glencore’s Ivan Glasenberg to negotiate the purchase of Optimum Colliery.

Howa anticipated that some journalists would ask Zwane why he decided to meet with Glasenberg and if he would make the same “concession” for other mine owners.

In the draft response, Zwane was supposed to say his meeting with “Ivan” was part of an ongoing series of meetings with CEOs of mining companies.

The South Africans who leaked the gupta emails must receive the highest accolade that a country can give to its citizens. #GuptaLeaks

“With Ivan, the agenda was more pointed as Optimum was in business rescue and there was a real danger of the deal not proceeding. My only intervention was around the need to save jobs, not around any of the commercial terms of the agreement. As I have said before, we are in desperate times, and I will make no apology for taking steps to save jobs.”

Howa also drafted a response should Zwane be confronted with the fact that he is unsuited to the role of Minister of Mineral Resources, given his inexperience.

In the draft response, Zwane was supposed to say the following: “A similar outcry happened when Trevor Manuel was appointed Finance Minister. So we have become accustomed to criticism when we open the way for new blood. But sometimes, fresh eyes will find fresh solutions.”

Why are the Guptas not being arrested already? #GuptaLeaks

If Zwane was asked about his seemingly “irregular appointment” he was to answer: “… appointing ministers is the prerogative of the President and if he has identified a role he believes I can play, who am I to question his judgment? However, it is critical that I deliver on the potential he has identified in me and I will make every effort to ensure that I over-deliver on his and the country’s requirements,” the draft response read. – Fin24