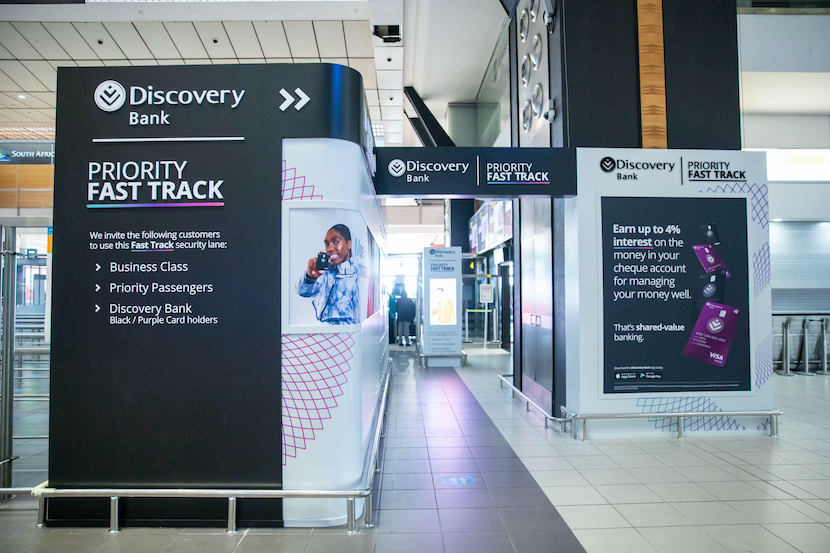 In this episode of Inside Covid-19, we have exciting news from our sponsors at Discovery, with the Discovery Vitality programme announcing measures that will provide a much-needed boost to the tourism, travel and hospitality sectors – and will also lift the spirits of people who have been looking forward to exploring the world, enjoying nature and generally getting out to have fun. Also coming up: Cape Town based aerospace entrepreneur Robert Miller has been working with two South African medical experts on an interesting hypothesis about why South Africa’s deaths from Covid-19 haven’t been as bad as initially feared. The work has been published in a British medical journal and international scientists have been testing their ideas on mice. In a nutshell, the three believe that Vitamin B and Zinc – and low-cost fortified bread – could hold the clue to staving off Covid-19 symptoms – including long Covid. – Jarryd Neves & Jackie Cameron

BizNews founder Alec Hogg talks to Dinesh Govender, chief executive of Discovery Vitality, about an exciting announcement that is sure to give the travel and tourism sector a much-needed kick.

Dinesh Govender is the chief executive of Vitality. He’s here with some good news. As a Discovery member, I’ve been dying to get back onto an airplane to use my miles. At last, it seems as though Comair is coming out of its troubles and will be able to fly again?

Thanks, Alec. It’s great to be on the show. I think it’s a very positive step forward for the country. On the one hand – from a business perspective – Comair coming out of business rescue, reopening flights, starting December 1st is great. For Vitality members, it’s even more exciting because they’ve got early access to book all their flights before the general public on Kulula.com

It just shows, I guess, that good things do happen sometimes, despite what we’ve been going through in the last few months. How long have you been negotiating this with Comair, to give Discovery members an inside track?

There wasn’t really a negotiation. We’ve been partners for decades now. So as part of just reopening, I thought this is a great way to actually recognise the amount of efforts Vitality members put into earning their discounts on their flights. So what better way to reward them right now than with the scarcity value of being able to guarantee that they can take their families on holiday this December on the flights they want and at the times they want.

So really, it is about giving Vitality members everything they need in terms of their massive discounts. Whether it’s 35% percent for Vitality or whether it’s 75% percent because they’ve also got Discovery Bank, that goes without saying. On top of that, being able to secure the flight you want with our very good partners, Comair. Thirdly, also to get through the airports quicker. We’ve got these priority lines for Discovery Bank clients, where they can walk through security and bypass the snaking maize queue.

That’s quite a lot of advantages for Discovery Bank clients. Obviously, that has to be quite new given that the bank hasn’t been around that long?

Correct. So what we’ve done – in addition to the discounts we give to Vitality members – as a Discovery bank member, you do get additional discounts based on the account you have, based on the Vitality money status. As you manage your money better, we reward you because we know you’re lower risk and a much more attractive client. Also, how do we give them special treatment in the airports?

And then those extra discounts, how do they work?

So based on your Vitality health status – so whether you’re blue, bronze, silver, gold or diamond status – you’re able to get up to 35% discount immediately – up front – on your booking. So if you go onto Kulula.dotcom today, as a Discovery member, and try to book a flight, you’ll see that your flight gets discounted by 35% if you’re a diamond Vitality member.

If you’ve got a Discovery Bank account with us. So, for example, if you got a Discovery Bank black suite account with Discovery Bank and you manage your money well – you move up your status all the way to gold or diamond status – and if you’re spending at the requisite amount. So based on your spend, based on your Vitality money status – which is a good indication of how well you manage your finances – and based on your credit card, you will get a boost of up to 40%, in addition to the 35% discount. So the 75% off your discount. I’ll give you an example. I’ve just made a booking for December for my family so we could travel safely over this period.

The rest of my family is traveling at a 35% discount, because as a family we’re on diamond Vitality health status. I’ve also got a full suite Discovery Bank account, and because of that I have only paid 25% for my ticket on the flight.

Wow. So it really is starting to kick in now, that shared value right across all the platforms – in particular for the bank. But just from Comair’s perspective, when are they starting to fly again?

In addition to that, they’ve been working through all of the other elements. As we’ve seen, business rescue can be quite tricky. In many situations, it doesn’t end as positively as this one has. We’re very excited by the story. We think it’s great, not just for Comair – who are great partners – but we think it’s great for our members, and for South Africa in terms of businesses rising again through this pandemic, which is positive.

The way it works for Comair now is, they’ve started bookings for Vitality members. They’ll open bookings to the general public next week and the call centre reopens. They’ll resume flights from December 1st. Those will be on all their routes. I think early next year, they’ll reopen Lanseria airport flight bookings. But from the 1st of December, all their typical routes will be flown on Kulula.com. We expect them to reopen bookings for British Airways local flights as soon as well.

What about the other partners, Emirates and Qantas?

Emirates is flying right now. So you can make those flight bookings. In fact, we normally have a six-week rule on international flight bookings, which says, ‘this needs to be for holidays. You need to be planning ahead, book in six weeks.’ We’ve actually taken away that rule right now because people haven’t had six weeks to plan for any flights they want to take in late November, early December.

So, we are relaxing the rule for our members right now so they can book those Emirates flights. You’re able to book a Qantas flight, but they’ve only opened up schedules from April 1st next year. So Qantas isn’t flying at the moment. British Airways is flying and again, we expect those bookings to reopen in the next one to two weeks and we’ll let members know about that when it happens.

What about refunds for those Vitality members who had booked flights before the Covid-19 lockdown?

It’s been a tough time for the industry and for members of the general public, in terms of flight bookings, credits and refunds, I think the developments there have been very positive. In terms of refunds on international flights, those are progressing. Now that the business rescue process has evolved to space where the airline is reopening, we’re seeing the refunds on Emirates, Qantas and British Airways international tickets coming through.

So members are getting those, but we still urge patience. It still takes six to eight weeks typically. Those refunds are coming through at an increasing pace. On local flights – the Kulula and British Airways local flights – Comair has taken a stance around credits.

So the good news is, members who had unused tickets that they booked between March and November this year – those flights were obviously cancelled – members get their full rand value as a credit towards flights in 2021.Comair is currently working through the process to actually get those into what they call a travel bank on the Kulula.com platform. That will happen in January next year. Once it’s ready – and they’re estimating it’s around the second or third week of January when the travel bank credit will be available to members with unused tickets – members will be able to use it the way they use Discovery Miles, the way they use credit cards right now to book a flight.

They’ll be able to pay in full, pay in part, pay and still have a credit owing to them, all the way up to any flights in November 2021. So those credits are coming through now.

Dinesh, just to close off with. Obviously, flights are a big part of the rewards for Discovery Vitality members. How have you viewed all of this going into business rescue? Has Discovery helped Comair in any way to get back on its feet, because of the benefits members derive?

I’d like to say we’ve been supportive partners to all of our partners, not just Comair, but across all of them. In terms of if there were any requirements to market to members, to keep members and the general public sort of informed while they were going through tough times, I think we’ve helped.

One of the things, if you’re in the business sector you would have seen, is that as part of the business resuming operations, there’s a lot of working capital involved. So one of the things we’ve done with Comair, is we have prepaid for a lot of the benefits that our members will receive going into 2021. That’s just part of the working capital support.

Other papers that have followed or are linked to the paper by Miller, Richards and Wentzel:

The Molecular Story of Covid-19; NAD+ Depletion Addresses All Questions in this Infection

Influence of NAD+ as an ageing-related immunomodulator on Covid-19 infection: A hypothesis

Have we learnt anything from Covid-19, and can we put it into good use in the future?

Rapid evolution of our understanding of the pathogenesis of Covid-19: Implications for therapy