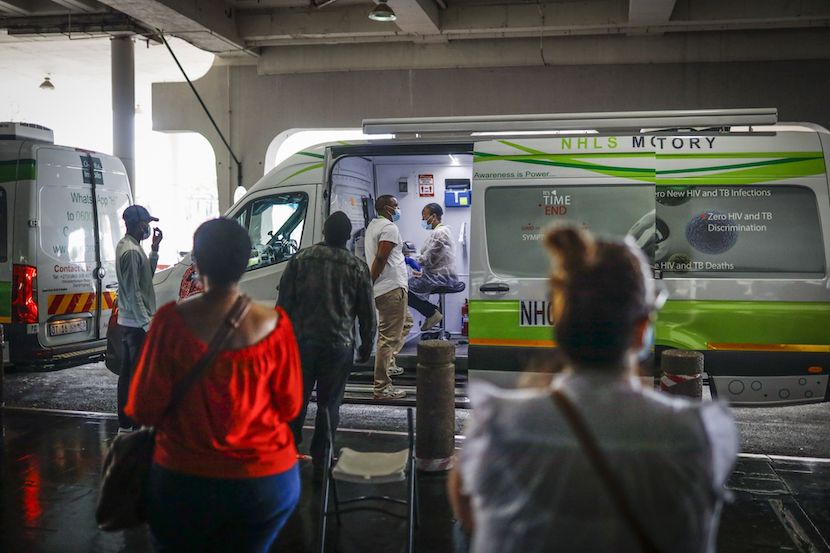 Excess deaths are seen as a more precise way of gauging the total number of fatalities from Covid-19. In South Africa, those levels rose to the highest numbers seen since the second wave experienced in January. As Bloomberg reports, SA recorded 5,228 deaths “compared with 1,729 official deaths from the virus”. This is according to data from the South African Medical Research Council (SAMRC). This is being driven by the third wave of infections in the Gauteng province, with the highly infections Delta variant spreading across the country. As per the latest figures, just over 63,000 people have succumbed to the virus in SA – the highest death toll on the continent. ” Still, national excess deaths over the course of the pandemic exceed 182,000, indicating a much higher death toll from the virus.” – Jarryd Neves

(Bloomberg) – Excess deaths, seen as a more precise way of measuring total fatalities from the coronavirus, rose to their highest level since January in South Africa as the delta variant spread to all of the country’s nine provinces.

In the week ended June 27, the country recorded 5,228 deaths compared with 1,729 official deaths from the virus, the South African Medical Research Council said in a report Wednesday. The number of deaths, which is measured against a historical average, was the highest since the week ending Jan. 24 and compared with 4,145 the week earlier.

The surge in deaths is being driven by a severe third wave of infections in Gauteng, the industrial hub that includes Johannesburg and Pretoria. Excess deaths in Gauteng rose to a second consecutive weekly pandemic-era record with the province where one in four South Africans live recording 3,224 more deaths than would normally be expected.

Still, the seven-day average shows that infections may have peaked in the province. The proportion of national daily infections from Gauteng fell below 50% on Wednesday after climbing to as high as 69% in recent weeks. That indicates that infections are now rising in other regions.

With 63,039 confirmed Covid-19 deaths, South Africa is the worst-hit nation on the continent. Still, national excess deaths over the course of the pandemic exceed 182,000, indicating a much higher death toll from the virus.

While the main part of South Africa’s Covid-19 vaccination rollout started only in May the number of people vaccinated daily has climbed steadily, reaching over 180,000 on Wednesday. So far more than 3.8 million doses have been administered.