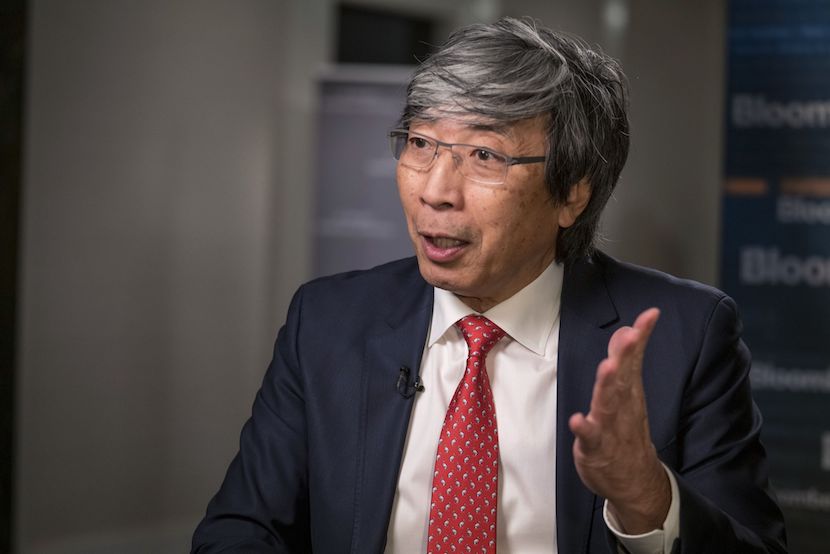 Born in the Eastern Cape, Patrick Soon-Shiong enrolled at Wits University to study medicine before moving to the United States. There, the medical doctor made his fortune, even acquiring the Los Angeles Times newspaper. Underscoring his passion for medicine, the 68-year old also holds approximately 13% of ImmunityBio, a company developing a vaccine called hAd5 that, according to Bloomberg, is “ intended to specifically activate T-cells that scientists believe are a key part of the immune response against Covid.” As SA still battles the severe third wave that has ravaged the country, the SA-born tycoon will begin trials in the country soon. Currently, the company is looking at four potential ways of producing its vaccine – a single-dose injection, capsule, nasal spray and droplets to be placed under the tongue. “Trial volunteers who get a shot may be able to follow that with the spray, which would ease the challenge of distributing doses in developing countries, Soon-Shiong said.” – Jarryd Neves

Billionaire Soon-Shiong sees his shot as a universal booster

(Bloomberg) – US biotech billionaire Patrick Soon-Shiong is backing a Covid-19 vaccine candidate that he sees as having potential as a universal booster of other pandemic shots.

ImmunityBio Inc., of which the 68-year-old holds about 82%, is developing a vaccine called hAd5 that’s intended to specifically activate T-cells that scientists believe are a key part of the immune response against Covid. This quarter, the South African-born biotech tycoon will begin trials in the country, the scene of what he calls a Covid-19 “firestorm” as the delta variant drives a third wave of infections, the peak of which has surpassed two earlier waves.

Most vaccines work to elicit immune proteins called antibodies blocking the spike protein that the coronavirus uses to enter cells. Culver City-based ImmunityBio is trying to raise T-cells against both the spike and another viral protein, called the nucleocapsid, Soon-Shiong said. This could make it ideal for use as a booster for different types of vaccines, he said in an interview.

“The concern we’ve had with regard to just antibody-based vaccines is that it’s not going to be sufficient,” Soon-Shiong said. “You really need the combination of an antibody and a T-cell-based vaccine.”

Beset by the highly transmissible delta variant, South Africa has been battling its most intense Covid wave. While vaccinations there have recently gathered pace, the continent is still the world’s least-vaccinated with just 1.4% of its 1.2 billion people fully immunised. That’s raising fears about the emergence of new, more deadly coronavirus variants that could undermine the efficacy of current vaccines.

ImmunityBio’s study is the first to try boosting levels of both antibodies and T-cells against the nucleocapsid, part of the core of the virus. The company’s South Africa Sisonke T-Cell Universal Boost trial will enrol some of the 485,000 health workers who have already received Johnson & Johnson’s single-dose Covid shot. The results of vaccination with ImmunityBio’s shot will be compared with people who received only J&J’s, Soon-Shiong said. The company is also planning studies in the US.

The goal of the shot is to produce “potent T-cells so you can kill the factory that is making the virus,” Soon-Shiong said, and “help overcome this challenge of mutations that happens continuously.”

Some scientists are concerned about the backbone of ImmunityBio’s shot, called Ad5, which was used in a failed Merck & Co. HIV vaccine trial years ago. In that trial, people who received the vaccine were more likely to contract HIV than those who didn’t, a finding that some researchers tracked back to the a virus used in the shot. Those findings weren’t conclusive, Soon-Shiong said and he is confident that the ImmunityBio shot is safe.

The company is looking at four possible ways of giving its vaccine: single-dose injection, droplets placed under the tongue, a capsule and a nasal spray. Trial volunteers who get a shot may be able to follow that with the spray, which would ease the challenge of distributing doses in developing countries, Soon-Shiong said.

A spray may also raise immune cells in tissue called mucosa that lines the airway tissues, which could reduce spread in the virus the respiratory tract, he said.

Results from the company’s one U.S. study shows that ImmunityBio’s candidate generates T-cell responses equal to those in people that have previously had a Covid-19 infection. While it’s been effective against some other variants, it’s still being tested against delta.

Soon-Shiong is in talks with Cape Town’s Biovac Institute as well as other companies to develop vaccine production facilities in South Africa. The company has identified potential sites in Cape Town and Durban, the country’s second- and third-biggest cities, and could also choose to go it alone, he said.

Soon-Shiong said he wants to develop production capacity for mRNA shots and adenovirus-based inoculations like ImmunityBio’s in South Africa. He’s also interested in production of subunit vaccines that use pieces of viral protein to raise an immune response.

“My goal is to bring, ambitiously, all of the three platforms to bear, both at ImmunityBio and into South Africa,” he said.

An earlier version of this story corrected the location of the company.)