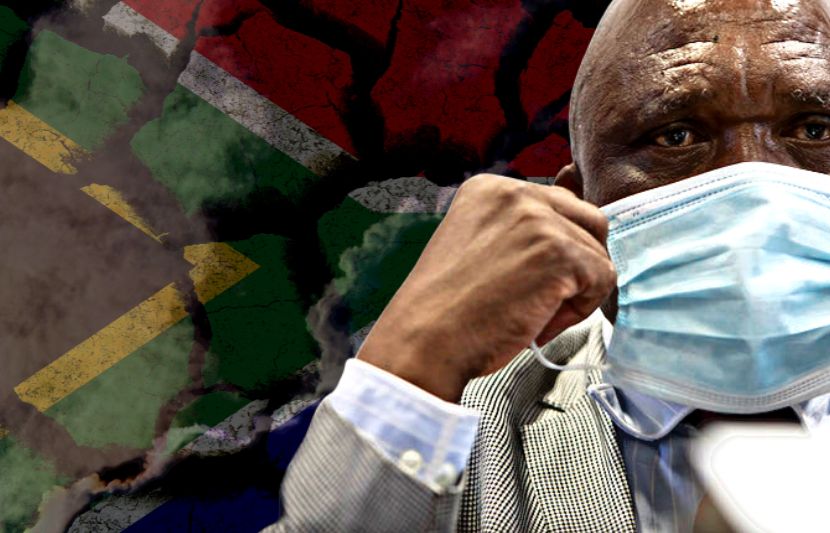 The draft health regulations gazetted by the South African Government an hour before midnight on Wednesday were so stealthily enacted as law that the significant implications thereof have gone mostly unnoticed. While it seems unlikely that Minister Phaahla will force a South African citizen to get vaccinated – which is expressly provided for in Regulation 15 of the new regulations – we must remember this is the same government that banned flip-flops and cooked chicken. Not a shining beacon of rationale. According to Solidarity chief executive Dirk Hermann, the extension of the period for public comment to 5 July is “an indication that it [the government] merely regarded the public’s opinion as an “inconvenience”, and would rather rule by diktat”. In this article, Onne Vegter – entrepreneur, writer and educator – provides a sorely needed rational perspective. Vegter highlights the absurdity of these regulations and asserts that the same are “unscientific, and won’t make a meaningful difference”. It is particularly peculiar that citizens who fought so tirelessly for freedom now appear to be relinquishing their power so readily. – Nadya Swart

All remaining Covid-19 restrictions in South Africa (initially announced under the national state of disaster and extended on 4 April 2022 as temporary transitional measures) were meant to be dropped from midnight on 4 May 2022, exactly 30 days after the transitional measures were announced by the president. Instead, shortly before midnight on 4 May, the health minister hastily announced new regulations as amendments to the existing Health Act, perpetuating mask mandates indoors, negative tests for unvaccinated travelers, and capacity limits for venues and gatherings.

While the new regulations are slightly better than the previous transitional measures, the government should, in fact, have just done away completely with all remaining Covid-19 restrictions such as entry requirements, mask mandates and capacity limits on venues. The Covid-19 pandemic is not over, but it is no longer a public health emergency, and these measures won’t make a meaningful difference. More on that later.

It is a travesty that these regulations were implemented by amendments to existing permanent legislation under the Health Act, essentially granting the Minister of Health the same power as the Coronavirus Command Council had under the state of disaster. And we know what the government did with that power. They banned cigarettes and liquor sales, banned us from online shopping, banned us from going to the beach, even banned sandals and cooked chicken. They abused their power and promulgated completely nonsensical and unscientific regulations.

Now the minister has announced new regulations that perpetuate most of the transitional measures, turning them into permanent law under the Health Act, without due process and without the required 90 days of public comment. By my limited legal understanding, these regulations are unlawful and unconstitutional. The health minister doesn’t have the authority to do what he did.

The regulations that were announced are also unscientific and won’t make a meaningful difference.

Cloth masks and cheap surgical masks don’t prevent transmission of an airborne virus. If they did, we would’ve stopped this pandemic in its tracks back in March or April 2020 when mask mandates were first implemented. At that time, we had a valid excuse: the WHO said the novel coronavirus was not airborne but spread by droplets. Now we know better and over 80% of South Africans have been infected despite wearing masks for the last two years. There is no excuse now, and no valid reason to perpetuate unscientific, ineffective and unconstitutional mask mandates.

Same with entry requirements. Under the new regulations, a 10-year-old with Covid-19, or a vaccinated adult with Covid-19, can get on a plane and enter SA without a negative test. This shows how completely pointless the negative test requirement is for unvaccinated travellers. Vaccination doesn’t stop you from getting or spreading the virus. The virus is endemic everywhere. The strict border controls and nonsensical travel bans that were implemented after Omicron was discovered, failed to stop Omicron from spreading all around the world. These measures did nothing to stop the virus but they did massive damage to tourism. We need to drop all entry requirements, like many other countries have done already. Screening for proof of vaccination or a negative test at the border is a useless tool that makes no meaningful difference.

The arbitrary venue capacity limits likewise make no sense. There is no science or data that says limiting capacity to 50% or 1,000 people will prevent or reduce the spread. For an airborne virus, social distancing and venue limits are pointless. Those ideas are based on an outdated assumption that the virus was primarily spread by droplets. If masks, social distancing, limits on indoor gatherings and border controls worked, why did almost everyone in South Africa and around the world get Covid-19 anyway, despite strict mask mandates, social distancing, restrictions on indoor gatherings, border controls and travel bans? Even our top scientists have strongly criticised the draft health regulations and called for the lifting of all remaining border restrictions and other Covid-19 regulations, as they will “not meaningfully alter the course of the epidemic of Covid-19 in South Africa”.

Since we know the virus is airborne and none of these measures have worked to contain the virus, why does our government perpetuate ineffective, pseudoscientific regulations, knowing the ongoing damage that is being done to the events industry and tourism sector? And why do they do so without following the correct legal process, sidestepping all checks and balances? This sets a dangerous precedent. These new regulations that were announced are now said to be part of permanent legislation in our Health Act and can be turned on or off at the minister’s discretion, without any state of disaster and without any process of public participation. It appears our government has become a law unto itself, and this charade is no longer about public health.

We South Africans tolerate such regulatory overreach at our own peril. These new regulations and unconstitutional powers claimed by the health minister need to be challenged if we love freedom and don’t want to see South Africa gradually descend into Chinese-style autocratic socialism.