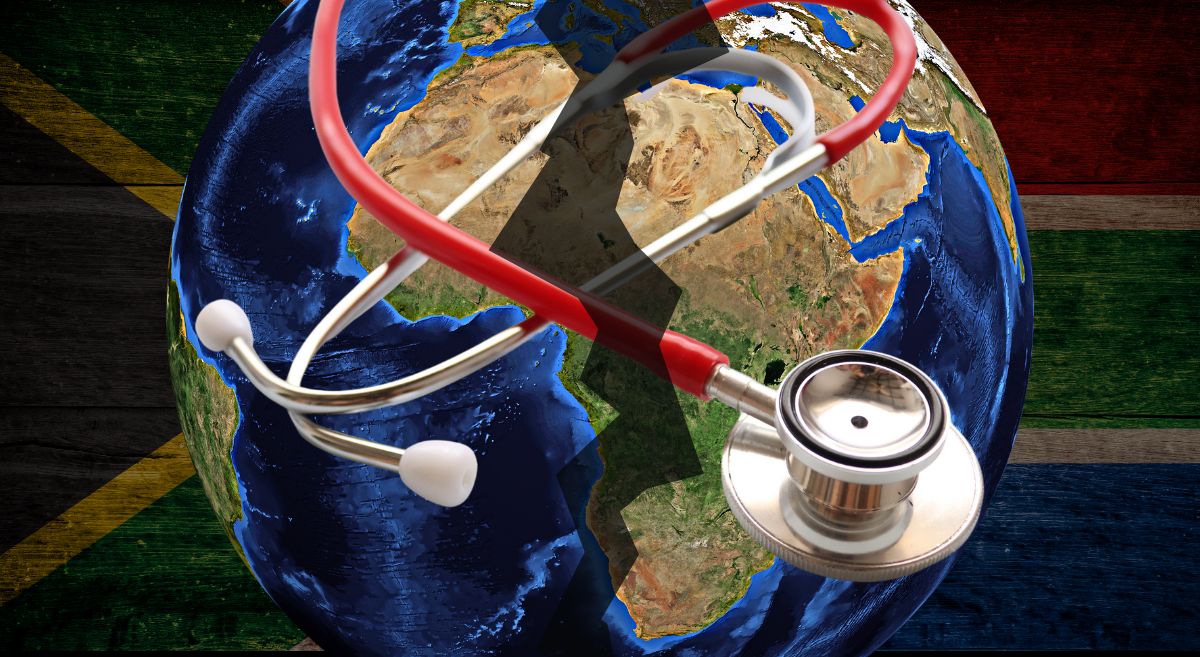 NHI – the  National Health Insurance – is being peddled as South Africa’s vehicle to “achieve universal health coverage in line with Section 27 of the Bill of Rights in the Constitution”. The NHI Bill is now before Parliament, after more than a quarter of a million submissions received from stakeholders and the public.. Unfortunately, but not surprisingly, instead of this being the beginning of rational deliberations, it appears only to have intensified the chasm between South African political parties. The DA has been accusing the ANC government of misleading the country because the Bill is only “a disingenuous attempt at dealing with our collapsed healthcare system”. The statement  is very hard to disagree with. The furtively insidious consequences of the NHI Bill being passed need not be reiterated. This article first appeared on MedicalBrief. – Nadya Swart

With more than 300,000 submissions from stakeholders and the public, the contentious NHI Bill now before Parliament will require long and hard deliberations but lawmakers are instead more likely to be weighing political allegiance and ideology against substantive engagement on the proposed legislation, notes MedicalBrief.

MPs on Parliament’s Portfolio Committee on Health last week started the arduous task of deliberating on each clause of the Bill and, as Spotlight‘s Alicestine October notes in an analysis of the proceedings, political  lines have already been drawn.

Last week, after the committee chair, Dr Kenneth Jacobs read out the first section of the Bill, the DA, EFF and Freedom Front Plus were straight out of the blocks to draw their battle lines and reiterate their opposition to the Bill in its current form, albeit for varying reasons.

DA MP Michelle Clarke highlighted issues around economic viability and affordability, as well as questioning the capability of government to “effectively establish and maintain such a large scale undertaking”.. The EFF, in turn, made it clear they do not support the Bill in its current form because it seeks to enrich the privately owned healthcare sector at the expense of the people. The party has been accusing the ANC government of “misleading” the country because the Bill is only “a disingenuous attempt at dealing with our collapsed healthcare system”.

Phillip van Staden of the FF Plus said, “it is abundantly clear that the NHI Bill cannot be implemented and that it is not the right nor the correct way to provide health care services to nearly 58 million South Africans”.

ANC MP Annah Gela retorted by referring to the “mentality of the opposition” and said that because they are among the minority who are covered by medical aids, they are sorted and so do not care about the poor.

As expected, once MPs eventually got to the more substantive issues in the Bill almost two hours after the scheduled start of the meeting, it was at clause 4 where they had their first stop. Clause 4 of the Bill lists all those eligible for healthcare services purchased by the NHI Fund.

Clause 4 (2), however, then provides for asylumseekers and illegal foreign nationals to only have access to emergency medical services – an issue that various stakeholders raised as a concern during public hearings.

ANC MP Nhlanhla Xaba proposed that clause 4(2)a should be augmented by a sentence that reads: “to provide a more comprehensive service to illegal foreigners, funding must be mobilised from originating countries and the multilateral agencies such as UNHCR and African Union to be negotiated through international agreements”.

This proposal is in line with the public statements made by ANC leaders, notably Health Minister Dr Joe Phaahla, who recently suggested that South Africa should be reimbursed by foreign governments for providing healthcare services to undocumented foreign nationals.

In clause 4(3) Xaba proposed that the word “illegal migrant” be replaced by the word “illegal foreigner” and confirmed that he (and later also other ANC MPs in the committee) agreed with the rest of the clause as is.

From the DA camp, MPs reminded the committee of all the international treaties especially as it relates to foreign nationals to which South Africa is a signatory,, and highlighted what was labelled as several contradictions. DA MP Lindy Wilson said and EFF MP Dr Sophie Thembekwayo asked that these be clarified and clearly differentiated. On the issue of asylum- seekers  being limited to emergency health services, Wilson warned about the constitutionality of this. “We can’t just say you can only get emergency medical services and then let them die of malaria.”

Next week, Clause 5 of the Bill, which provides that those eligible to receive health services as purchased by the fund will have to register at an accredited healthcare service provider or health establishment, will be in the spotlight.  As some stakeholders argued, this will automatically disqualify undocumented foreign nationals in the country who do not have the necessary documentation to register.

The issue of accreditation of health facilities is captured in clause 39 of the Bill and will also have implications for access to quality care. The Bill requires health facilities and service providers contracted by the Fund to be accredited through the Office of Health Standards Compliance – an institution that has been frank when briefing the committee in the past that budgetary and capacity constraints hamper it fulfilling its mandate. MPs, especially opposition MPs, have been vocal about this shortcoming, so the issue is expected to get some mileage out of the deliberations. The DA, specifically, has been hammering on the issue of quality of healthcare services – a word mentioned about 34 times  in the Bill, and the OHSC will be key in having to ensure this.

Meanwhile, the enormous power granted to the health minister  in the Bill must be curtailed to safeguard the ambitious scheme from corruption and meddling, the Daily Maverick argues, saying  the COVID-19 PPE tender saga showed the preponderance of corruption and how the politically connected are benefiting.

Yet the NHI Fund will be the sole provider and contractor of healthcare services, with enormous powers  of “governance and stewardship” for the minister, as well as appointing everyone on the NHI Fund board.

The State Capture commission reports, like those on Eskom, detail how ministers opened doors for pliant board members for the Guptas and their business associates to loot state-owned entities.

What’s needed are measures to limit wide-ranging ministerial powers; to allow parliamentary oversight in appointments as happens with the SABC, the Auditor-General and the Public Service Commission (and elsewhere), and fund decision-making.

Insulating the NHI from influence-peddling officialdom and the politically connected is crucial.

Health must be for health’s sake — patient-focused, supportive of healthcare professionals, responsive and dignified. Only an NHI that does that will deliver universal quality healthcare.

The NHI is South Africa’s vehicle to achieve universal health coverage in line with Section 27 of the Bill of Rights in the Constitution.

Last week’s deliberations on the Bill are one of the last legislative steps before the health committee agrees to it, and takes it to the House.

This law will establish the NHI Fund — and matters like funding, committees for determining benefits, health product procurement alongside an internal appeals process and an internal investigation unit for malfeasance claims.

While in 2010 private medical cover was still a voluntary option, the NHI Bill allows private healthcare  only to provide top-ups, or “complementary services”. That’s cosmetic surgery, “fashionable spectacle frames” and “expensive dental procedures” for aesthetics, according to a Health NHI information brochure.

Private healthcare providers, among others, are displeased, even if the draft law elsewhere clearly talks of the NHI Fund contracting accredited health service providers.

Currently, the public healthcare system is at breaking point: electricity and water outages, stock-outs and the lack of medical equipment as officialdom leaves bills unpaid and theft spoils operations.

Hospitals are in dire straits. Having to queue from 4am at clinics  is common, with no guarantee of seeing a doctor before they close.

At the 2010 ANC National General Council in Durban, then ANC National Executive Committee health subcommittee chairperson and KZN premier Zweli Mkhize said: “Membership  of the NHI would be compulsory for the whole population, but the public can choose whether to continue with voluntary medical scheme cover.”

The main source of revenue for the NHI fund “will be allocations from general taxation,” he added.

The 2012 Mangaung ANC conference said, “the NHI fund be set up urgently using state revenue by 2014”.

The 2017 Nasrec ANC conference resolved “The ANC should ensure that the implementation of the NHI remains a priority” and that medical aid tax credits should be used to fund what was increasingly called universal healthcare.

By then it was clear the 11 NHI pilot projects started in 2014 had shortcomings, and the Office of the Health Standards Compliance established in 2013 highlighted that the public health sector struggled with basics like cleanliness.

Still, the NHI has been an election promise in every ANC election manifesto since 2009, notes Daily Maverick.