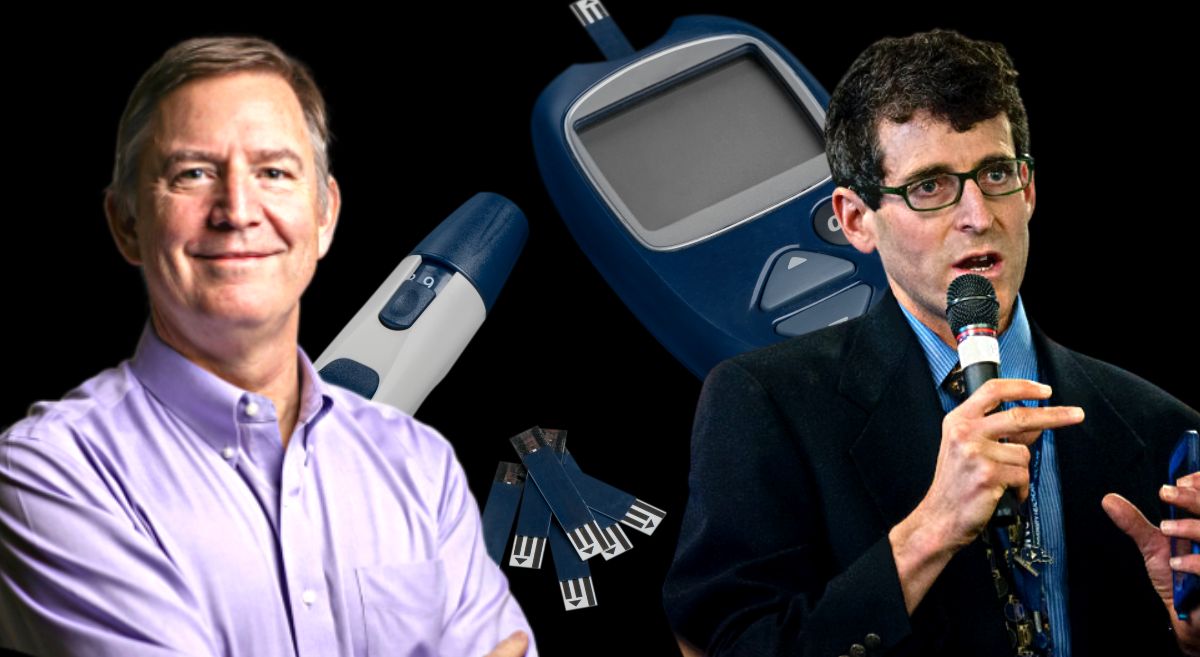 Currently, there are both more gyms, and higher obesity levels, than ever before. Something is definitely amiss. The low carbohydrate, high fat diet (LCHF) has been proposed as an antidote to diabetes and other health issues. To delve into LCHF, BizNews spoke to two highly esteemed doctors: Dr Mark Cucuzzella, a professor at West Virginia University School of Medicine and an advocate for nutritional science, and Dr Eric Westman, an internal medicine and obesity specialist, who has been an authoritative source on low-carb/keto diets for over 20 years. Both experts provide meaningful insight into LCHF, into concerns that fat makes you fat, on diabetes remission and more. – Nadya Swart

Dr Eric Westman on his introduction to LCHF

Two of my patients had phenomenal weight loss success. This is going back now to 1998. A few years ago in my clinical practice at the Veterans Affairs Medical Center in Durham, North Carolina, where I’ve been since that time, two of my patients did this kind of diet and lost a lot of weight. And I asked them, “What did you do?”. And so, it was observing the results in my patients that led me to be curious. I contacted doctors who had used this approach and then we started our own research programme at Duke. You know, we all come to it in different ways. And yeah, I was struck by how powerful this could be, because these patients did it without me. They didn’t need a doctor. And, you know, I thought, “Well, we’ll do a few studies and everyone will be doing this”. But 20 years have passed, and clearly not everyone’s doing it. I got into it because I saw it having success in my patients. I was worried about the safety of it. So, that’s why we started to do research on it.

And then once they finally get a grip on that and they really address that self-sabotage or that addiction head-on, you know, then they do it. I had a 21-year-old patient this morning who has lost 40 pounds in four months. And she had PCOS – polycystic ovarian syndrome – referred by her obstetrician. It’s insulin resistance at the ovarian level. It will present before they’re diabetic, but basically they are diabetic. They’re hyper-insulinemic. But she’s 21 and she shocked me, because she has always been the baker for her friends. But on day one of this, she was able to shut that off 100%.

Dr Westman on the reliability of LCHF

Our generational differences are significant, no question. If you’ve grown up with sugar, you’re going to want sugar. Although, once you have diabetes, it’s hard at any age. I think most younger folks want things to happen faster. Immediate gratification isn’t fast enough. So, that’s where it’s a balance: you have to really say, “Yes, this will work!”. Now, Nadya, I’m going to shake your language a little bit. It’s not incredible in the sense that it’s amazing, that it works randomly. Incredible? No, it’s reliable. What’s incredible and unbelievable is that doctors don’t know about it – so they don’t believe it.

In a clinical setting, when I’m trying to reverse extreme obesity and diabetes and other metabolic problems, I use a very strict 20 total grams or less per day. The Verde Health company uses 30 total grams or less per day, because it means you’re going to be a fat burner. But I have a new book out called End Your Carb Confusion that actually has three different levels of carbs. So, it depends what you’re trying to accomplish.

On whether LCHF – followed properly, healthily and sustainably – is able to put diabetes into remission

Dr Cucuzzella: I’ve seen some amazing diabetes remissions just in the last 4 hours in my clinic. It’s been, actually, a wonderful morning. But, you know, I’m behind and I’ll be here doing my charts until 6.30 at night, but it’s worth it when you go back and actually have to dictate these charts. You know, it brings you joy. And they ultimately don’t need you anymore. Everyone can get better. Like, even if it’s not fully reversible, everyone can get better and that decreases their cardiovascular risk.

On whether fat makes you fat

Dr Westman: It depends on the context. Fat can make you fat. But for the general population, most people, it’s the carbs that make you fat. What you eat for the entire day matters.

Dr Cucuzzella: I think Dr Robert Lustig explained this pretty well, like ten years ago. The perfect storm is fat and carbs at the same meal. So, let’s look at the perfect processed food. You have a ton of carbohydrates which raise the insulin, but then you have this highly calorie dense, palatable fat. So, it’d be like a processed pizza. You know, it’s all the carbs, all the fat, high calorie, no protein. The protein we need to make us full.

In South Africa there’s a lot of poverty. So, protein’s the most expensive macronutrient, this is the cherished macronutrient. So, if we can’t get people protein, the cheapest stuff is vegetable oil – cheap fat – and sugar and white flour. And then your brain doesn’t even know. That’s the modern food environment: it’s a lot of carbs, a lot of cheap fat. And fat and carbs at the same meal: buyer beware. It’s not going to end well. And we’ve witnessed that.