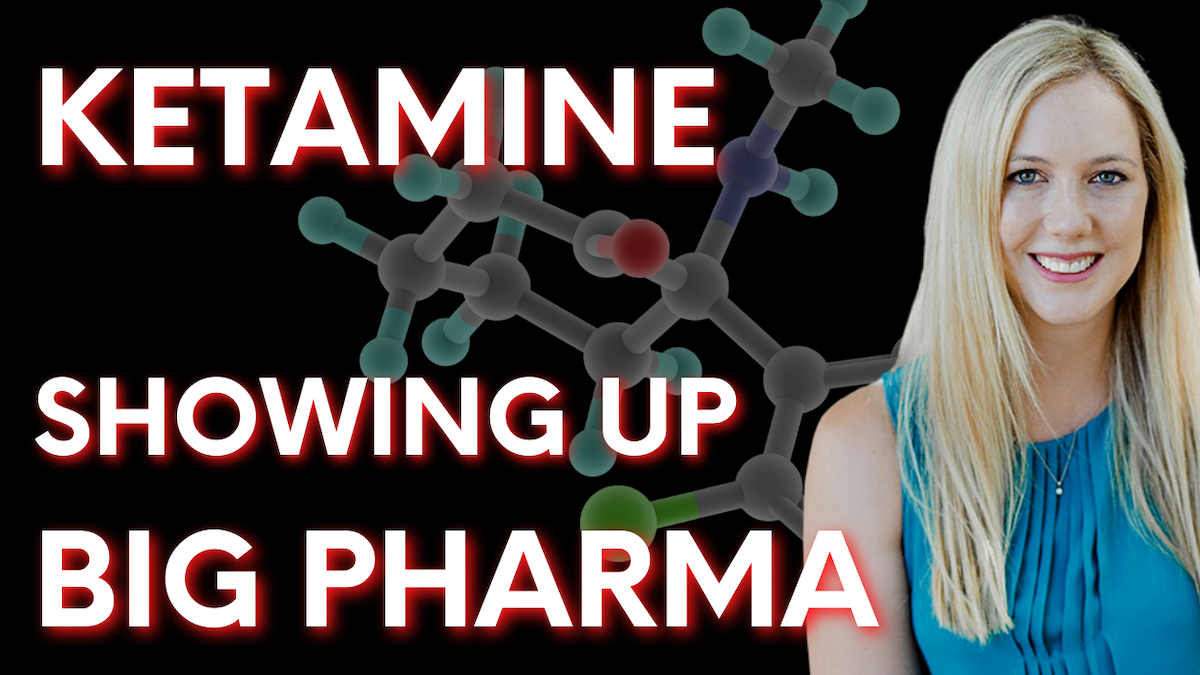 South Africa is facing myriad crises. One of them is depression. Recent statistics indicate that 23 South Africans commit suicide every day and for every person that commits suicide, 10 have attempted it. This is disturbing on every level. Even Big Pharma’s extensive catalogue of purported ‘cures’ have, evidently, fallen superbly short. This brings us to Ketamine – a severely misunderstood drug, mainly because of its start in life as a horse tranquilliser. Ketamine is currently gaining traction as a successful treatment for resistant depression, PTSD, chronic pain and anxiety. BizNews spoke to mental health practitioner Dr Lené le Roux to find out more about a therapy which is bringing hope to many.

Dr Lené le Roux on her background and interest in Psychiatry

So I trained as a medical doctor at the University of Stellenbosch, obtained my degrees in 2013, and then I did two years of internship at Tygerberg Hospital, followed by a year of community service where I was lucky to be placed in a psychiatric hospital. So even my community service here was done just in psychiatry. And then I did three years of psychiatric registrar training at UCT after that. And then I started my own practice. And I’ve been in private practice now for about a year-and-a-half.

When I was applying for medicine initially, it was just after school. I actually applied for psychology and medicine. So I think it’s always been a part of what I enjoyed doing. And then when I did my rotations as a student through psychiatry, you rotate multiple times through different sorts of disciplines. And every time I did a psychiatric block, I just found that I was the most happy. And so I was very fortunate to be able to do my community service in psychiatry and sort of prepare for exams and that kind of thing at that time. Yeah. So I think it’s just a path that I’ve always needed to follow.

Ketamine is an anesthetic medication initially. Yes, people do refer to it as a horse tranquilliser, but we also use it in human anaesthetics. So, for example, if a child was to break a bone and they just need it to be set in the emergency unit, instead of going under full general anaesthetic, well, administer some Ketamine to the child and reset the bone in that way. So it’s been used for many, many years as an anaesthetic medication, and we don’t use it at those kinds of doses. When we treat depression, we use much, much lower doses. but its original use was as an anaesthetic.

I think that it’s something that has become more and more accepted within the psychiatric  fraternity over the last few years, because there’s more research that’s been published on it, and we actually have now got more treatment guidelines and that kind of thing that are evidence based. And I think we all, as practitioners that work in mental health, become very concerned about our patients. When we’ve tried multiple different drugs, we’ve tried different classes of drugs, we’ve tried augmenting with things like antipsychotics, and we just hit a wall where some patients just don’t respond.

But now that we have access to Ketamine, it’s a really great extra tool in our toolbox that we can use when we hit that wall. And it doesn’t necessarily need to be a patient that has been struggling with depression for years. It can be somebody that’s more acutely depressed but isn’t responding adequately to medication or if there’s a very high risk of suicide. So people sometimes referred to Ketamine is like the anti-suicide drug because it shifts suicidality very quickly. So we use it sometimes in that sense as like an emergency measure, but we also use it in patients that have had longstanding chronic depression.

The first antidepressant effects of Ketamine are seen within 24 hours after your first injection. We do the initial treatment of six sessions and then it’s very patient based. So if they didn’t go completely into remission within those six sessions, we recommend a few top-ups, usually 2 to 3. Kid’s immune response is very different. So sometimes after a couple of months, we might need to do two or three sessions again just to get them back on track.

It’s not something that I think will ever be home administered because there is a potential for abuse. Esketamine is a form of Ketamine that is going to be launched later this year in South Africa, and that’s a nasal spray. But it will also need to be done under complete supervision and guidance by a doctor. Okay. So there is a potential of abuse with Ketamine because it is, as you know, used as a recreational drug. However, we don’t really see that in clinical practice when we  administer under supervision.

It’s an enjoyable experience most of the time so that patients start to seek that pleasure. It’s not something that forms an addiction, as in that you have withdrawal symptoms or that you build tolerance to it, which is a bit different to other drugs. One of the indications for Ketamine is substance use disorders. People with alcoholism, cocaine addiction, that kind of thing have found that they have reduced cravings if they have had a few sessions of Ketamine. So it’s actually used to help patients get off other recreational drugs.

On research into other alternative forms of treatment

Psilocybin, which is mushrooms, is being researched extensively at the moment internationally because it has been approved for use in depression in other countries and the protocols are still being developed to administer it. And it’s often used as part of a psychotherapeutic intervention. So patients will actually have therapy sessions preparing them for the psilocybin dosage.

They’ll then have psilocybin under the care of a therapist and have a few more sessions, have another session of psilocybin. A protocol is being developed and they are having amazing results. I think it is something that’s going to be available in the future here as well. Once that research is sort of finalised and the evidence is there, hopefully it’ll be available to the South African public as well.

On the legal challenges of decriminalising the substance for therapeutic purposes

It’s not criminalised at the moment. It is legal. It’s off-label use. So Ketamine is a legal drug to be used by doctors, but it’s off-label use for depression school and Esketamine is hopefully going to be on-label use and it has been approved in other countries. So it’s something that medical aids might even end up paying for:  at the moment they don’t pay for Ketamine treatment for depression at all.

But once it’s on-label use, they will probably start funding it as well, which will be great because Esketamine nasal spray is extremely expensive. It’s about R3,000 per spray and for one session you sometimes need up to three sprays. So that’s a R9,000 decision. So yeah, it’s not going to be something that’s accessible if medical aids don’t pay for it.

On the range of disorders that Ketamine can assist with

At the moment, we use it mainly for treatment resistant depression, and that’s for people with major depression as well as bipolar depression. There’s actually been the most research done in bipolar patients with depression where there’s a risk when you start an antidepressant. With bipolar patients, if you start an antidepressant, they can become manic and sort of go to the opposite spectrum. Ketamine doesn’t cause that mania, so it’s a safe way of intervening for bipolar depression.

I mean, assisted psychotherapy is not really available at the moment. There’s one clinic that does offer it, but it’s very expensive because it’s quite time intensive. And obviously you need a psychotherapist present. How I do my sessions is that I do sit with the patient before the time, and reflect on what we’re doing today. So it’s an intention for the session: whether that is just having compassion with themselves, whether that is focusing on the healing, what’s going to happen in their brain, what if it comes up for them and their intention we focus on and then afterwards we spend 10 minutes just sort of debriefing about the session. What did they see? What did they experience? Is there anything specific that came up? I want them to leave feeling like they’ve had time to process the session.

And so, of course, I’m not a trained psychotherapist and that’s not my specialty, but I do offer some sort of counseling support in that sense at each session. And patients have their own psychotherapists as well, so they continue to see the psychotherapists privately while they’re doing the Ketamine treatment. Once or twice a week, they see their therapist as well. And I’m usually in contact with the therapist during this time.