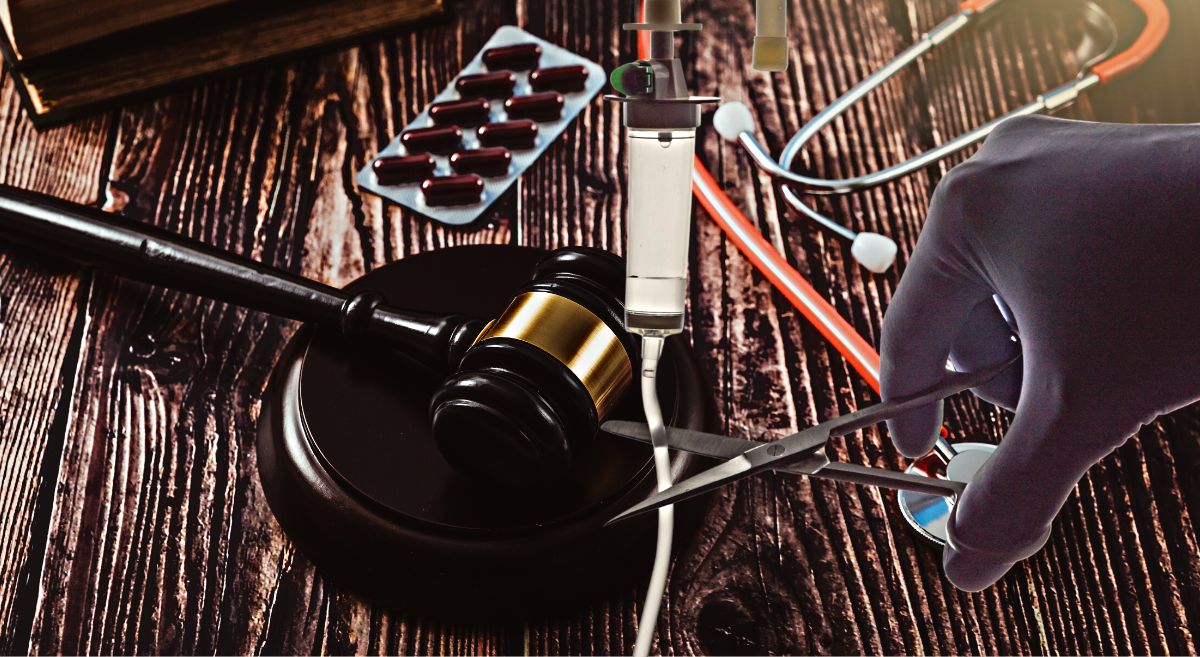 Euthanasia is one of the most contentious subjects across the world. South African common law dictates that active forms of euthanasia are illegal, while the withdrawing or withholding of life support is legal where a patient has given an advance directive, or where further treatment is considered futile. Considering the constitutional right to human dignity (enshrined in article 10 of the Bill of Rights), this distinction is particularly perplexing and highlights the need to ​​confront the tension between the common law and the Constitution. The debate around euthanasia was heightened recently by the case of Professor Sean Davison, who was charged with three counts of murder after helping individuals who asked for assistance in their deaths. It is noteworthy that Davison’s punishment of house arrest as the sentence for three charges of murder would seem to indicate a significant shift towards legalising euthanasia. – Nadya Swart

The right to die: unpacking an ethical dilemma in South Africa

Sean Davison, the euthanasia activist and co-founder of DignitySA, recently completed a sentence of house arrest in South Africa for his role in the deaths of three people. He said he had not committed a crime or murder, but had helped these people because they were desperate to die. Anrich Burger, Justin Varian and Richard Holland were suffering unbearably with no hope of recovery and were unable to end their own lives.

Late South African emeritus Archbishop Desmond Tutu, in whose honour Davison wants to fight to change the laws around assisted suicide, once wrote that he would want the option of an assisted death. Tutu argued that dying people should have the right to decide how and when they wanted to leave this life.

Legislation in Canada, and a number of US states and European countries, for example, allows assisted suicide. But there are still billions of people around the world, as in South Africa, who do not have this right. The question of whether this is a right is a debate that has been raging for years in medical ethics and in religious groups.

This article is not about the religious or strictly legal aspects of the debate, but grapples with the ethical tension between arguments for and against active forms of euthanasia

There are broadly three arguments against active forms of euthanasia:

One is known as voluntary active euthanasia. This is when the death of a patient who is competent to make such a decision is intentionally brought about, and where death is reasonably believed to be in the interests of, and based on, an informed request by the patient. The doctor’s act is the proximate cause of death.

The second form of active euthanasia is where a doctor assists a patient in suicide, called “physician-assisted suicide”. The doctor intentionally provides the means to a competent individual who then takes his or her own life.

In South Africa, both forms of euthanasia are illegal.

Constitutional and other supportive perspectives

In a constitutional democracy, active euthanasia should not be dealt with primarily as a theological issue. Of course, people of faith may express their beliefs about it, but they should not expect to dictate the law. There are many citizens who do not share religious values.

Although legislation in South Africa prohibits active forms of euthanasia, I believe that it is not against the constitution. The bill of rights includes three relevant rights:

There is another point in favour of active euthanasia. The development of medical science means that people have more control over death and life than ever before. Although life has high value, it is not absolute.

People make decisions throughout their lives about their health. But when they are terminally ill, often in unbearable pain and suffering – and sometimes even losing their dignity – they are not allowed to decide when they want to die.

If someone is terminally ill and suffering, can a strong moral case not be made that such a person – within prescribed medical-ethical parameters, such as the patient’s suffering, prognosis, mental competence, informed decision-making and clear communication – should be assisted with the dying process?

In support of active euthanasia

Three arguments have been put forward in support of active euthanasia:

Personal autonomy should be respected. This implies that a competent person has a moral right to make his or her own choice.

Unbearable suffering should be prevented. Nobody should be forced to endure suffering – often at high medical cost.

When life is no longer good, and death is no longer bad, and when death is therefore preferred to continuing life, the role of medicine could change from healing and preserving life to helping someone die in a way that is compassionate, kind, gentle and respectful.

I believe everyone should be allowed to choose his or her “moment”. For me, active forms of euthanasia are not so much the termination of life, but rather the shortening of suffering and the dying process.

Moral equivalence. Physician assisted suicide is like other practices that are already morally acceptable – such as passive euthanasia.

To withhold treatment is viewed as an omission while physician assisted suicide and voluntary active euthanasia are regarded as acts. But people are morally and legally responsible for both acts and omissions.

South Africa is a country where people hold strong and various opinions. This diversity of opinions must always be considered, according to the Constitution. South Africans did it with the termination of pregnancy (which was legalised) and the death penalty (which was scrapped).