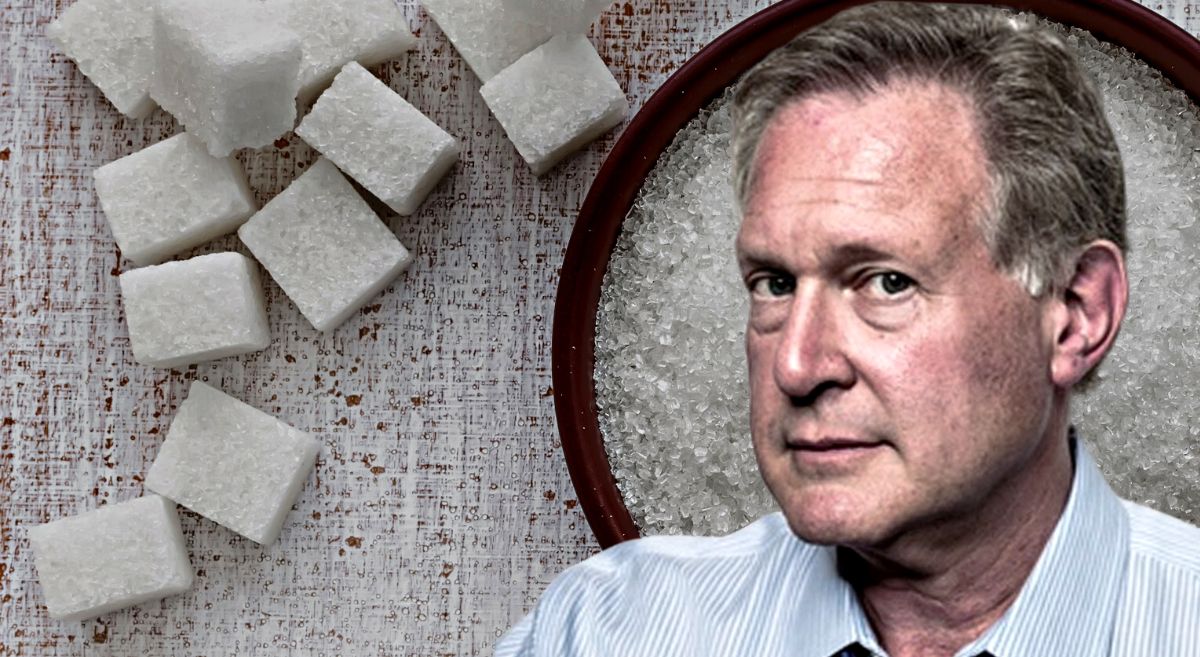 So often, we hear of the harmful effects of processed foods and sugar, but most of us don’t listen. BizNews spoke to Dr Robert Lustig,  Professor of Paediatric Endocrinology at the University of California, San Francisco, a leading public health authority on the impact of sugar on fuelling diabetes, obesity and metabolic syndrome epidemics, and on addressing changes in the food environment to reverse these chronic diseases. The New York Times bestselling author shared crucial insight into the current obesity and chronic disease pandemic, and the extent to which Big Food, Big Pharma and Big Government have led us to this position. – Nadya Swart

Dr Robert Lustig on his occupation as a paediatric neuro-endocrinologist

Well, I am a paediatric neuro-endocrinologist. That means I take care of children and I study how the brain controls hormones and how hormones control the brain. In particular, I’ve been most interested in obesity and the obesity epidemic, but I’m also very interested in the type two diabetes epidemic that has basically taken all developed and developing countries by storm. So there’s a certain amount of metabolism, a certain amount of neuroscience that goes into figuring this all out.

Back in 2006, I realised that sugar was metabolised in the liver virtually identically to that of alcohol. And it made sense that that would be the case because after all, where do you get alcohol from? Fermentation of sugar: it’s called wine. We do it in Napa and Sonoma every day. The big difference between alcohol and sugar is that for alcohol, the yeast does the first step of metabolism called glycolysis. For sugar, we do our own first step. But after that, it doesn’t matter what your cells see, which are mitochondria, the little energy burning factories inside each of your cells. It’s virtually identical, whether it’s alcohol or sugar. And so it shouldn’t surprise anyone that children now get the diseases of alcohol – type two diabetes and fatty liver disease without the alcohol. Our food supply has basically been contaminated. It has been tainted in such a way as to promote chronic metabolic disease, not just among adults, but in fact, in children. And the only way to fix it is to call out the problem. And so I gave a TED Talk explaining this, called ‘The elephant in the kitchen’. And, you know, lots of people now understand this. And certainly, you know, that has gone viral and I’m very pleased that the education has progressed. But I haven’t seen very much in the way of food industry action on the issue.

On the ways in which Big Food, Big Pharma and Big Government are responsible

Well, they’ve learned over the past 40 years that, number one, we love it. Number two, we’ll pay any amount for it. And number three, when they add more, we buy more. They know that it’s addictive and they know because they’ve told me so. The point is that there are no laws preventing this. It’s perfectly legal. And so they’re going to drive this bus until the wheels fall off. Until someone steps in to do some sort of regulation.

On the harmful effects of sugar

People think that sugar is just calories. You know, you throw a gram of sugar into a bomb calorimeter and you explode it and you get four calories, all right. Sugar is not energy. It actually impacts mitochondrial functioning. It actually inhibits burning. It also inhibits growth. So, if a food does not help promote burning and does not help promote growth, is it a food? And the argument that I’m making is that, in fact, sugar meets the criteria for poison, not food. Now, that’s a stretch for some people. But, in fact, the scientific data support the argument.

On the link between gut health and mental health

First of all, you should understand that mental health disorders are skyrocketing all over the world, particularly in the United States, but in other countries as well. This preceded the Covid-19 pandemic, but Covid-19 made it much worse. God knows, virtually every adolescent has a mental health disorder today. It’s really, you know, quite remarkable and I’m very aware of that. Having said that, this did precede the COVID-19 pandemic. We now have data to demonstrate that mental health disorders such as addiction, depression, ADD, OCD, schizophrenia are mitochondrial disorders, disorders of the mitochondria. My colleague, Dr. Christopher Palmer is publishing a book called Brain Energy, where he posits that in fact, all psychiatric diseases are actually metabolic diseases of the brain. And I concur. I think that’s exactly right. And that the primary driver is our processed food supply and that when you alter patients’ diets to get rid of processed food, their mental health improves, because their mitochondrial function improves. And we have data to support that.