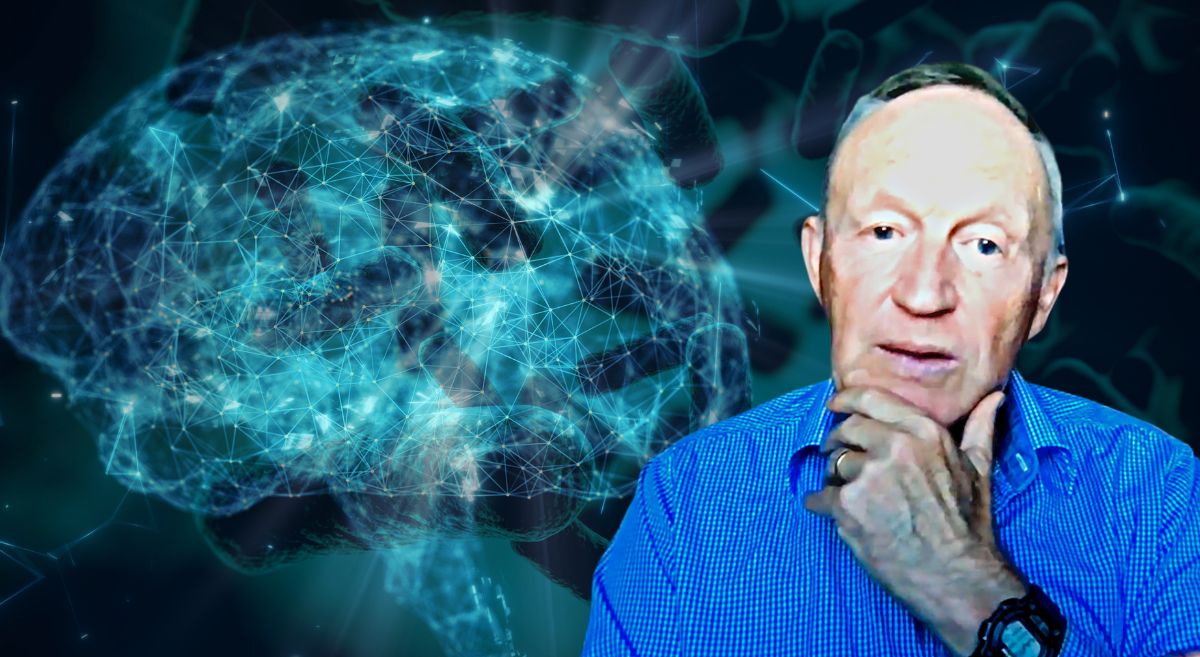 Depression and anxiety are mental illnesses that have become ubiquitous in modern society and their prevalence is on the rise, as is the widespread use of antidepressants and other medication to combat the crippling symptoms which accompany them. Antidepressants, however, are in no way a panacea to depression. In addition to treating the symptoms and not the root cause, many antidepressants have terrible side-effects, as discussed with Dr Joanna Moncrieff recently. Dr Ted Dinan, Emeritus Professor of Psychiatry at University College, Cork and one of the world’s experts in the  field, comments on the link between mental health and the gut, and has been looking to the gut for a potential alternative to antidepressants. BizNews spoke to Dinan about the gut microbiome and how psychobiotics could revolutionise the treatment of depression. – Nadya Swart

It was when I was a senior lecturer in Trinity College here in Dublin that I became interested in the brain gut axis, but this was back in the late eighties, early nineties. I was starting out, it was my first faculty post and nobody really, I suppose, incorporated or thought that the microbes within the gut were important. So I published a series of papers. Frankly, they were not… I won’t say they were badly received, they weren’t really received at all, nobody really cited them to any significant extent. They were on the brain gut axis. I thought it was an interesting enough field and I have lots of friends in gastroenterology, so they were kind of, you know, my accomplices, as it were, in those initial studies.

But it’s really only within the last 20 years, I suppose, that the role of gut microbes within the gut brain axis has become recognised. And about 20 years ago, you know, we began researching this field. As many of your viewers will know, unless you have a lot of money to do research, you can’t do really high calibre research. You know, sometimes you might be lucky and you might do something with very limited resources, but generally speaking, you need a lot of funding. And we were very lucky that the Irish government at the time decided that they were going to fund a number of centres in Ireland and they were going to provide serious money, you know, several million euros a year. And they funded our centre.

Now the  APC Microbiome Centre Ireland focuses on gut microbes. It’s not all related to the brain, but my group clearly is. So really, I suppose, what I have felt over the last 20 years and we’ve obviously published very extensively in lots of different types of journals, from basic science to clinical, is that gut microbes do influence brain function.

On the communication routes between the brain and the gut

There are a number of parallel routes of communication between the gut and the brain. Some of these are bi-directional. The brain sends signals to the gut, the gut sends signals to the brain. I suppose the obvious bidirectional route would be the vagus nerve, that really long meandering nerve which connects brain and gut and that does send signals from gut to brain but also brain to gut. But there are other routes of communication as well. Short chain fatty acids are an important route of communication. Of course, they’re very much influenced by diet. But, you know, our microbes produce short chain fatty acids. We don’t really produce them in any quantities. So if we didn’t have microbes, we wouldn’t be able to produce short chain fatty acids.

I’m a psychiatrist from a very traditional background. I mean, I largely trained in the UK and Ireland, but, you know, I’ve lectured all over the globe over the years. And if you had asked me that question, you know, 15 or 20 years ago, I would have probably said, “look, the impact is minimal”. I’m now of the view that psychiatry has really neglected nutrition. There are lots of very good psychological therapies out there. There are drugs that are reasonably good. I think they’re as good as the psychological therapies are in terms of evidence. But I do think that diet is very, very important when we talk about mood and anxiety levels. And I do think that, you know, psychiatrists and psychologists, if they’re treating people with mood disturbance, should give them dietary advice, which in general, they don’t.

So, I suppose, the logical question is: what is the best diet for a healthy mood and for dealing adequately with stress? And one would have to say that it’s probably a diet that’s rich in fruit, vegetables, nuts, fermented foods and fish. I think that highly processed foods are detrimental to our gut microbiota and are detrimental for our mental health. If we have a lot of trans fats, now, there’s been a big effort in many countries and certainly here in Europe to reduce trans fats significantly in the diet, but I am absolutely of the view that trans fats are exceedingly bad. But generally processed foods are bad and I think that too much red meat is also not good for one’s mental health. It just isn’t.

On the gut microbiota and its relation to mental health

The gut microbiota consists of bacteria, viruses, fungi and the dominant source is clearly bacteria. The bacteria have a bigger bulk. I mean, if you look at the weight of bacteria in the average adult intestine, it’s over a kilogram in weight. So, there’s over a kilogram of bacteria. Now, that’s really about the weight of the human brain. A kilo to a kilo and a half is about the weight of the human brain. So we have over a kilogram of bacteria in the intestine. We know far more about their activity than we, let’s say, do about viruses for a variety of reasons. And when you look at these bacteria, there are about a thousand strains of identified bacteria in the gut and certain bacteria we associate as being good bacteria, being particularly good from a mental health perspective. Various lactobacilli have been tested, various bifidobacteria. Now there are probably lots of other bacteria there that we really haven’t looked at at all that may be of pivotal importance to mental health, but the ones that really have been most extensively studied now would be lactobacilli and bifidobacteria.

On psychobiotics and their potential to improve mental health

Psychobiotics are bacteria, which, when we ingest them in adequate amounts, have a positive mental health benefit. Now, one would have to say that much of the research today, not all, but much of the research has been preclinical in animals rather than in humans. And when we come to mental health, most – and again, not all – of the research has focused on stress. Now, stress is not a disease. We all suffer from stress intermittently. And stress can be a good thing to a point. Of course, when it goes beyond that point, it’s not a good thing. But up to a point, it clearly can be beneficial. And most of the research right now has focused on stress. And there is a lot of evidence out there that certain bacterial species, if they’re ingested, improve an individual’s capacity to deal with stress.

For instance, we published on many different bacteria, but there was a Bif. longum that we published on and it’s actually available. I don’t have anything commercially to do with it, but I happen to be one of the people, myself and John Cryan, who did the initial research on it. And it’s available in Europe and  available in the US as well. And basically this Bif. longum, when it is ingested, does seem to improve people’s capacity to deal with stress. And not only is that an objective capacity improvement because people feel that they can deal more effectively with stress, and of course, this was placebo controlled, so they didn’t know whether they were taking placebo or they were taking Bif. longum. But the Bif. longum seemed to help individuals deal more effectively with stress.

Now, the main stress hormone in humans is cortisol. And what we essentially found was that when people felt they were dealing with stress effectively, their cortisol levels were lower. So, here was a bacteria that reduced stress levels and reduced cortisol as well. We also did another study – again, placebo controlled,  looking at students over two semesters here in Cork. And what we did was: when they were doing their exam, one semester we put them on either placebo or the Bif/longum and in the next semester we put them on the alternative treatment. And we looked primarily at sleep. And what we found was that sleep duration was enhanced during the time they were taking the Bif. longum, as opposed to when they were taking a placebo.