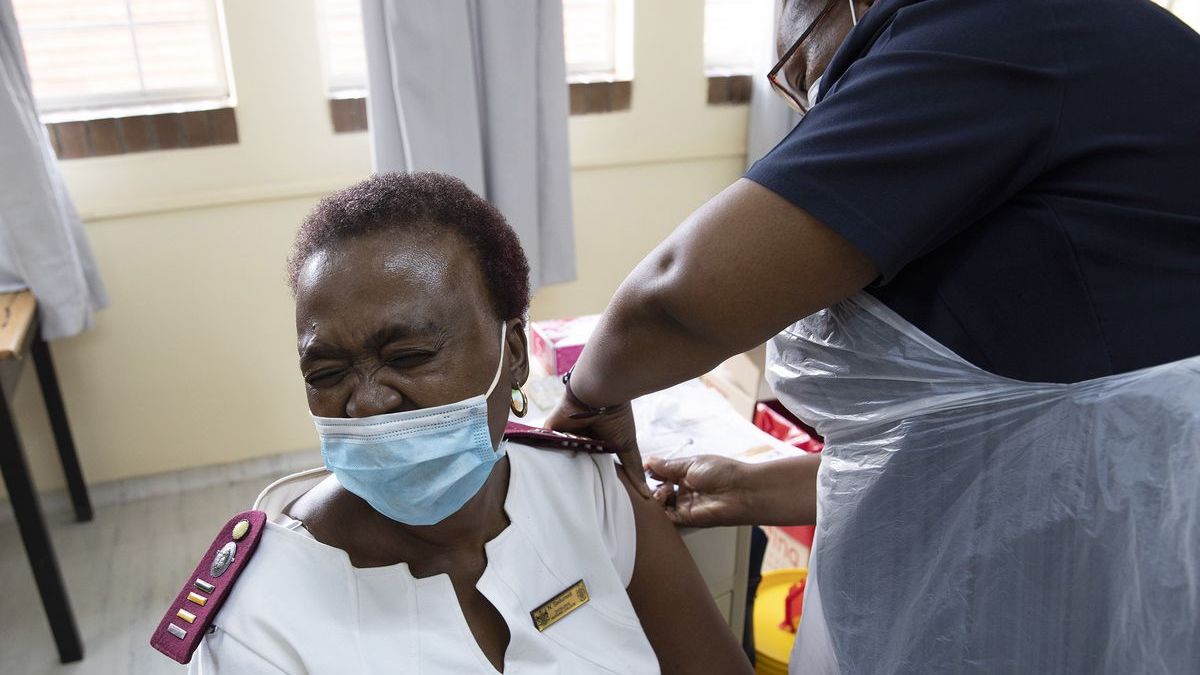 A veteran private hospital nursing chief has told the Hospital Association of South Africa, (HASA), conference that SA can ‘forget about an NHI if we don’t resolve the nursing crisis.”

Fasie Smith, group nursing manager of Lenmed Health and a member of the Royal College of Nurses, has 45 years of nursing under his belt. Looking directly at Director General of Health, Dr Nicholas Crisp, who earlier blamed the dire shortage of specialist nursing posts on massive budget cuts, Fasie said that another Covid-like pandemic could prove the downfall of the healthcare system. A lack of specialty training, output bottlenecks and obstructive bureaucracy in accreditation, plus new training criteria were crippling SA’s nursing profession, and thus healthcare delivery.

“I have heard speakers talking about a move to home care (to decongest hospitals). I cannot imagine how you do that equitably in a township – or is this only for people with medical aid? The education and training of specialist nurses is impacted by autocratic red tape such as an 18-month delayed accreditation by the SA Nursing Council, (SANC),” he asserted.”

Smith said the worst affected areas were adult critical care, neonatal care, and premature infants. According to Estelle Coustas, former nursing executive for MediClinic, the SANC now insists on non-graduate nurses completing a midwifery course before they can move onto any other specialty training. There are minimal training institutions (universities) accredited to offer these courses since the last intake of the old programme in 2019. She said private hospitals were at their wits end because currently they may only train up to registered nurse level. The SANC’s own website notes that 47% of all currently registered nurses are now older than 50. Coustas said many nurse specialists remain registered but have moved to less stressful clinical areas.”

Smith told his audience, “An advanced nurse can resuscitate a baby but doing this for a premature 800g baby is a highly specialised skill. Then you look at the violence and accidents in our country. We must get around the table to resolve this – and very soon,” he said.

He said the state of healthcare in any system was aligned to the state of nursing care. “We must do better. For me, the biggest issue is senior nursing management and leadership.” He has spent the last five years fighting to get nurses accredited, as the Covid pandemic highlighted the dire existing issues.

Nursing education chiefs at several major hospital groups attending the conference at Century City in Cape Town early this month spoke of a crisis in specialist nursing output, critical nursing shortages and a cadre of nurses who are fast burning out. To a speaker, they complained of a treacle-slow and dysfunctional SA Nursing Council, which has not allowed them specialist nursing training since 2019.

“There’s no shortage of interest, it’s a shortage of opportunity. Postgraduate training is in crisis. When we complain about their restrictions, the SANC has no rationale. There are no guidelines about the staff/student ratio. The new qualifications training has cut by fivefold or more who I can turn out. The SANC is our biggest obstacle. At least the Council for Higher Education engages and listens,” she said.

Meanwhile, Covid has forced hard-pressed private hospital group nursing academies to permanently shift the bulk of their education and training to digital format, with most nursing students now using their cellphones.

Vermaak said an estimated 67% of Netcare’s students were conducting their education and training via cell phones, which at first posed a challenge for assessments.

“The students initially moaned and groaned, but we did not have a choice during Covid. Now we’re expanding our digital learning management systems and integrating them with our databases and academic resources to create a long-term blended learning environment,” he added.

This resulted in a change in student attitudes because of the flexibility it afforded them in creating their own schedules and savings in time and money on transport. The latest survey showed that 80% of them now enjoyed digital learning.

“The SA higher education sector has learnt from its 2020/21 experience. The challenge now is to use that to build a system that guarantees equity in education by disrupting the traditional educational model. We can accelerate learning and see technology as an enabler, facilitating a culture where innovation can continue,” he said.

The SANC had extended digital learning to 2023 when they would “decide how they will change – they need to come with some concrete changes,” he stressed.

Nurses shuffled across SA during Covid

He said that from 2016, private hospitals in the HASA stable had proposed a private/public collaboration to train 50,000 nurses but had eventually agreed on a more realistic target of 44, 700.

This was in the context of a national crisis in youth unemployment and a high nursing vacancy rate that was impeding the provision of, and access to, quality healthcare. Crisp talked down the nursing supply quandary, blaming massive budget cuts for the lack of specialised posts. Asked by MedBrief Africa about the dysfunction in the SANC, he responded, ‘All these councils need to be done away with.”

Ndzwayiba said that as long ago as 2015, HASA member hospitals had put forward a proposal for newly registered nurses to be funded by provinces through a bursary scheme to address the lack of funded posts.

This was adopted by Business Unity SA and approved by Nedlac in 2018 when it was finally sanctioned by the presidential job summit. The Presidential Health Social Compact adopted it the following year and in 2020, HASA’s public/private growth initiative organised stakeholder mobilisation. A comprehensive nursing skills audit completed in 2020 revealed a shortage of between 21,000 and 61,000 in 2022, burgeoning to 166,000 by 2030.

“We must increase our nursing output by 20,000 per annum if we are to close that gap. Despite our ability to do more, we’re restricted to far less than that by the SANC and we’re nowhere near to closing this gap,” he added.

At question time, Ndswayiba said there was a conflation between unavailability of funding for posts (ala Dr Crisp’s contention), and “a lack of feet on the ground.”

“That makes it a little more complex, but the need is huge. The reality is that there’s a huge shortage,” he emphasised.

Fasie said that among the innovations prompted by Covid was the writing in large letters of nurses’ names on the back of their uniforms (having been rendered ‘faceless’ by PPE masks and shields).

“With respiratory diseases, a high infection rate from diagnosis to treatment, fast deterioration, co-morbidities, ventilation, patho-physiology moving to vascular involvement, inflammatory responses – the impact of dying and death and dealing with loved ones while being sensitive to cultural differences and needs – all this had a huge psychological impact on nursing staff. It is soul-destroying – you carry the moral injury for quite a while,” he said.

Fasie said his biggest fear had been that he would have a nursing team ready to enter a hospital red zone and find they refused to go. “However not one of them ever refused,” he added proudly.

The slick Sisonke Covid vaccination trial – when it eventually began – was of ‘immeasurable value’ to nurse morale, he added.

The SANC described accusations that it restricted private hospitals from training nurses as “factually incorrect, untrue and irresponsible.”

Responding to Vermaak’s claim that the SANC slashed the hospital’s annual intake without reason a few years ago, SANC spokesperson Sizeni Mchunu said, “Vermaak intentionally omits critical information she is well aware of relating to the changes in the nursing education and training, as informed by overall changes in the higher education landscape. She is also aware of the rationale and reasons for such determinations.”