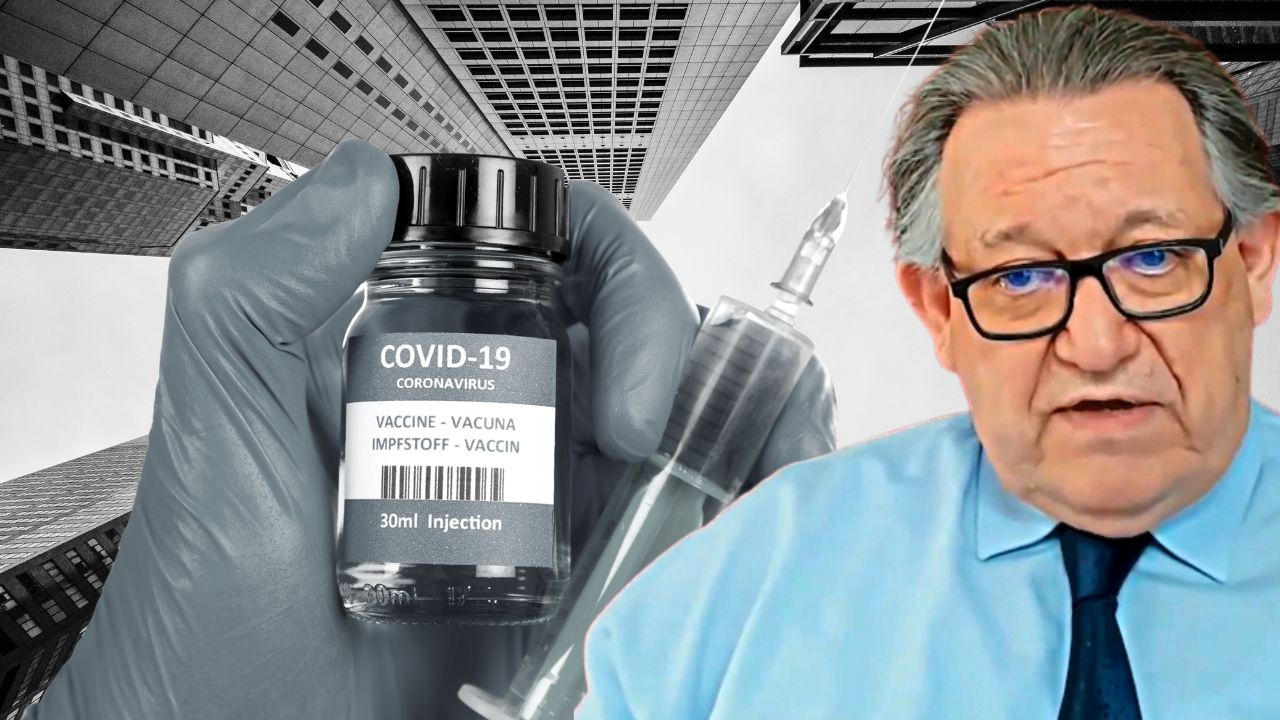 As the Covid-19 waves have decreased, various resultant issues, either ignored or wilfully bypassed in the midst of the pandemic frenzy and subsequent mass vaccination drive, are now coming into focus. Sharply. In July, BizNews published an article by veteran SA journalist Brian Pottinger in which he pointed out that those companies that implemented vaccine mandates may eventually have to face up to their accountability for sequential injury and even possible death resulting from these mandates. But what about the South African government’s culpability? To explore the culpability of both the state and companies that implemented vaccine mandates, BizNews spoke to Dr Herman Edeling. The esteemed neurosurgeon who specialises in a medico-legal practice succinctly laid out the case that the SA government’s move to indemnify vaccine manufacturers for adverse events and death occurring as a result of their vaccines was unquestionably unconstitutional and fraudulent – a fact which can be proven in court. Dr Edeling explained, amongst other things, the Covid-19 vaccination phenomenon which is currently evident across the globe and supported by data as well as the consequences of taking regular boosters. A must watch interview. – Nadya Swart

On his current stance in respect of mRNA vaccines

The theory was that getting antibodies to SARS-CoV-2 spike protein would be able to prevent people from catching or transmitting the disease. Experience has found that it has failed dismally at that. So, people who are so-called vaccinated – and you know I don’t like calling it a vaccine because it isn’t really – but that is the lingua franca and that’s what people use so we’ll stick to the term although it’s a misnomer. But it gives no measurable protection against catching the disease or transmitting it. And even agencies like the CDC and the FDA and the WHO have now more recently even admitted that.

Now the the next thing is that when vax pushers – by vax pushers I mean anybody who promotes and recommends other people to get a vaccine – started to realise the ineffectiveness of these vaccines to prevent the contraction or transmission of the disease, they would say, “Oh, well, it’s not so good at that, but it’s very good at preventing severe illness and death.” That was the new mantra that developed during this year. Now, by March of this year. I was able, by analysing real world data that is available to the public, that even that claim is false and that there is no protection against severe illness or death.

When the mRNA injection is given, for about three weeks after getting the jab, people are more susceptible to Covid than before they got the jab. So, there’s an initial period of a few weeks of negative protection or greater susceptibility. Because that is the time it takes for the antibodies to develop to the spike protein. Once that period has passed and antibodies have developed, there is some protection against that spike protein. The problem with the protection is that it is only against the spike protein of the SARS-CoV-2 virus and not the nucleocapsid or any of the other proteins which are in the virus. Whereas with natural immunity, you develop antibodies to all the proteins that are foreign.

So after a number of months, three months, four months, maybe a maximum of six months, any protection that it gave wanes and goes away. And after that period, again, people become more susceptible than those people who have never been vaccinated.

And it is exactly because of that waning of immunity within a few months and the greater susceptibility that this crazy notion of boosters was introduced. The notion is “we’re going to give you the same thing that didn’t work, and now it’s going to work better somehow”. And unfortunately, evidence has shown that the more boosters people have, the more susceptible they become, the greater their risk of severe illness and the greater their risk of death.

On the Covid-19 vaccination phenomenon as seen from data

If you look at the data from the beginning of the Covid-19 pandemic until now (which includes about a year of pandemic before any introduction of vaccines, and now about 18 months of experience in the world after the introduction of vaccines in different countries) we’ll find a very amazing phenomenon that you can’t explain any other way. This is that the most highly vaccinated countries now have the highest rates of Covid, and they also have the highest rates of Covid deaths, whereas the least vaccinated countries have the least numbers of Covid cases and the least number of Covid deaths.

Well, first of all, it is morally wrong, it’s unconstitutional for a government to give free rein to a manufacturer to provide a substance that is potentially harmful to citizens – without even providing information about the full contents and without having done proper safety and efficacy trials – and to give freedom of liability to consequences. And we know for a fact there are many people in South Africa who have suffered permanent disability and deaths from these so-called vaccines, and our government has given immunity to the manufacturers, which is absolutely wrong. What I understand from lawyers is that the immunity contract between our government and the manufacturers can be pierced if fraud is proven. And in my view and the view of many people I’ve spoken to, those contracts are fraudulent and therefore they are able to be pierced by proving fraud in court.

Our government has told us, based on what manufacturers have told our government, that these vaccines are safe and effective. That is not so. Those statements are false. I’ve written an analytical document about the concept of informed consent [see below], which deals with exactly the reasons that I can say, without fear of contradiction, that those statements are false. And because of those false statements, it has not been possible until now for anybody to give informed consent for vaccination. Because the information that they were given on the basis of which they consented has been false information.

Absolutely. I’m going to send you another document on the constitutional imperative or criteria for vaccine mandates [see below]. It relates to Section 36 of the Bill of Rights, which specifies the circumstances under which individual human rights could be limited in favour of society rights. According to this, my analysis is clear. The only authority permitted to pass a law of general application to limit individual rights is the legislative arm of government. And the legislative arm of the South African government has avoided doing that. It has passed that responsibility onto businesses, corporations, universities who I think gullibly and misled, without properly reading Section 36, started to enforce mandates and force people to be vaccinated against their will and have punished and dismissed people for refusing to get vaccinated.

Secondly, Section 36 also provides five criteria which have to be passed in order (even) for Parliament to be able to pass a vaccine mandate. I analysed those in January of this year in a report that was submitted to court for the Free State case in which all of those are medical issues. I examined the medical evidence for each of those provisos specified in Section 36, and the vaccine mandate fails not on one of them, but on each of the five. So, constitutionally – vaccine mandates in South Africa would fail even if Parliament were to pass it. But in this case, what has actually happened and here I agree with Pottinger, the companies that enforced vaccine mandates have set themselves up to be the fall guys to enforce the will of the state.