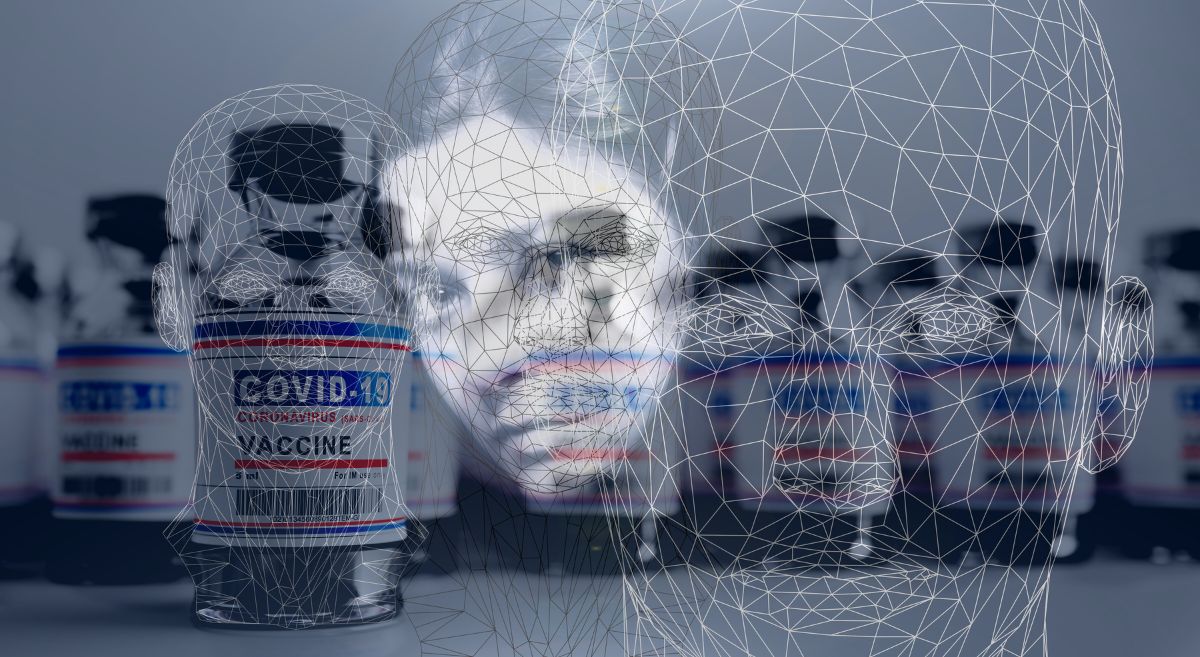 In August, Health Minister Joe Phaahla announced that the South African government is sitting on approximately 10 million Covid-19 vaccines that will be destroyed in October when they expire. The SA government has blamed this on ‘vaccine apathy’ among citizens. In light of recent reports, however, South Africans – as well as the global population – have very legitimate reasons to justify their decision not to get vaccinated. This stagnant uptake of Covid-19 vaccines is being met with fierce strategies by the Rockefeller Foundation and other nonprofits that are pouring millions of dollars into the Mercury Project, a research initiative aimed at creating behavioural change to ‘nudge’ people into being vaccinated. According to ZeroHedge, the research groups funded by the Mercury Project “are operating with the intent to tailor vaccination narratives to fit different ethnic and political backgrounds, looking for the key to the gates of each cultural kingdom and convincing them to take the jab”. This article first appeared on The Defender. – Nadya Swart

The Rockefeller Foundation, the National Science Foundation and other nonprofits are pouring millions of dollars into a research initiative “to increase uptake of COVID-19 vaccines and other recommended public health measures by countering mis- and disinformation.”

The Rockefeller Foundation, the National Science Foundation (an “independent” agency of the U.S. government) and other nonprofits are pouring millions of dollars into a research initiative “to increase uptake of COVID-19 vaccines and other recommended public health measures by countering mis- and disinformation.”

In conjunction with the Social Science Research Council (SSRC), the Rockefeller Foundation last month announced $7.2 million in funding for the Mercury Project,  initially launched in November 2021, under the slogan, “Together, we can build a healthier information environment.”

The funds will support 12 teams of researchers in 17 countries who will conduct studies on “ambitious, applied social and behavioural science to combat the growing global threat posed by low COVID-19 vaccination rates and public health mis- and disinformation,” the Rockefeller Foundation said.

The Rockefeller Foundation and the SSRC claim the aim of the Mercury Project, whose name is derived from the ancient Roman god of messages and communication, is to bolster public health and safety.

However, some critics described the project as one based on “propaganda” aimed at “nudging” the unvaccinated to get vaccinated.

Behavioural change lies at the heart of the Mercury Project, which will issue three-year research grants to estimate “the causal impacts of mis- and disinformation on online and offline outcomes in the context of the COVID-19 pandemic,” including “differential impacts across socio-demographic groups.”

The research will include “interventions that target the producers or the consumers of mis- and disinformation, or that increase confidence in reliable information.”

This information will, according to the Rockefeller Foundation, “provide evidence about what works — and doesn’t — in specific places and for specific groups to increase COVID-19 vaccination take-up.”

But according to ZeroHedge, the research groups funded by the Mercury Project “are operating with the intent to tailor vaccination narratives to fit different ethnic and political backgrounds, looking for the key to the gates of each cultural kingdom and convincing them to take the jab.”

In November 2021, the Mercury Project received an initial $7.5 million in seed funding from entities including the Rockefeller Foundation, the Robert Wood Johnson Foundation, Craig Newmark Philanthropies and the Alfred P. Sloan Foundation to apply “the principles of large-scale, team-based science to the problem of vaccination demand” over a three-year period.

As of August 2022, these entities have funded the Mercury Project to the tune of $10.25 million.

In June, the project received $20 million from the National Science Foundation to study “interventions to increase COVID-19 vaccination demand and other positive health behaviours.”

The SSRC’s latest call for proposals, under the aegis of the Mercury Project, received nearly 200 submissions.

The titles of some of the projects most recently funded by the Mercury Project include:

Arguing in favour of the importance of the project’s research, Anna Harvey, president of the SSRC, stated:

“With COVID-19 prevalent and rapidly evolving everywhere, there is a pressing need to identify interventions with the potential to increase vaccination take-up.

“Vaccines are only effective if they become vaccinations; vaccines are a scientific marvel but their potential is unfulfilled if they are left on the shelf.”

“This initial cohort’s ideas exemplify the creativity and vision behind the Mercury Project. They go far beyond quick fixes, with the goal of identifying robust, cost-effective, and meaningful solutions that can be widely adopted and scaled.

“We hope that more, better, and science-based knowledge about what we need to do will lead to increased uptake of reliable information — and serve as a powerful counter to the effects of misinformation and disinformation on vaccine demand.”

“The viral, vaccine, and information environments are all rapidly evolving–but that doesn’t mean it is impossible to make progress towards more effective and equitable responses.

“By funding projects on the ground around the world, this work will help us understand what works where, and why, and identify new ways to harness the power of connection and communication to advance public health goals.”

The expectation is that individuals “must be moulded to accept the mainstream narrative,” ZeroHedge said, while presupposing that “mainstream or establishment information is always trustworthy and unbiased.”

“Fabricating effective COVID propaganda is becoming a money train for the small groups of behavioural researchers and psychologists that jump onboard,” ZeroHedge added.

The field of behavioural science — and a concept known as “nudging” — figured prominently during the years of the COVID-19 pandemic and were heavily utilised by governments and public health officials throughout the world to justify often stringent restrictions and countermeasures.

Nudging was defined in a bestselling 2008 book by economist Richard H. Thaler and legal scholar Cass R. Sunstein — “Nudge: Improving Decisions About Health, Wealth, and Happiness” — as something that “alters people’s behaviour in a predictable way without forbidding any options or significantly changing their economic incentives.”

Thaler and Sunstein presented nudging as a technocratic solution for tricky policy issues involving a perceived need to encourage, in a “voluntary manner,” policies or measures that would otherwise be unpopular.

Their work drew from a 1974 paper by two Israeli psychologists, Daniel Kahneman and Amos Tversky, which, as explained by an article published by GAVI-The Vaccine Alliance, “pioneered the study of mental shortcuts that humans rely on to make decisions, known as heuristics.”

As previously reported by The Defender, the Rockefeller Foundation is also a partner and board member and donor to GAVI, alongside the WEF, the Bill & Melinda Gates Foundation and the Johns Hopkins Bloomberg School of Public Health, which hosted Event 201, which simulated the spread of a coronavirus just prior to the actual COVID-19 pandemic.

In 2010, the U.K. government established the Behavioural Insights Team, initially within the government’s Cabinet Office, before it was spun off as a private company in 2014. A year later, U.S. President Barack Obama issued an executive order to promote the utilisation of behavioural science in federal policymaking.

According to GAVI, “globally, there are now more than 200 teams, or nudge units, that specialise in applying behavioural science to everyday life.”

COVID-19, and the response to it, was no exception. HRW Healthcare’s Tony Jiang described nudges as “a set of policy tools which utilise psychological insights to attempt to motivate people to adopt certain desired actions/behaviours, without having to enforce strict laws, bans, or punishments,” and as a means to “motivate people into making responsible decisions, while preserving individual liberty.”

According to Jiang, “at the beginning of the pandemic, to encourage COVID-safe behaviours, behavioural nudges were the preferred policy by governments in the UK, USA, and Australia.”

According to Jay Van Bavel, associate professor of psychology at New York University, “as COVID-19 infections grew exponentially in 2020, behavioural scientists wanted to help. Nudges presented a possible route to controlling the virus, particularly in the absence of vaccines and evidence-based treatments.”

Van Bavel, along with Sunstein and 40 other researchers, in 2020 published a paper in Nature presenting ways in which behavioural science and nudging could contribute to efforts to combat COVID-19, including through fostering increased trust in government and fighting “conspiracy theories.”

As explained by GAVI, “as scientists learned more about how the coronavirus spread … governments knew what they wanted their citizens to do, but they still had to think carefully about how to encourage people to change their behaviour. That’s where nudges could help.”

This was evidenced, for instance, in a March 14, 2020, U.K. government document published approximately two weeks before the U.K. government imposed a nationwide lockdown.

The document presented the role that would be played by the Scientific Advisory Group for Emergencies in advising the U.K. government’s response.

The document referenced the 2009-10 swine flu pandemic and the advice the advisory group received at the time from a subgroup known as the Scientific Pandemic Influenza Group on Behaviour and Communications. This group was reconvened on Feb. 13, 2020, with an exclusive focus on behavioural psychology.

According to the document, the group was “asked to provide advice aimed at anticipating and helping people adhere to interventions that are recommended by medical or epidemiological experts,” concluding that the U.K. government should “provide clear and transparent reasons for the different strategies that might be taken.”

The group advised the U.K. government that “in order to increase confidence in, and adherence to, the interventions should provide clear and transparent reasons for the strategies that have and have not been selected … and conduct rapid research into how best to help people adhere to the recommendations” whilst suggesting “behaviours that reduce risk.”

Other studies in the 2020-2021 period also highlighted the potential role nudging and behavioural psychology could play in relation to COVID-19.

For instance, a 2021 study showed that sending text messages to patients before scheduled primary care visits increased flu vaccinations by 5%, while another 2021 study found that the same strategy boosted COVID-19 vaccination appointments by 6% and actual vaccinations by 3.6%.

The National Science Foundation offered grants of $200,000 for research in this field, while the SSRC also issued a call for proposals, receiving 1,300 applications even though it had sufficient funding for only 62.

However, as the pandemic progressed and as vaccination figures eventually plateaued, the strategy of nudging began to be called into question.

Dena Gromet, executive director of the Behaviour Change for Good Initiative at the University of Pennsylvania, said nudging is effective only if individuals are already inclined to perform the action that they are being reminded or encouraged to perform.

Nudging, as a result, was supplanted by vaccine mandates.

Indeed, such “sterner measures” were advocated by Richard Thaler, one of the creators of the concept of nudging. In an August 2021 New York Times op-ed, Thaler called for stricter measures for the unvaccinated, including vaccine passports and isolation — measures which he described as “pushes and shoves” instead of nudges.

Two studies performed by researchers at King’s College London also cast doubt on the effectiveness of nudging to change behaviours and attitudes in relation to COVID-19.

Notably, the dedicated COVID-19 page on the website of the Behavioural Insights Team, which had played such a key role in advising the U.K. government on its COVID-19-related countermeasures early in the pandemic, has not featured a new posting since April 28, 2021.

However, some believe there still remains a role for nudging as the world enters a “new phase” of the COVID-19 pandemic. Tony Jiang argued that “as mandates relax, a greater reliance on individual compliance is required if we are to prevent mass-outbreaks in the future.”

“This makes the role of nudges and behavioural science ever more crucial,” he said, suggesting that going forward, nudges can be utilised to encourage mask-wearing, vaccinations and boosters.

Jiang proffered suggestions such as personalised masks that “can be more fashionable,” and for vaccinations, the potential role of “defaults,” where “people are automatically enrolled to receive a booster and must deliberately cancel the scheduled appointment if they do not wish to receive it.”

*Michael Nevradakis, Ph.D., is an independent journalist and researcher based in Athens, Greece.