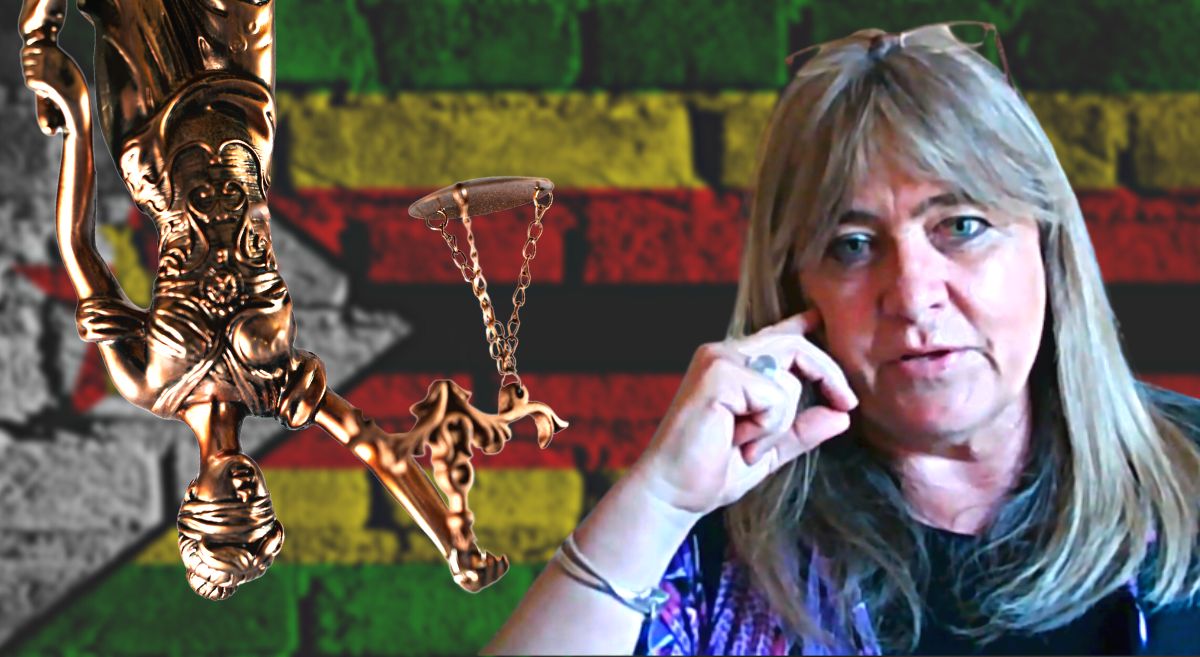 In an interview with Dr Jackie Stone last week, she told BizNews that she was facing four charges laid against her by the Registrar of the Medical Council in Zimbabwe. On Friday, 23 September, Dr Stone, who was instrumental to the all but complete eradication of Covid-19 in Zimbabwe due to her courageous and lifesaving early treatment of patients, was found guilty on two of the four charges. Below is her statement. – Nadya Swart

As you know I am NOT GUILTY of prescribing Ivermectin and silver as they are not illegal drugs under Section 29 of the Medicines and Allied Substance Control act.

I was found guilty on two charges – one of which does not exist.

The Medical Council have overstepped their mandate and as a result may face charges of Perjury, Theft and Criminal Abuse of office.

Charges were laid against Dr Stone by the Registrar of the Medical Council.

These charges, according to her statement (which she confirmed under oath that she wrote), were based on an inspection conducted by Dr Colin Tichaona Benyure, Dr Elison Mberi, and Ms Julian Mashingaidze, who were allegedly tasked by the Health Professions Authority “to carry out investigative inspection of the accused persons practice under section 26 of the Health Professions Act”.

This statement is untrue and therefore perjurious as section 26 of the Act was not followed.

It was submitted as evidence in court and Dr Benyure confirmed under oath that he wrote it,  therefore any information in this report that is false is perjurious under section 140 of the Health Professions Act.

The following charges were laid against Dr Stone by the Registrar of the Medical Council:

2.        Contravening section 92 of the Health Professions Act (Practising without a licence)

3.        Contravening section 99 of the Health Professions Act (Practising from an Unlicensed Health Institution)

4.        Contravening section 29 of the Medicines and Allied Substances Control Act (Use of specified (banned) substances.

On Friday, 23 September 2022, I was found not guilty of charges 1 and 4 as ivermectin and silver are not on the list of banned medications.

I was, however, found guilty of “practising” from an unlicensed health institution (which makes no sense as the church is not a health institution) and “practising” (sharing my opinion with a nurse) without paying my subsidiaries by 18 Jan 2021. The judge said the basis of his judgement was that “something was going on” but there was no proof beyond reasonable doubt that I was consulting, and it would appear the magistrate had not read the closing submissions which made it clear that a church is not a licensable “Health Institution”. Effectively, I have been convicted of a crime that does not exist.

Furthermore, I still do not have a copy of the Judge’s reasoning in passing the verdict as he has not completed his judgement which, allegedly, he will only be able to do once we have submitted mitigation and moved to sentencing.

I do not understand how I can mitigate if I do not have the Judge’s reasoning for finding me guilty. I am being forced to proceed to mitigation without having first read the Judges reasoning. This is bizarre.

If I do not appeal, I will have a criminal record and face deregistration. I have no choice but to appeal, which I am in the process of doing.

I am also deciding whether to lay charges against members of the Medical Council, however, which may assist in the appeal process.

Under section 26 of the Health Professions Act, the following was breached:

(5) The Secretary-General shall ensure that every inspector is provided with a certificate, signed by the president of the Authority, stating that the inspector has been appointed as such in terms of this Act.

The document given to me was signed by the Secretary General and the inspectors differed from those on the letter as Dr Pfumojena had been replaced by a non-medical person, without consultation with the President of the HPA. Please note that impersonating an inspector is also illegal under section 27 of the Health Professions Act. The actions of the secretary and any evidence given by her are illegitimate.

Dr Colin Benyure stated under oath in the court transcript that the decision to change the inspection team was made by the “Inspection Committee” which included Mrs Josephine Mwakatuya. She who has overstepped her authority and her conduct will be also called into question. She has also given conflicting testimony under oath. This makes her liable for a criminal charge of perjury. Her statement to the police was presented as evidence to the court and she confirmed under oath that she wrote the statement.

I have been more than reasonable with the Council who have insisted on pursuing criminal charges. 20 months later, I have no option other than to press criminal charges against those members of this case who have abused their positions. Those involved in this investigation and inspection are expected to fulfil their duty of office and conduct themselves at all times in accordance with the governing legislation. If they do not do so, they are liable for damages that have arisen out of this inspection and this case.

The inspection report written by Dr Benyure contains numerous errors including but not limited to:

1.        Stating that the inspection was conducted under section 26 of the Health Professions Act, and

Criminal abuse of duty as a public officer, to give the crime its proper name – is defined in section 174 (1) of the Criminal Law Code. “If a public officer, in the exercise of his or her functions as such, intentionally –

(a) does anything that is contrary to or inconsistent with his or her duty as a public officer;  or

(b) omits to do anything which it is his or her duty as a public officer to do;

for the purpose of showing favour or disfavour to any person, he or she shall be guilty of criminal abuse of duty as a public officer …”

The section goes on to say that anyone found guilty of the crime is liable to be sentenced a fine of up to $3,000 or to prison for up to 15 years.

Under section 140 of the Health Professionals Act (relating to  false statements):

Any person who makes any statement verbally or in writing to a council or any committee thereof or in connection with any matter regulated by or under this Act which:

2.        He does not have reasonable grounds for believing to be true;

The inspection was unlawful and, therefore, confiscation of phlebotomy equipment, including blood testing tubes that were the property of HumaCare, medical equipment that belonged to Rapha Clinic and myself, and confiscation of medication that was prescribed for my personal use (prednisolone and Ceftriaxone) fulfils the definition of theft, in that theft constitutes unlawfully depriving someone of their property without their consent. I did not obstruct you, but I did not consent to the actions of the Inspection committee. I was presented with an illegitimate document that I believed allowed the inspection team to ransack the gazebo at the church under duress, and without informed consent. This property that was illegally seized included medication that I needed for my own illness that I was not able to replace until the following day.