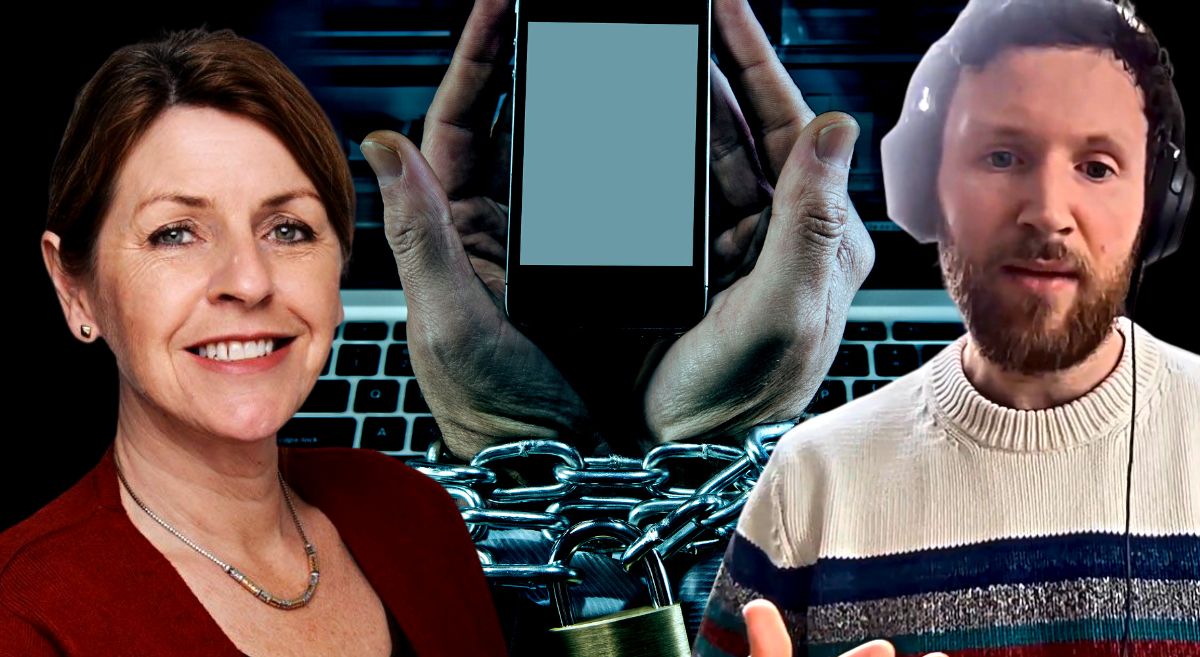 Dr Paula Hall on the difference between a high sex drive, nymphomania and sex addiction

Completely different. Saying that porn addiction or sex addiction is having a high sex drive is like saying that somebody who is clinically obese is hungrier than everybody else. We all have different appetites at different levels. Some people are hornier than others. You know, that’s nature. But when it’s to the point where actually it’s causing significant harm in other areas of your life, but in spite of that, you can’t stop, then it’s definitely an issue. And I guess what tends to happen if you’re someone who chronically overeats or, indeed, if you’re actually a human being, we all know we eat when we’re not hungry.

Appetite is not the same thing. We eat because it looks nice, it’s tasty, it’s satisfying. And exactly the same process happens with sex. And I think in many respects talking about sex and porn addiction has more similarities with chronic overeating than it does with other types of addiction, because there is an element, of course, of the survival mechanism being part of it, and it is in part to do with appetite. But when your appetite has gone that rife, it’s really got nothing to do with hunger. It’s got nothing to do with sex drive. It’s all to do with arousal in the brain, not arousal in the genitals. That’s the bit that’s really being stimulated.

For one thing, we are a startup company. And from a business perspective, when you start a startup, you have to have a very, very specific niche that you make a very specific offer to. And then over time, as your company grows, you can introduce additional offers and serve additional market segments. Now, I think that the motivation for signing up to our service differs slightly between, say, men and women.

When I first started the company, our branding and marketing presentation of our product was totally gender neutral. And to be honest, not a single woman responded to any of my messages. In the early days, I had hundreds of our users with my personal WhatsApp number. Not a single one of them was a woman. So out of 200 users, all 200 of them were men. And so, while women can theoretically sign up and use Remojo, we just found that in general they don’t. Also, quite a lot of media, like journalists, if they are women, they tend to be highly intrigued by the problem but not really connected to or empathic towards it that much. And so, that’s been my experience so far, just in terms of building up the company, in talking to users, interacting with users and also interacting with the mainstream public on this topic.

If the only education you have is pornography, then you’re going to grow up with a very warped idea of what sex is. In the same way, if the only way you ever learn about driving a car is from playing Grand Theft Auto, you’re going to be a pretty rubbish driver and a dangerous one at that. So, we need to make you sure, I feel really passionately about [this], that good sex and relationship education has got to include pornography.

And of the reasons that Pivotal Recovery was set up as a not-for-profit organisation was so that we will be able to fund more research and fund more education for young people about pornography, because I think that’s the only way we’re really going to get over this problem. Because it’s always going to be there and it’s always going to be accessible and children will always be intrigued, always. That is very natural and instinctive. We’ve got to get the education out there.

I think from a common sense perspective, you know, how can it not, right? Everything that we interact with shapes our brains and our perceptions. So, why wouldn’t exposing yourself to extreme sexual content on a very regular basis shape the way that you perceive what that thing is? Of course it will. Whatever we engage with and whatever we feed our minds with shapes our perception and the way that we interact with the world. So, I feel like your engagement with pornography is training your brain to think in certain ways, react to certain things, enjoy certain things, and perceive certain things as normal.

And certainly, I know from first hand experience and then also second hand experience through all of our users, your perception of sex does change your sex life and the way you show up in your sex life does change. And the way that you perceive women or partners or significant others does change as well. You appreciate them more holistically and you realise that you have been led astray and your perceptions and expectations have been shaped. And you’ll find that out when you leave it and cut it out from your life, basically, through subjective experience.

There’s been quite a lot of research on this. Risk factors is the way to term it. If you’ve got a family member that’s had a significant addiction, we know that you are biologically more predisposed to developing an addiction yourself. So, if addiction runs in your family. If you’ve had another type of addiction in the past. I mean, unfortunately, pornography is a very effective way of getting sober from alcohol and drugs. Not a good way, obviously, but it’s actually quite an effective way of doing it. And we see an awful lot of people coming for help who are in recovery from chemical addiction but then become addicted to this. So, previous addiction of yourself would be a risk factor as well.

If you’ve had significant trauma in your life, significant childhood issues. If you struggle to trust other people, if you struggle to trust people to comfort you, you’re more likely to turn to things for comfort than people. And early exposure, we do know, is also linked with developing addictions, and that research happens certainly in chemical addiction. And we’re beginning to see the results of that borrowing on into pornography addiction as well. So, early exposure is a risk factor. But I think there’s kind of two things in this. There’s looking at the factors that might be causes and obviously they’re important, but none of us have a time machine to go back and fix those.

But in many respects, what’s most important for people is recognising what the maintaining factors are: ‘I know I’ve got a problem. I know this is causing issues in my life. I want to stop. I’ve tried to stop, but I keep failing to stop’. So what is it that’s going on that is stopping the change from happening that you really want? And I think that’s the bit that matters more importantly than perhaps the issues that led you to it in the first place. Often they’re intertwined. It gets complicated. But what’s maintaining it?