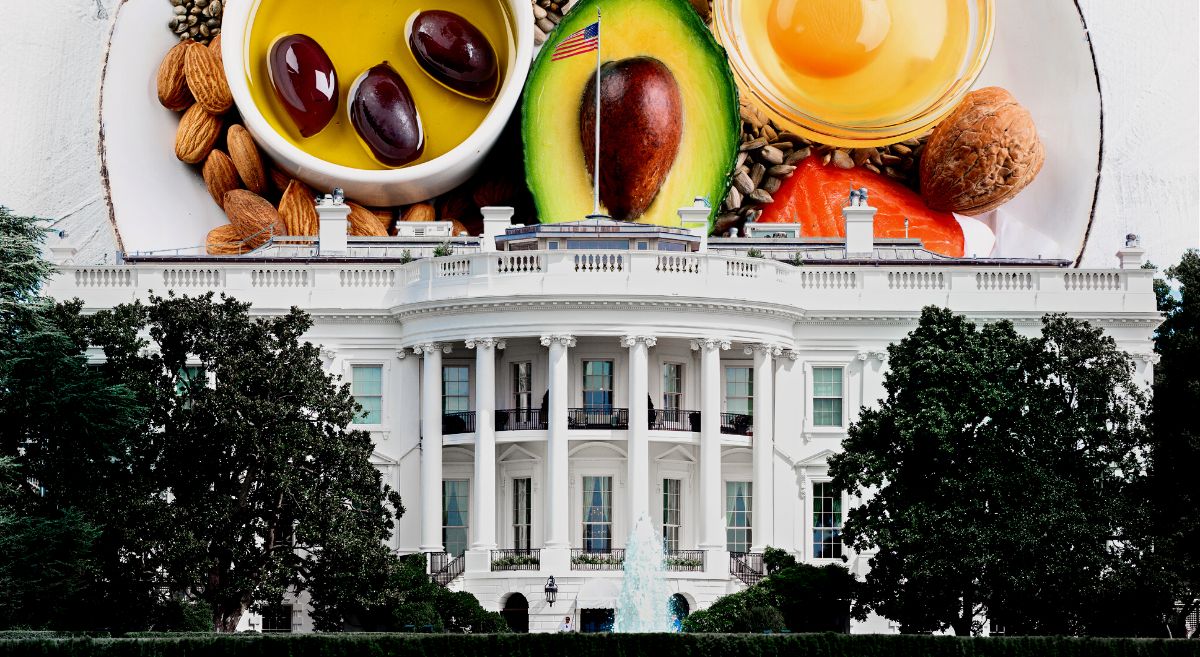 Most people will concur: when visiting a medical professional for the treatment of some or other physical ailment, whether diabetes or Crohn’s disease, few of them have paid sufficient attention, if any, to their patient’s diet and, instead, opted to prescribe medication to alleviate the ailment. This approach has been a systemic problem in healthcare systems across the globe for decades. In September, President Joe Biden and the White House hosted a conference to address the intersections between food, hunger, nutrition and health. The issue of health professionals treating patients without an adequate understanding of the way certain foods can impact the human body was highlighted at the conference and the introduction of evidence-based nutritional education in medical schools was firmly placed on the White House’s agenda. Let’s hope this brings forth a new and long overdue overhaul of the role of diet and nutrition in health. – Nadya Swart

Five decades overdue, [in September] President Joe Biden and the White House hosted a conference on hunger, nutrition and health. The aim of the event was to help identify actions that all parts of society can take to address the intersections between food, hunger, nutrition, and health. A common theme that arose during the conference was the systemic lack of nutrition education received in medical schools. The link between diet and poor health is now commonly established, yet the professionals who are tasked with treating disease receive little to no training on the role that diet plays in disease prevention, progression and management.

In the panel discussion titled Food as Medicine: Bringing nutrition out of the health care shadows, Dr Kofi Essel aptly described the situation: “When you look at our clinical practice guidelines dealing with diet-related chronic diseases across the county, what do you see as a core tenant? Food and nutrition is a core tenant. Lifestyle medicine is a core tenant. But we never really give food and nutrition the chance it deserves. Why? Our training has been woefully insufficient for far too long.”

Evidence has shown that the majority of medical schools don’t reach the minimum number of recommended hours to be able to effectively treat or coach patients on food and nutrition (Adams, 2006). A third of these schools don’t reach even half of the required hours. Most clinicians surveyed in the study expressed a need for additional nutritional education at their institution. This problem is not unique to the USA, with countries around the world experiencing a similar lack of education at their institutions.

What does this mean for practising practitioners? Well-meaning doctors are trying to do the best they can when advising patients, but without an adequate understanding of the way certain foods can impact the human body, their advice can often do more harm than good. Common harms include unknowingly worsening disease progression or further stigmatising their patients, leading to further mental and physical challenges.

Jayne Bullen, MD of the NN says, “Whilst it is assuring to see that nutrition is firmly on the White House agenda again, what was not evident is how this will be implemented and with what solid intent and momentum. Knowing the dire state of health and the projections into the future of the average American citizen and child, it is clear we need to be doing a lot better, faster.”

What is the solution? Introduce evidence-based nutritional education in medical schools. The Nutrition Network has been working for five years on this answer by training medical professionals in the nutritional treatment of chronic disease. In addition to offering over 26 internationally CPD accredited online trainings which focus specifically on the role that diet plays in disease prevention, and how this knowledge can be applied in clinical practice, we are publishing the first academic textbook of its kind, aimed specifically at training medical students and practitioners on the role of diet in human health, due for release in May 2023 via Elsevier International.

This key academic textbook focuses on the theory behind, and implementation of, therapeutic carbohydrate restriction – a dietary protocol that has now received unequivocal scientific backing for the management of a variety of conditions (Parry-Strong A et al., 2022; McDonald TJ et al., 2018; Gupta L et al., 2017).

Gathering and collating knowledge from 67 contributing authors was the easy part. The real effort now lies in getting medical institutions to embrace this much needed resource as part of their curriculums.

Jayne Bullen continues, “In our experience of having trained thousands of doctors and other healthcare workers in the nutritional reversal of chronic diseases ranging from hypertension, Type 2 Diabetes, fatty liver disease and obesity, what we know for sure is that medication is, at most, a stopgap in treatment. We need to be offering dietary and lifestyle change solutions, coupled with the support needed for behavioural change in ways that lead to the de-prescription of medications. We have seen tens of thousands of patients changing their lives with the support of our medical and coaching community via the Nutrition Network, with an estimated impact of up to 72 million patients globally in the past six years and we believe this needs to be ramped up to the point that every US and global citizen has access to this basic level of support and knowledge that has the potential to tip the planet and humanity back from the brink of disaster, into a state of health and wellness again.”

We asked some of the Nutrition Network medical practitioners to weigh in on the state of training received in medical institutions:

“Sadly we receive little if any nutrition training during medical school and what little education is provided focuses on vitamin deficiencies more prevalent a century prior. With overnutrition, excess consumption of refined sugars, grains, and seed oils driving a rapid rise in poor metabolic health, the need to address root causes should be of the highest priority in the curriculum. Pilot studies from Harvard medical and dental schools clearly show that students can develop an interest in lifestyle changes and metabolic health outside of standard teaching curriculum while wearing medical technology devices such as continuous glucose monitors (CGMs).(Norwitz, 2022)” – Dr John Cripps, MD FRCSC (Emeritus)

“Diet-related chronic diseases are increasing in prevalence and poised to dominate the future careers of current medical students. While the value of nutritionally-informed care and nutrition-based health interventions is increasingly recognized, nutrition education is inconsistently and often inadequately included in medical school curricula. One obstacle to incorporating nutrition into medical and dental school curricula is the density of existing coursework, with incorporation of new material necessitating removal of other material. One solution is to engage students outside the classroom in immersive education in nutrition and metabolism using health-wearables. We have developed a novel approach using biofeedback technology to educate medical students about optimal nutrition outside of the classroom. An example of a health-wearable is a continuous glucose monitor (CGM) ” – Dr Robert Cywes

“I am at the same time encouraged but also cautiously sceptical about the current White House plan and goals of increasing medical education on nutrition. I think the world agrees that diet-related chronic disease is breaking the back and the bank of global health. We need solutions and expertise at a level no less than what was done for the Manhattan Project, where the brightest people on the planet were all brought into the room until they figured out what needed to be done which ultimately led to the end of World War II. I have worked hard at West Virginia University to bring in evidence-based nutrition for diabetes remission and we have published studies and guidelines on therapeutic carbohydrate reduction, diabetes reversal, hospital protocol, and medication deprescribing. At the same time, where I have been doing this over the last 10 years, I see a global force trying to demonise animal products and bring in a plant-based agenda which is often funded by the same food industry that this conference was meant to address. To me such groups as The Physicians Committee For Responsible Medicine and The American College Of Lifestyle Medicine are like wolves in sheep’s clothing. Their names sound legitimate and they are able to waltz in the medical schools and residencies with “free materials,” without much vetting about what the content is. Medical students are very vulnerable to these materials which make unsubstantiated claims about animal products and the environment as well as demonising saturated fat. In my community we are doing a lot of grassroots effort to help those with food insecurity by doubling SNAP at farmer markets with a program now in its sixth year. We allow these customers to double their SNAP dollars not only for fruit and vegetables but for other farm products such as eggs, cheese, and meat . We are also building a farm to school program allowing local farmers to bring their products to the plates of children in need of improved nutrition. The current USDA guidelines and allow 200 g of processed carbohydrates in breakfast and lunch for small children in a state which has the highest obesity rates in the country for both adults and children I am always glad to be part of the conversation going forward and on positive note there was a conversation at the White House Conference: Food, Hunger and Nutrition. I gave a three minute statement to the Scientific Advisory Panel of the 2020 Dietary Guidelines for America making the case that dietary guidelines need to address those with poor health primarily and not the ones in optimal health. Since two thirds of our nation are overweight or obese the guidelines need to focus on that group. Those who are well really do not need the government’s advice. So before we start to make policy and make the same mistakes we did in 1980 with the first Dietary Guidelines for America and Food Guide Pyramid which likely contributed to the current obesity and diabetes pandemic let’s take the Manhattan Project approach and make sure we get the science correct before deployment.” – Dr Mark Cucuzella