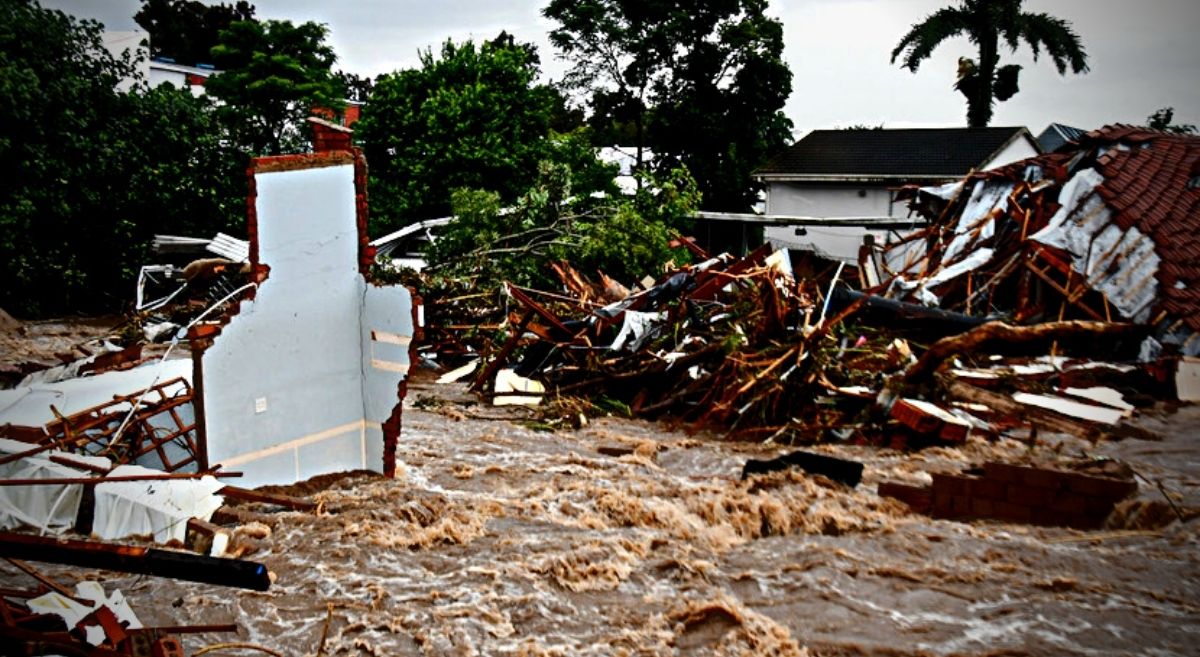 It is painful to even think about the citizens of KwaZulu-Natal given the host of traumas they have had to endure in the last 18 months. In May, KZN – barely recovered from the spate of violent looting in July 2021 – was hit with torrential rains, which damaged homes, schools, roads and other critical infrastructure, including several water treatment plants and pipes. The devastating floods birthed yet another calamity for the already pummelled province, exposing systemic weaknesses in infrastructure and governance. As a result, untreated and partially treated sewage has been flowing via KZN rivers into dams from which drinking water is extracted. This, in turn, has brought about a severe outbreak of diarrhoea. Ongoing high E. coli levels have robbed several beaches of Blue Flag status, critically hampering the province’s tourism industry. The area is certainly not short of serious challenges and, not surprisingly, the SA Government has not sufficiently eased the plight of KZN’s embattled citizens. This article by veteran health journalist Chris Bateman looks into the diarrhoea-related deaths in the eThekwini district since the flooding and how the absence of reliable data highlights yet another gap in our beautiful country’s management. This article first appeared on Med Brief Africa. – Nadya Swart

Diarrhoea-related deaths in the eThekwini district since the disastrous flooding in the region in May this year have doubled and malnutrition remains rife, according to figures released by the KwaZulu-Natal Health Department.

The provincial diarrhoea mortality figures pale by comparison to the actual flood-related deaths (400 dead and thousands homeless), but the ensuing potable water shortages and sanitation crises were expected to send diarrhoea deaths soaring. Instead, the KZN health department’s figures portray the under-five deaths due to diarrhoea in the eThekwini Health District from May to October this year at just 30, compared to 13 over the same period last year. Veteran public healthcare workers in the region were sceptical, saying provincial data capture was outdated and too often paper based, with this function at clinics and community health centres often ignored or poorly executed.

Since May, emergency water tankers have been a common sight in eThekwini’s informal settlements and townships. Community halls initially overflowed with displaced people as the dilapidated and poorly maintained sewage infrastructure spewed excrement across streets and into rivers, dumping tons of raw sewage into the sea. This rendered eThekwini Blue Flag beaches and others for over 50 kilometres north and south of the harbour city unsafe to swim and has cost the tourism industry billions in lost revenue as people cancel or fail to make traditional festive season bookings. Already by Easter this year, bookings had dropped by half, with the previous July’s anarchy and looting still fresh in the minds of local and foreign potential visitors.

KZM Health MEC, Nomagugu Simelane, said one week after the floods that 58 healthcare facilities in the eThekwini, iLembe, Ugu, uMgungundlovu and King Cetshwayo districts were “severely” affected by the floods and most buildings had suffered damage to their roofs, floors and fencing.

When approached last week, she referred MedBrief Africa to her communications department and declined to engage. Ironically, the greatest diarrhoea-related publicity generated by the May floods was an outbreak of gastroenteritis that forced the Vodacom United Rugby Championship games between the Cell C Sharks and Irish side Ulster, as well as the Emirates Lions vs Glasgow Warriors to be postponed. Healthcare workers spoken to said it required little imagination to extrapolate contaminated food and drinking water in comparatively luxurious beachfront hotel accommodation to informal township homes already battling poverty and malnutrition.

“Generally, in terms of diarrhoea, malnutrition and pneumonia, those data are very difficult to come by. We haven’t looked at that or even of trends in terms of medical records. There are only eight community healthcare centres in my eThekwini health district, but I can’t just allow data like that to be released. The KwaZulu-Natal Department of Health has a lot of rules,” he said.

Health and Nutrition national manager for Save the Children SA, dietician Marumo Sekgobela, said a Sanofi-sponsored pilot emergency response began in Inanda last month and was due to run for a year.

“Diarrhoea often hits first and results in severe malnutrition, but it can work in reverse as well. If the children are already nutritionally compromised, the diarrhoea becomes severe and often life-threatening,” he said.

The project, aimed at mitigating the impact of the floods, involved 45 childhood caregivers and 30 community healthcare workers screening children, the goal being to reach 600 children and 750 caregivers within the first 12 months. “We are looking at preventing all childhood illnesses, which the floods severely aggravated, and are working with 15 Department of Social Development-approved early childhood care and development centres in the area, training their staff on child health and nutrition,” he said.

Sekgobela said his NGO had identified other civil society organisations that work with children in Inanda, “So we can refer children to clinics before things become worse. We’re looking for early warning signs. Basically, we’re screening, and our community healthcare workers are also going door to door,” he said.

He referred Medbrief Africa to Save the Children’s project officer in Inanda, but her cellphone remained on voice message, and she failed to return calls.

Sekbobela said the intention was to achieve success with the Inanda pilot project, thus convincing Sanofi to sponsor a nationwide roll out.