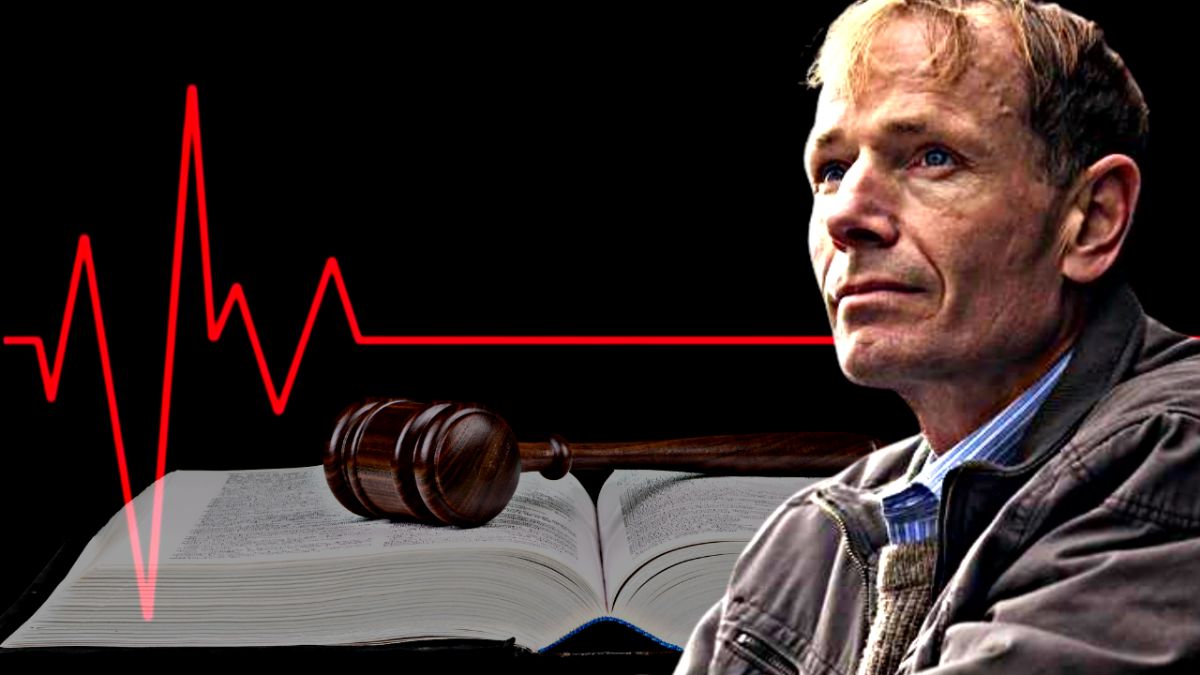 Referred to by the media as the “right-to-die activist”, Professor Sean Davison made headlines in June 2019 when he pleaded guilty to three counts of murder for assisting three men, all of whom were physically incapable of ending their own unbearable suffering, to die. It wasn’t long ago, however, that the DignitySA founder and committed campaigner for a change in  the law to allow for voluntary euthanasia in South Africa was a family man who enjoyed his work as a UWC biotechnology professor and had no thoughts on euthanasia. In 2006, Davison’s terminally ill mother reached the end of her tether and begged him to help her die. A more unthinkable situation doesn’t come to mind. It was then that Davison realised that it was not his choice – it was his mother’s choice to die and he agreed to help her while she still had a little bit of dignity. This event shaped the rest of Davison’s life. BizNews spoke to Davison to find out more about a man who has accepted triple murder convictions in his fight to decriminalise voluntary euthanasia. What followed was an in-depth, raw and detailed discussion of his experience and the radical flaws in SA law that have undoubtedly left many people with an impossible choice between doing what is right and doing what is legal. The only real conviction when it comes to Davison is his realisation that it is fundamentally moral to have the option of an assisted death and to choose your own time of dying. – Nadya Swart

00:59: The last few months leading up to Davison’s mother’s passing and the details of his participation in her suicide

04:29: Davison’s book Before We Say Goodbye and being reported to the police in New Zealand by his sister

08:57: The circumstances around Davison’s assisting in the deaths of Justin Varain, Richard Holland and Dr Anrich Burger

14:06: Finding the medication used in the assisted deaths

15:43: The ways in which SA law relating to assisted suicide/voluntary euthanasia discriminates against women and people with disabilities

19:09: The circumstances around Dr Anrich Burger’s assisted suicide and how this led to Davison’s arrest

21:08: The reasons behind Davison’s decision to plead guilty to three charges of murder in June 2019

26:08: Davison’s emotional and mental process when he brought about the deaths of his three friends and mother

28:45: How Davison’s sentence of house arrest for his conviction on three counts of murder indicate a shift in the perception around voluntary euthanasia

29:20: Human dignity and how rights enshrined in the Bill of Rights align with voluntary euthanasia

35:03: The need to reexamine established eligibility criteria for voluntary euthanasia to include persons suffering from severe psychological distress

36:39: How the process required to grant voluntary euthanasia is providing sufficient relief and, in turn, saving lives

38:00: The birth of Davison’s campaign for a law change to allow for voluntary euthanasia in South Africa

41:18: The overwhelming support Davison has received after his criminal convictions

Excerpts from the interview with Sean Davison

My mother was elderly. She was 85 years old and living in New Zealand and I was living in South Africa. So when the time came, when she was getting near the end of life, I went to New Zealand to be with her and that was kind of a way of celebrating her life – and she lived a full life. There’s no idea that she was going to have a dreadful death at all. But while I was there, she decided to go on a hunger strike to end her life, because she was a medical doctor and she knew as a doctor the dreadful death that awaited her from the cancer. So she made a medical decision: “I’m going to have control of my death by going on a hunger strike.” If you stop eating, there’s only one thing that can happen. You die.

It was a bit of a shock to me. I wasn’t expecting it. But I trusted her medical judgement. And she was my mother, and you do what your mother says. And she wrote a living will saying what she was going to do, and she asked us, her children, to respect it, which we did. My other siblings came and said goodbye to her. We all lived in different corners of the world and I decided to stay with her until the end as her sole caregiver.

And what happened next was quite a shock. The hunger strike went on and on and on. All she was doing was drinking a glass of water each day for comfort. And the days went by and the weeks went by and after five weeks of not eating, her flesh was breaking down on her body. She could not move her arms or her legs, but her brain, her heart, her kidneys, her lungs were all functioning perfectly. In other words, her body was breaking down to feed her vital organs. But at that point, she could not end her own life. And she was not the kind of woman or person to ask for help to die. But she couldn’t end it. She was immobile, almost like a quadriplegic at that point.

And only at that point, she begged for help to die. She realised that this condition could keep on going for many days or even weeks, rotting in her own bed. And so, initially, I was kind of shocked and thought, “I can’t do this. I’m so focused on keeping you alive, ironically.” But really, at the end of the day, I realised it was not my choice. It was my mother’s choice. She wanted to die while she had a little bit of dignity. It was only going to get worse. And so I did agree to help her to die.

Party, but I plead guilty at the plea bargain because what I did fit into the definition of the law. According to the law, assisted suicide was defined as murder. So I was admitting to that. Yes. And when I came out of the plea bargain, I called it as it was. It wasn’t murder. Some people think I’m being hypocritical admitting to murder and then denying it. It’s been said a few times.

Certainly without Bishop Tutu, I’m quite certain I would have gone to jail. [Our relationship] began in 2010, in New Zealand. At that point he was the chancellor of my university, University of the Western Cape, and he just instinctively came to my rescue requesting the court in New Zealand to allow me to return to South Africa until my trial, which is unheard of in New Zealand, getting a murder accused out of the country.

Of course, when I came back on bail, I introduced myself and thanked him and we bonded very nicely. Then I honoured his request to the court and went back to New Zealand to stand trial. I was convicted of assisted suicide in a plea bargain in the court trial. And he wrote to the court requesting leniency in my sentencing, saying, “This was really not a horrendous crime, he helped his mother.” And I got a very lenient sentence and the judge said listening to Desmond Tutu made a big difference. The only previous case in New Zealand was a woman helping her mother to die and she got a two year jail sentence. Got out after one year on parole, but yes, she did jail time. And I was facing the same risk. I didn’t even know about her when I was involved with my mother’s death.

And then in South Africa, I was arrested. The next day, Desmond Tutu came out to the media defending me without even knowing the details. Because we’d established a friendship over the previous eight years or so, he knew me and he knew I had not committed murder. Without knowing any more, he came out and said he supports me. I remember the headline: “Tutu supports Davison”. And that made a big difference. A lot of people were wondering, “Hmm, hang on, helping your mother’s one thing. Now, you’ve been charged with murder, and the court said there’d be other charges coming? People were probably wondering what’s going on. But when Desmond Tutu came out the next day it made me feel a lot happier.