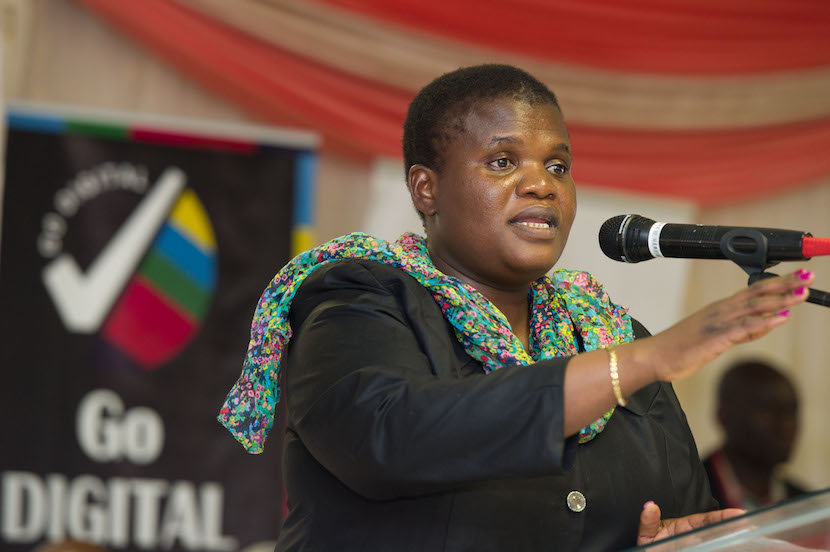 It shouldn’t surprise many South Africans that despite signing a 2006 agreement that the country would have digitally transformed by June 2015, the light at the end of the tunnel is still out of sight. Or as online specialist Russel Yeo says, the plan is dead in the water. And while Yeo hands current Communications Minister Faith Muthambi a short olive branch, laying the blame on her predecessor Ivy Matsepe-Casaburri, he does lament her inability to change the way the project was run and finish it. It’s another sad case of how corrupt activities and inefficiencies have hamstrung the South African populace. And as Yeo says, in any normal country, this minster would be out on her ear but don’t hold your breath. – Stuart Lowman

If you think that Faith Muthambi is the first idiot politician to wreck the media party, then you simply aren’t paying attention.

Take “Poison” Ivy Matsepe-Casaburri. Following a career of unmitigated failure, she was elevated to the post of Minister of Communications by Thabo Mbeki, to succeed Jay Naidoo. At the time – and this is now hard to believe – South Africa was a nascent leader in Internet development. She quickly put an end to that by entrenching Telkom’s monopoly.  As always, this was sold as a pro-poor move, opening telephone lines to underserved areas.  The poor were not impressed, and instead got cell phones. We plummeted down the Internet league tables. The Elephant Consortium, led by Mbeki mate and former DG of Communications Andile Ngcaba, finaly walked away with billions. This is a story worth repeating to those who see corruption and state capture as newly minted by the Zuma regime.

And let us not forget Eschel Mostert Rhoodie. His work to launch that bastion of quality journalism, The Citizen, led to the metaphorical defenestration of John Vorster. It wasn’t the plotting to undermine the sanctity of the press that did for Balthazar Johannes; every Broeder knew that the Engelse pers was evil and had to be stopped. Instead it was the misappropriation of state funds that was deemed imprudent. What an innocent time that was.

So our Faith walks a well-trodden path. Nonetheless, she was given a sound slap by the good justices of the Supreme Court of Appeal on Tuesday, as they derided her latest policy on set-top boxes as irrational.

Perhaps enough ink has been spilled already on the background, but here is a quick recap. Analogue TV signals crowd a vast swath of the available spectrum. This is unnecessary, as new digital technology squeezes huge amounts of content into thin slices of the spectrum.  It is wasteful, as the spectrum freed up by moving to digital is to new communications businesses as Saudi Arabia is to the oil industry. We signed the Geneva 2006 Agreement and were supposed to have completed the change by June 2015.

The original policy – issued 2008 – was very ambitious. It mandated set-top boxes which not only encrypted the signal, but allowed conditional access, messaging, and many other goodies.  That would mean that paying your TV licence would no longer be voluntary. It also meant that TV broadcasters would get a cheap way to earn subscription cash.  It is this last point that has been most misunderstood, as simple encryption is now all but meaningless.

The economics of the media business are beyond the scope of this diatribe, but the important bit is this: it is today almost impossible to pay for killer content by advertising income alone. Subscription income is the key. And you don’t get that unless you can cut off the non-payers. The only player able to do so is Multichoice, who got there by investing buckets of money into content and subsidising decoders.  That investment is now paying off, and could be under threat if upstarts could enter the game while taxpayers subsidised the set-top boxes. One such upstart could be e.tv.

And then – as always in our fair land – backroom argy-bargy took place. Violent and emotional scenes took place at e.tv board meetings.  The SABC sold the family silver to Multichoice.  And in early 2015, out of nowhere, our trusty minister suddenly reversed the migration policy, and encryption, and hence conditional access, was no longer policy.

People were shocked, shocked I tell you. Jackson Mthembu, then ANC spokesperson had a very public spat with the minster.  e.tv lost the first case in the High Court, but Tuesday won the appeal in the SCA.

Google Translate is sadly lacking a setting to decipher the High Legalese spoken by the learned justices of the SCA. Otherwise the output from this judgement might be something like what follows.

“The minster is confused and irrational.  She has made no attempt to consult with the people who know what they are talking about, nor those who actually have the power she is trying to usurp. While it is difficult to understand what the hell she is really saying in the policy, we can be sure that it is idiotic.  We throw it in the garbage with contempt.  And she must pay the considerable legal costs of her opponents.”

And so, despite all the babble past and future, the digital migration plan is dead. It is deceased.

In any normal country, this minster would be out on her ear.  Don’t hold your breath.