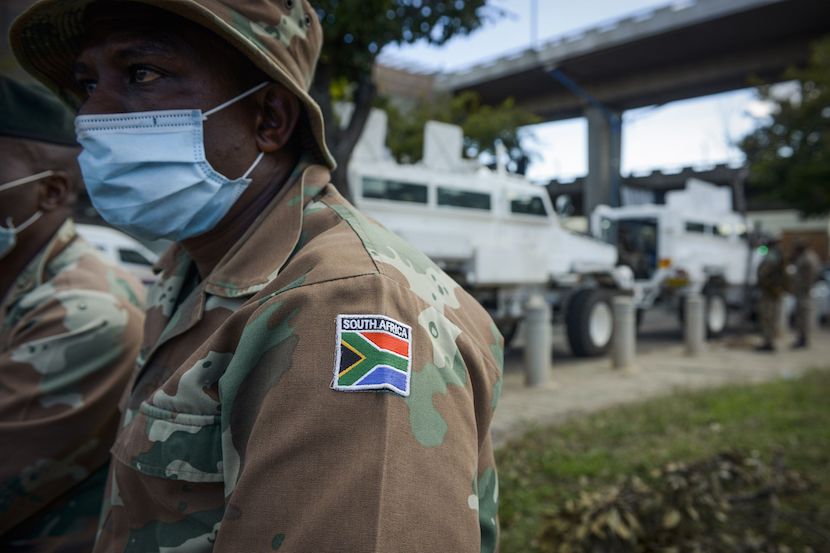 The World Health Organisation and politicians the world over have relied on data from coronavirus cases and deaths in other countries that were hit by the outbreak before them to estimate the risk they face from Covid-19. Data and statistics modelling are the engines that drive government responses, but have been criticised by some experts including a team from Stanford University and the epidemiologist behind Sweden’s decision not to lock down its economy, Prof Johan Giesecke, of being flawed. The issue they have, is that the real number of infections used in calculating an infection fatality rate is unknown, as a large majority of people who contract Covid-19 don’t even know that they have been infected. They think the real rate it is much closer to the seasonal influenza rate of 0.12%-0.2% than the WHO’s estimated case-fatality rate of 3.4%. In South Africa, the Government has also relied heavily on the models of other countries, which prompted President Cyril Ramaphosa’s early lockdown when cases of Covid-19 in the country was very low. And although Ramaphosa insisted that anyone could be affected; it was dismissed by many, first as a Chinese and then a rich White man’s disease. The Head of Wits School of Governance, Prof David Everatt, has cautioned politicians to be careful of how they use the numbers that are available on the coronavirus outbreak and said that the narrative on it should be controlled especially in a country where race always raises its ugly head. – Linda van Tilburg

Statistics do not provide a cold or inanimate way of dealing with the world – they are one key part of the world, waiting for someone to spin the tale they tell.

At a time of heightened fear such as the world is currently living through, ensuring statistics of death and disease are handled with sensitivity should be self-evident, most particularly to politicians.

No one controls who talks to data once they’re in the public domain. No one stops journalists or students or politicians from analysing official stats as they see fit, thus creating their own narrative. That is why there are clear ethical and legal protocols in place.

The most basic of these is never to release data that may allow respondents to be identified.

In the case of South Africa this means that, in practice, Statistics South Africa (Stats SA), the country’s national statistical service, anonymises data it does release and has legal rules for the “level” at which data can be made available. This refers to both individuals and small, identifiable communities.

This is appropriate. It prevents the potential violation of confidentiality – the ability to point accusatory fingers because you choose to read (or misread, exaggerate, over-state) numbers in a particular way.

But is this basic protocol being adhered to during the Covid-19 pandemic?

Sadly not. An early case in point is the Western Cape, where premier Alan Winde released remarkably detailed figures on the local level sites of COVID-19 infection in the province.

As Winde put it,

Today (March 29) we have started providing sub-district information across the Western Cape, including in the city of Cape Town. The stats show us that this virus is spreading, reaching communities across our province. Each and every one of these cases, from Khayelitsha and Mitchells Plain to Mossel Bay — is of very serious concern for my government.

He went on to give detailed data for the Cape. Winde’s example has since been followed by other premiers, mayors and many others. This is not a party political point-scoring piece.

The obvious question is: why tell us, at such granular level?

Winde was no doubt acting from good intentions, one most people would share, which is that the more information people have, the more they may appreciate risk, and the better they may respond to the constraints of the Covid-19 lockdown.

And, quite rightly, he was trying to put out the flames of potential stigma – as every politician subsequently repeats as they intone the nightly death toll. He and others have tried to say the disease knows no race or age or class. It can get anyone.

But the path to hell, as we know, is paved with good intentions.

The politics of death

When the first South African Covid-19 infection was reported on 5 March, almost immediately a video was circulated by some political figures that made it clear this was a rich white problem. Who else visits Italy in March?

It pointed to the immediate racialisation of the first South African infection. This was a disease of white globe-trotters. This was a problem for rich whites, not for “us” (mainly poor black people). It fed on the political discourse that marked the 2019 election – “protect our borders” (from “them”), take back “our” land and jobs (from a different “them”).

The same reaction greeted HIV when it debuted in the 1980s and was written off as the gay-related immunodeficiency syndrome. It was a disease of “moffies” – a derogatory term used to describe gay people in South Africa – a Western disease, a white disease, and a “them” disease. It was self-evidently not “our” macho, heterosexual problem. Until it was. And then it slaughtered people, and is still doing so.

Have people really learned absolutely nothing?

COVID-19 is everyone’s disease as well, as people are grudgingly accepting. But the race and class profile – of this being a problem for rich white people, that started with South Africa’s infection #1 – created a discourse that has not disappeared. It is fuelled by the country’s existing racialised inequality and people’s genuine fear of this invisible virus.

The release of data showing that “rich white” suburban parts of Cape Town and Johannesburg are the epicentres in both city and province is problematic. It feeds into and amplifies South Africa’s tendency to default to race, and creates real local divisions that mirror and deepen those already hardcreted into South Africa’s cities by apartheid spatial engineering.

But why did stigma exist (and why so early)?

In no small part, because government didn’t control the narrative from day one. As a result, every session now includes the repetition that the virus cares not a jot for race. But, though government spokespeople also reassure South Africans that it doesn’t care if you’re rich or poor, a new narrative is taking root, that “the poor” are “the problem” – that enforced proximity coupled with poverty and compromised health means the epicentre will be informal settlements.

This is because we are so fundamentally unequal that this virus (like HIV before it) is going to disproportionately affect the poor. And the poor are overwhelmingly black. So the prejudice that welcomed Covid has created its own truth.

Statistics do tell stories. But they are understood in different contexts. So while everyone would love to know more about their neighbours – from the census, from Covid-19 data, from income and expenditure surveys, and other official data sources – they can’t. And they should not be able to – that way lies stigmatisation, racist and nationalist narratives, and worse.

In many countries across the world narratives of “our” jobs apparently being “taken” by others are becoming increasingly common in the wake of Covid-19. This, as has been shown in South Africa prior to the pandemic, leads to xenophobic violence and more death, as happened immediately after the 2019 national elections.

Politicians should take heed. Good intentions do not guarantee good outcomes. Stop imagining that granular data helps – it doesn’t. Stick to the protocols – and the law. Statistics South Africa does not release this type of data, precisely to protect people from one another. Leaders need to do the same, or the country may be divided after the Covid-19 crisis than it was before it hit.