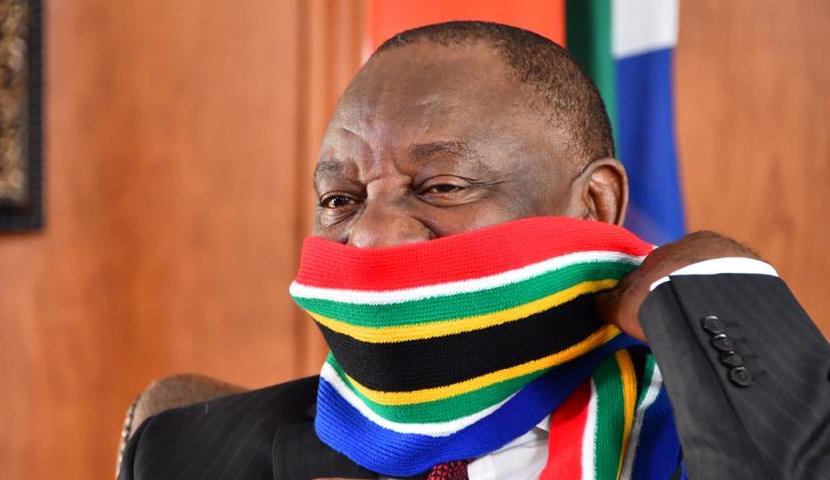 Episode 25 of Inside Covid-19 is dominated by the easing of lockdown restrictions dominates; we have a moving discussion from Biznews colleague Chris Bateman who explains why being infected with Covid-19 is a likely death sentence for himself and other immune suppressed people; also the HSRC report on what the lockdown has done to SA; UK prime minister Boris Johnson and his nation’s fight against the invisible mugger; and why it takes so long to recover after being forced onto a ventilator. – Alec Hogg

First in the Covid-19 headlines today:

Ron Whelan, the chief commercial officer at Discovery Health. We’ve been listening over the weekend to Ebrahim Patel the Minister of Economic Affairs, telling us how the lockdown is going to end or rather go from Level 5 to Level 4. It doesn’t sound too bad, listening to his insights he says 4 out of 10 people in the economy are going to be going back to work as of the 1st of May. How are you reading it?

It’s really a transition rather than an ending of a lockdown. There is an expansion around manufacturing and mining and all the other industries which we discussed last time. I think there is some interesting expansion around some of the retail and office based services. We will see some parts of retail come back, more specifically things related to winter clothing in particular and some office equipment. You still have many restrictions as well. Our hospitality industry for example is still going to be restricted, restaurants are still restricted, alcohol sales are still restricted. A reflection around your 4 out of 10 is probably about right. From a discovery perspective we’ve taken a decision to continue to operate as usual lockdowns operate at around about a level 5. There’s one or two of our teams that will now begin to come back into the office, that weren’t able to operate effectively around level 5 restrictions. Instead of ending up in what the New Zealand Prime Minister calls a yoyo situation, where you are bouncing from level 4 to 5, we’ve taken a decision to be more conservative. Give the organisation some predictability over the next month or so. It’s certainly a challenging operating environment. It is going to be tricky to manage and we’re going to need some more clarity on how the different levels will affect national, provincial and municipal. How that’s going to play out is not entirely clear. If you look at some of the big metropolitan cities, the city of Joburg, eThekwini and Cape Town for example looked like they could be red zones and potentially level 5. How are you operating in an environment with some of your metropolitan on level 5 and some on level 4 is complicated. For that reason we’re now operating largely on level 5 with some parts of Level 4 in place.

So the way that I look at it at the moment, from what I understand is that the whole country then goes to Level 4 from the 1st of May. How then do the regions come into play i.e. with Johannesburg being one of the red zones as you mentioned earlier. Does that mean that it might go back to level 5 at some point.

There are some pretty nice graphics that have been published by the department that we have all over the place, for instance in our own industry it was easy to see, online publishing, we are part of it. So we can go back to work but we are going to have to do things a little differently. Maybe you can just use my example for Biznews, what will we have to do differently to what we did in the past?

The whole world has changed from an operating environment perspective. There’s two elements around going back to the office. The first one is prevention. All of the prevention mechanisms around temperature screening at your entrances, masks, hand sanitiser, spatial separation and so on and so forth. A second element is a reaction. As we move into this new environment, I think the common cause that all businesses across South Africa will at some stage have a Covid infection. Hopefully those are very well isolated and contained but given the more pervasive spread of infections across the country, you are going to end up with an infection at some point in time over the next few months. You’ve got to be ready to respond to those. When it happens it can build a lot of anxiety and scrambling for solutions. What we’ve got in place of discovery is what we call a Covid response team. A team that is led by clinicians across all our business and who are able to quickly get into any given situation, assess and contain the situation, arrange for quarantine and testing. That mechanism is certainly going to be critical over the next three to four months. We’re also working with many other employer partners of the discovery group to help them implement some of the mechanisms around reacting to Covid cases. To your point, is both prevention on the one hand and all of the activities that you’ve had thus far, reaction on the other hand.

So you’re going to work now with a mask on, would you have to wear that inside the building?

Yes, masks are mandatory. A little uncomfortable. Fortunately we’re in winter so much more tolerable, it would be very difficult to wear them in a South African summer environment. Masks are not only mandatory for traveling to work but in our offices as well. We have also reconfigured desk spaces across offices. We’ve got special stickers across our desks, you’re only allowed to sit at a desk where there’s a green sticker. We’ve measured out the office so that we are guaranteed at least 2 meters in spatial separation across all of our offices. The third thing, from a prevention perspective is we have significantly upped cleaning protocols at the door. If you could prevent infection coming into the building you limit so many complications. Temperature screening is critical. We are also doing symptom checks for anyone who’s come into the office or any of the Covid signs and symptoms. Cough, fever, sore throat, diarrhoea, gastrointestinal illness, anyone who’s picked up on those symptoms are isolated in a separate room. Paramedics do another round of assessments and monitor them for a while. If they’re fine, they’re allowed in, if there’s any concern we rather get them home.

You’ve mentioned temperature a couple of times. How does that reflect whether someone has been infected?

In many instances fever is the first sign of a Covid infection. The only challenge of temperature, it’s a quite a crude measure. Your temperature varies from for instance your morning to afternoon, you would have a lower temperature in the morning and a higher temperature in the afternoon. So there is certainly a circadian rhythm to temperature. It varies depending on the size of individual smaller people, larger people, it interestingly varies across your menstrual cycles as well. Temperatures is quite an interesting metric in that there are many variables at play. It is one of the leading Covid indicators and is very useful from a screening perspective. What we’re finding is that our temperature screening is identifying a very small proportion of people coming into our buildings. I was quite worried when we implemented temperature, I thought we would have many more people identified for additional screening and isolation, but it  has been quite a small proportion, well below 5%.

What is the degree that one’s temperature changes by to be concerned that you might actually have picked up the virus?

Over the last two weeks we’ve debated temperature and analyse temperature more than I’ve done in my entire medical career. It’s been fascinating, I’ve learnt a lot. Essentially the ratio was 37.3. That’s the cutoff for temperature. That’s a WHO standard on a temperature screening threshold, in accordance with European and US protocols, in fact the New Zealanders have implemented something similar. That’s point number 1. Point number 2 is anything between 37.3 and 38 degrees is low grade fever. In other words you’re in an intermediate phase of temperature. Once you start going above 38 then that’s conclusive that that’s a different fever. What we have implemented is if anyone is above 37.3 we do additional screening and additional temperature checks on. If you are above 38 then you’re home immediately.

As far as other companies who clearly aren’t as jacked up as Discovery would be, first of all you’ve got to get someone taking the temperature of every employee who comes in. Secondly they’ve got to be wearing masks. Thirdly, what about the hands. Is sanitising enough or should people be wearing gloves?

The critics are saying we’re all going to get this anyway, so what’s the point of putting in so many obstacles, doing all this is a bit of an overkill. What’s your thought on that?

This is a very hot debate. The debate happens at two levels. A national debate, what we’re trying to do nationally is flatten the curve and the reason you want to flatten the curve is that we don’t put additional strain on our healthcare system. We can’t afford to fill up the ICU bed and critical care bed capacity, if we do do that then when you end up with additional cases, you’re not able to manage those appropriately. The first part is flattening the curve from a national perspective. From a business perspective, you’ve got to think of it in a similar way. Imagine it across your operation, you end up with a spike and you end up with an outbreak across your mine, factory, retail business. You spike quickly and you end up with a lot of cases, effectively you will have to shut down an entire operation. Whereas if you flatten the curve and you have a handful of infections you are able to manage and contain. We think of it in exactly that way at Discovery. We acknowledge that over the next few months it’s inevitable that we will end up with a few infections across offices, we will do everything to make sure that those infections are contained, that no staff are impacted in any way and we don’t put anyone at risk. It allows us to maintain some operational continuity over time. Our clients at Discovery rely on us to pay medical aid claims and support people through health care crises. So it’s critical for us to be able to sustain the operation over the next three or four months.