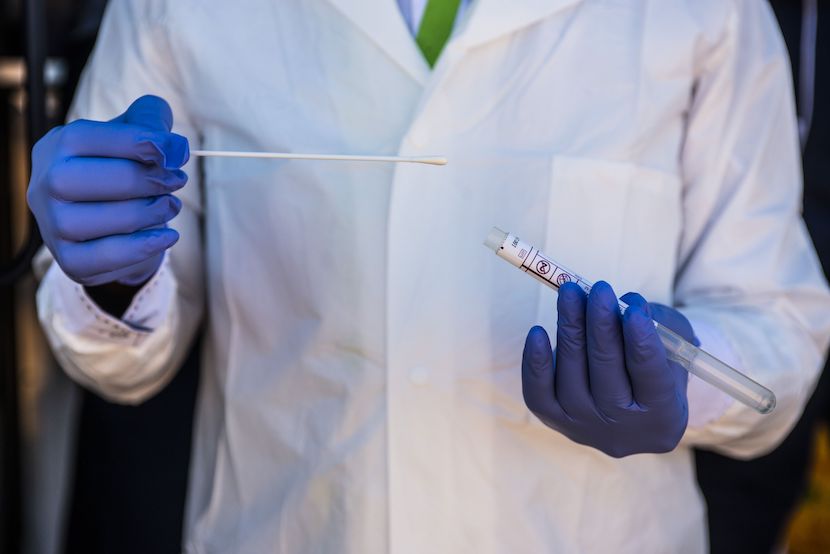 Without well-substantiated facts, speculation abounds and politicians trying to manipulate public opinion (generally through fear-inducing, selective data), eventually get hoist with their own petards. Time will tell in this ‘scandalous’ case where what’s alleged by a heavyweight scientific outfit, is that our rulers are inflating Covid-19 death predictions four-fold – without providing any model to base this on. This suits the heavy-handed lockdown policing and the much-speculated use of the pandemic by the ANC to further its own political agenda. Having covered politics for a while, I find it healthiest not to trust (any) politician. I use ‘healthiest’ advisedly, as you’ll see in this cogent appeal for transparency, the lack of which raises deep suspicion and, it’s proposed, is actually harming people. If you thought the government attack on MRC chief, Prof Glenda Gray, was a bit over the top, just wait until this story boils over. It’s perhaps said best in two other South African languages; “Die poppe gaan dans,” and ‘Kuzo duma!”. Biznews has been covering criticism of the government’s ‘dodgy data,’ (see ‘Gilding the Lily – govt’s selective Covid-19 interpretations’ elsewhere today), and a theme is emerging. Puffing up our Covid-19 testing efficacy, and age-adjusted mortality figures way out of whack with the rest of the world. – Chris Bateman

Following Thursday 21 May’s symposium with the Minister of Health, we set out below our comments.

At the outset, we note that, as at the date of this letter, your model has not been made public. This is, in our view, deeply problematic. By insulating your model from scrutiny, you forego the valuable contributions that could be made to refining the model or assessing your model against others. Given that the model serves a public interest imperative, and that decisions affecting all aspects of citizens’ lives are being taken on the basis of the predictions your model generates, the public should have insight into its workings. In this regard, the experience of other countries cannot be ignored. Imperial College’s SEIR model (which predicted over 500,000 deaths in the UK and over 2,000,000 deaths in the United States) was released publicly and experts set to work improving what was described as “totally unreliable” and “a buggy mess” in a manner that clearly benefited decision-making.

Before even getting into the details of model structures and parameters, our salient observation is that estimates of South African deaths in the 40,000 plus range are outlandish:

When we age-adjust relative to the very worst-hit nations in the world, we are challenged to understand how any model for South Africa could reasonably produce a death forecast of more than 10,000, particularly given that the observed age distribution of deaths in South Africa so far is almost precisely what would arise if the country did not embed any sui generis features (such as HIV or TB as comorbidities).

Our article of Thursday last also highlighted seven serious falsifications of the corollaries of standard SEIR models, any one of which would be material enough to void their legitimate application.

One of the consequences of models entailing these large fatality forecasts is that they encourage policymakers to sustain lockdown strategies that embed their own humanitarian crisis. PANDA may have been first to attempt to put a number to the mortality implications of the economic devastation, but our results have been picked up and echoed elsewhere, here and abroad. The assumption in modelling circles seems to be that low fatality estimates are intrinsically more dangerous than high estimates. This is patently and demonstrably incorrect because lockdown strategies that are justified by the high fatality numbers the models are generating also have health impacts. Excessive estimates of fatalities produced by your model will result in harm being suffered.

It is, in our view, scandalous that the models the South African government has been presented with could ever have produced a number of 351,000 fatalities and that they have been adjusted from a best case scenario (i.e. with hard lockdown) of 89,000 fatalities to 40,000 without any explanation.

We therefore regard it as being in the public interest that you should immediately describe the parameters used for your model at all points in the context of the above observations. In the absence of a sound hypothesis for why any of these observations should not be considered highly relevant for South Africa, we expect that you will revise your model with great haste and make public the results at the nearest opportunity.

We trust that you will respond positively to our request to release your model publicly. In case you choose not to do so, we attach to this letter a request for access under the Promotion of Access to Information Act.

I hope that you are well.

Thank goodness for your article (Outcry over governments “alarmist” Covid 19 modelling) as I have been tearing my hair out with the modelling predictions appearing on News24 over the last couple of weeks. I would have written to Nick Hudson to voice my support but unfortunately could not locate his email address. After the initial article was published regarding the optimistic and pessimistic models presented by the “experts”, I immediately wrote to the journalist and one of the scientists involved. The numbers didn’t make any sense. Subsequently, there was another article in News24 by the same journalist trying to explain the models and adding additional numbers which portrayed an even worse scenario ie 12-13 million symptomatic infections by early November. That equates, on average, and approximately, to 80 000 new cases every single day for 150 consecutive days!! (5 months June to beginning November – 150 days and 12 million cases). The article also claims 83-88% of South Africans will contract the virus by then “Overall, we estimate that, while 83% to 88% of the population may become infected, most people are expected to have no or mild symptoms.” Nowhere in the world has this been the case!! In a recent antibody test in the UK, which was one of the hardest hit countries, only 5% of the population overall (17% in London) tested positive. In Sweden, where there has been no lockdown, only 7% of the population were deemed to have contracted the virus. Where on earth do we get 83-88% from? (approximately 48 million South Africans).

What saddens me is that these people are “experts” in their field and what they present really matters. Not only to a battered and broken public who do not need any more angst and panic but also to health officials who are planning their response based on these numbers. The fate of the economy also depends on these models and their reliability. These people should be held accountable. Of course when it becomes evident that they are wrong they will say either that they saved lives by scaring the public into changing their behaviour or that the virus is unpredictable and that they couldn’t have known. Both excuses should be treated with contempt.

Based on what our experts say, SA will break all the world records, by millions of cases.

Anyway, my hope is for these experts and “investigative” journalists to be properly challenged in terms of these ludicrous numbers as they are have created so much panic and anxiety in an environment which is crying out for common sense and a voice of reason.

Thank you for your time.