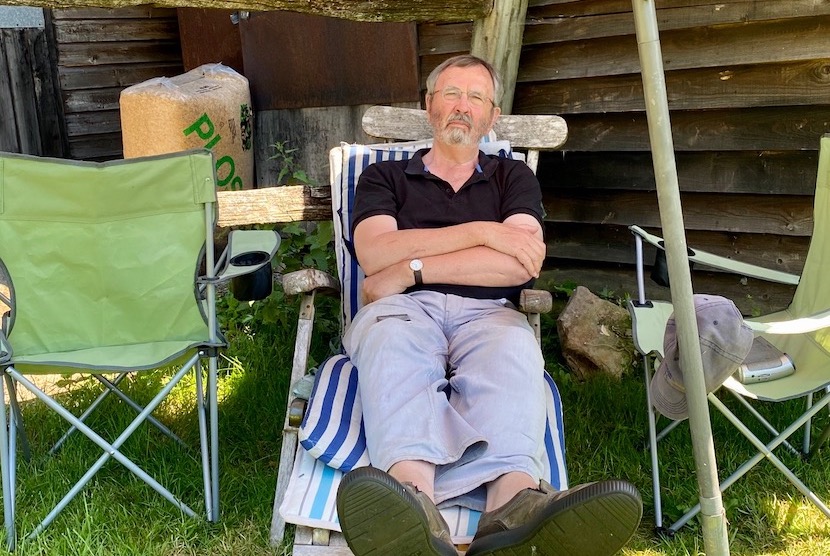 In Episode 46 of his new book, author Julian Roup offers a shocking recap of Boris Johnson’s response to Covid-19.

“Events dear boy, events” was former Prime Minister Harold MacMillan’s comment on the unpredictability of politics, and how events  can scupper the best laid plans. In the case of Covid-19 there was no plan and for that this apology of a government is culpable. That much is clear when we look closely  at a recap of events compiled by the political lobbying organisation TW-IN based in Tunbridge Wells:

December 31st – China alerts WHO to new virus.
January 23rd – Study reveals a third of China’s patients require intensive care.
January 24th – Boris Johnson misses first Cobra meeting.
January 29th – Boris Johnson misses second Cobra meeting.
January 31st – The NHS declares first ever ‘Level 4 critical incident’. Meanwhile, the government declines to join European scheme to source PPE.
February 5th – Boris Johnson misses third Cobra meeting.
February 12th – Boris Johnson misses fourth Cobra meeting. Exeter University published study warning Coronavirus could infect 45 million people in the UK if left unchallenged.
February 13th – Boris Johnson misses conference call with European leaders.
February 14th – Boris Johnson goes away on holiday. Aides are told keep Johnson’s briefing notes short or he will not read them.
February 18th – Johnson misses fifth Cobra meeting.
February 26th – Boris Johnson announces ‘Herd Immunity’ strategy, announcing some people will lose loved ones. Government document is leaked, predicting half a million Brits could die in ‘worse case scenario’
February 29th – Boris Johnson retreats to his country manor. NHS warns of ‘PPE shortage nightmare’ Stockpiles have dwindled or expired after years of austerity cuts.
March 2nd – Boris Johnson attends his first Cobra meeting, declining another opportunity to join European PPE scheme. Government’s own scientists say over half a million Brit’s could die if virus left unrestrained. Johnson tells country “We are very, very well prepared.”
March 3rd – Scientists urge Government to advise public not to shake hands. Boris Johnson brags about shaking hands of Coronavirus patients.
March 4th – Government stops providing daily updates on virus following a 70% spike in UK cases. They will later U-turn on this amid accusations they are withholding vital information.
March 5th – Boris Johnson tells public to ‘wash their hands and business as usual’
March 7th – Boris Johnson joins 82,000 people at Six Nations match.
March 9th – After Ireland cancels St Patrick’s day parades, the government says there’s “No Rationale” for cancelling sporting events.
March 10th – 13th Cheltenham takes place, more than a quarter of a million people attend.
March 11th – 3,000 Atletico Madrid fans fly to Liverpool.
March 12th – Boris Johnson states banning events such as Cheltenham will have little effect. The Imperial College study finds the government’s plan is projected to kill half a million people.
March 13th – The FA suspends the Premier League, citing an absence of Government guidance. Britain is invited to join European scheme for joint purchase of ventilators, and refuses. Boris Johnson lifts restrictions of those arriving from Coronavirus hot spots.
March 14th – Government is still allowing mass gatherings, as Stereophonics play to 5,000 people in Cardiff.
March 16th – Boris Johnson asks Britons not to go to pubs, but allows them to stay open. During a conference call, Johnson jokes that push to build new ventilators should be called ‘Operation Last Gasp’
March 19th – Hospital patients with Coronavirus are returned to care homes in a bid to free up hospital space. What follows is a boom of virus cases in care homes.
March 20th – The Government states that PPE shortage crisis is “Completely resolved” Less than two weeks later, the British Medical Association reports an acute shortage in PPE.
March 23rd – UK goes into lockdown.
March 26th – Boris Johnson is accused of putting ‘Brexit over Breathing’ by not joining EU ventilator scheme. The government then state they had not joined the scheme because they had ‘missed the email’
April 1st – The Evening Standard publishes that just 0.17% of NHS staff have been tested for the virus.
April 3rd – The UK death toll overtakes China.
April 5th – 17.5 million Antibody tests, ordered by the government and described by Boris Johnson as a ‘game changer’ are found to be a failure.
April 7th – Boris Johnson is moved to intensive care with Coronavirus.
April 16th – Flights bring 15,000 people a day into the UK – without virus testing.
April 17th – Health Secretary Matt Hancock says “I would love to be able to wave a magic wand and have PPE fall from the sky.” The UK has now missed four opportunities to join the EU’s PPE scheme.
April 21st – The Government fails to reach its target of face masks for the NHS, as it is revealed manufactures offers of help were met with silence. Instead millions of pieces of PPE are being shipped from the UK to Europe.
April 23rd – 24th Government announces testing kits for 10 million key workers. Orders run out within minutes as only 5,000 are made available.
April 25th – UK death toll from Coronavirus overtakes that of The Blitz.
April 30th – Boris Johnson announces the UK has succeeded in avoiding a tragedy that had engulfed other parts of the world – At this point, The UK has the 3rd highest death toll in the world.
May 1st – The Government announces it has reached its target of 100,000 tests – They haven’t conducted the tests, but posted the testing kits.
May 5th – The UK death toll becomes the highest in Europe.
May 10th – Boris Johnson lifts restrictions.

There will doubtless be debate about this time in Britain for generations to come. There are those who will seek to exonerate Boris and his cabinet colleagues from any guilt for the number of dead, and there will be others, like me, who wish to see him held to account. It has been a shameful record of hubris following his election victory, leading to an at best, laissez faire response to the worst danger Britain has faced since WW2. It is clear and evident to me that Boris is no Churchill. He all but abandoned the country in its hour of need. But all of this will be for others to decide at a public inquiry.

I am hopeful that some profound lessons may have been learned in the midst of this carnage, and that change may be in the offing after the pandemic has passed. If one thing comes out of this mess, it must be a narrowing of the wealth gap. The base of the social pyramid must be rewarded for holding the rest of the pyramid up. Shelf packers and supermarket staff, corner shop owners, delivery drivers, postal workers, security guards, essential shop workers, everyone in the health service. It has become brutally clear that we are indeed a society – however much Margaret Thatcher wished to deny its existence – and hugely reliant on each and every member, especially those who in normal times are least regarded. A society which does not work to the benefit of all is a society waiting to collapse. And the country needs a Prime Minister that is deserving of respect.

Jan and I have been in lockdown for a total of 75 days thus far. What comes next is in the lap of the gods. But my horse is calling to me, as are the far green reaches of Ashdown Forest. I want to rebuild my fitness and make the most of what time I have left, the shadows grow long on my lawn. And one cannot live on one’s knees forever. I will have to take my chances of dodging a second, third, or fourth wave of this accursed virus. I will be careful. But what is a life without a little danger? One needs to face one’s fears. There is a buzz to that.