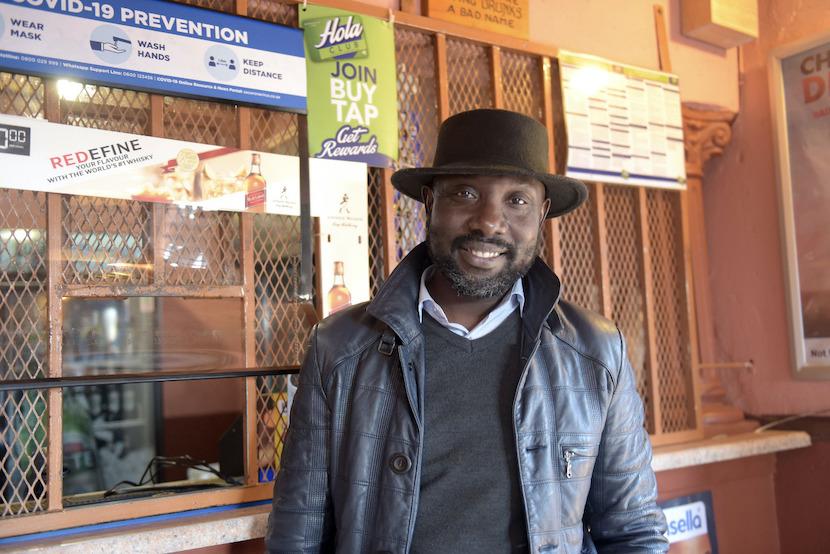 The effect of the alcohol ban has been severe. Lucky Ntimane – who represents 34,500 tavern owners – says the decision to suddenly shut drinking holes and implement a booze ban is going to cause enormous financial difficulty to an estimated 1m people. Since President Cyril Ramapohosa announced the reinstatement of the alcohol ban, Ntimane told BizNews founder Alec Hogg that he “wanted to sit down with the government to try and find ways in which we can propose a solution that will look at preserving lives and also preserving levels, as it were”. His proposal was to lift the ban and focus on reform “to the responsible consumption of alcohol,” he said. Now, the organisation he represents aims to raise R100 million to support tavern owners left without income over a two- to three-month period, until the ban is lifted. – Nadim Nyker

The convener of the National Liquor Traders Council (NLTC) Lucky Ntimane has announced a Tavern Relief Programme that it is seeking to raise R100 million to support its 34 500 taverns over a two to three-month period by providing food parcels and other necessary supplies.

He said they hoped to raise this through industry partners and the general public. Through associations affiliated with the NLTC, it would identify taverns in need and respond accordingly.

The Council is also seeking a Government support grant for its taverns via a once-off payment of R20 000 each, which will require further support of R690 million.

Ntimane called on the President to outline when the ban on alcohol sales will be lifted and under what conditions.

“If the Government acts now and lifts the ban, we can begin to recover and prevent this catastrophe,” he said.

“The unfortunate decision by President Cyril Ramaphosa to suspend the sale of alcohol has shattered the entire alcohol industry and its extensive value chain. The fact that the Government failed to consult with the industry before the ban added salt to the already gaping wound.

““The Government’s posture as regards support for taverns has been mute, and its lack of appetite to engage with the NLTC on the issue of preserving livelihoods and lifting the alcohol ban has been ignored,” said Ntimane.

He added that , “the Government continues to treat the industry with disdain and with no alternatives for support being entertained or even acknowledged. This attitude is the hallmark of an uncaring government, which small business owners operating in the townships have been subjected to for a long time. It seems determined to reinforce the stereotypical perception of taverns and tavern-owners as, at best inconsequential, and at worst, irrelevant.”

Winston Hector, the Chairperson of the NLTC had this to say, “the cornerstone of the township economy is underpinned by two major industries: Taxi and Liquor. With liquor industry effectively being shut down, the township economy is on its knees with no sign of growth expected in the next few years. The worrisome trend is that black businesses in the township market continue to bear the brunt of an uncaring government not keen to supporting their growth, let alone their existence.”

“We have great faith in our entrepreneurial and resilient spirit. The NLTC is already embarking on a programme to mobilise the township liquor trade to honour the President’s call for a ‘social compact’ to help rebuild the economy and address specific issues in partnership with all stakeholders.”

The NLTC programme, he explained, was underpinned by four pillars: Tavern Dialogues, Social Impact Programmes, Tavern Support, and Government Engagement. The Dialogues will tell the real story behind the taverns, profiling their owners (54% of which are women), and the critical social and economic role they lay in the community.

“Our Tavern Relief Programme is a bold initiative to ensure our survival, preserve our livelihoods, and restore our dignity,” explained Ntimane.

Ntimane has also called on the Government to agree to work together with the sector to properly plan and implement programmes and interventions that address the issues arising out of the irresponsible use of alcohol.

“The NLTC and its members understand the need to bring about behavioural change to address the abuse of alcohol,’ he added.

Through targeted interventions, it will continue to lead the fight against gender-based violence through:

The engagement with the Government in formulating a common strategy to deal with issues of alcohol abuse and harm and create social impact remains “our top priority as we seek to continue our active role as leaders in the communities in which we operate”.

“But for these initiatives to succeed we need to engage with all stakeholders, including the Government. The first step is to lift the suspension on alcohol immediately,” he said.