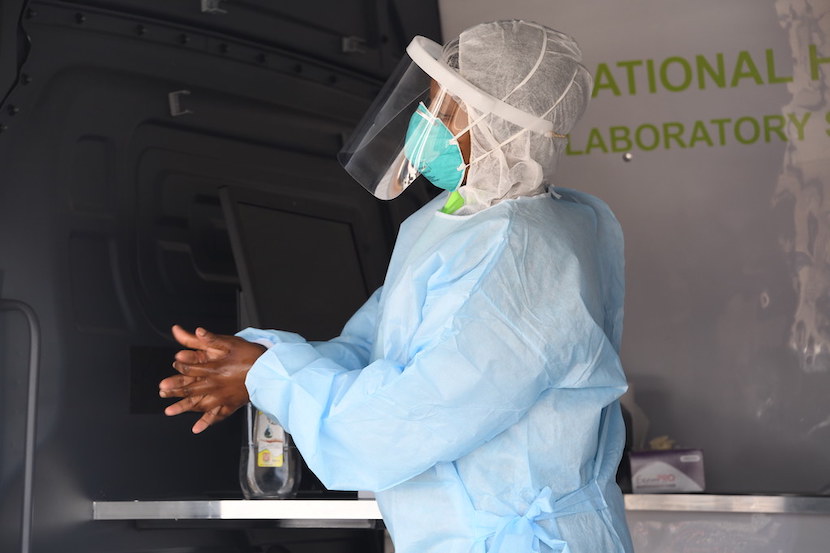 Covid-19 statistics are hotly contested terrain, with highly numerate specialists from a range of professions taking each other on to figure out where South Africa is in the pandemic. The data is critically important because it informs government policy, which many believe is far to restrictive and is damaging the economy with little to no benefit for the hospitals it is designed to protect. Dwaine van Vuuren, a quantitative analyst, reckons South Africa’s Covid-19 death rate will be anywhere between 10,000 and 50,000 – Editor

We examine all countries with a population over 1-million that are in the late stage of their respective Covid-19 outbreaks, with deaths per million population that have plateaued and currently greater than that of South Africa (data from ourworldindata.org): 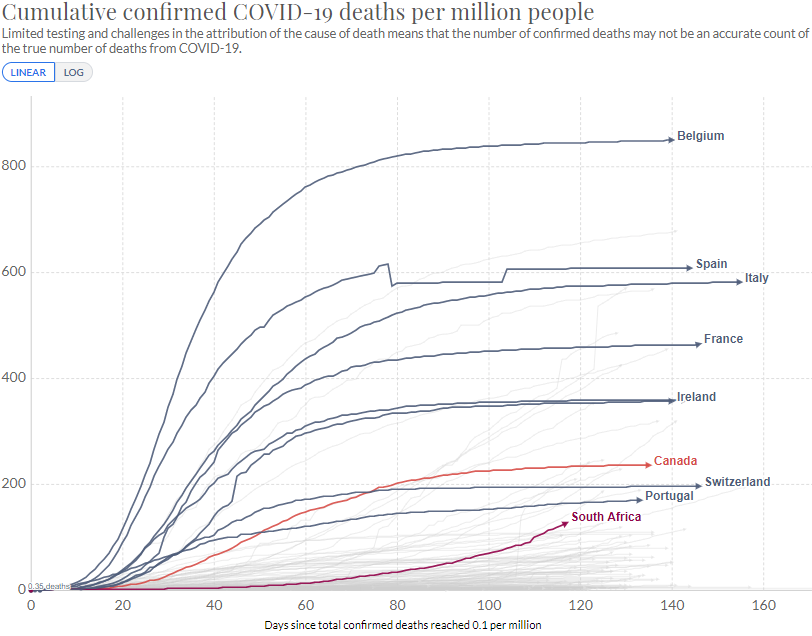 South Africa is going to plateau somewhere in-between this group, assuming of course we don’t land up having the worst death rate per million on the planet.

We can use the death rates per million from this group to infer total deaths for South Africa by the time the virus has run its course on our shores: 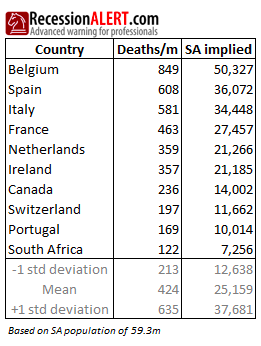 If we assume we are statistically likely to end up within one standard deviation from the mean of the above group, this implies SA deaths ranging from 12,638 to 37,681 with 25,159 a likely midpoint.

With our current deaths at 7,256 as of this writing, we appear less than halfway through this pandemic.

It is a lot more difficult to infer number of cases, since cases-per-million have a low statistical bearing on ultimate deaths per million (correlation of 21%) in the sample set: 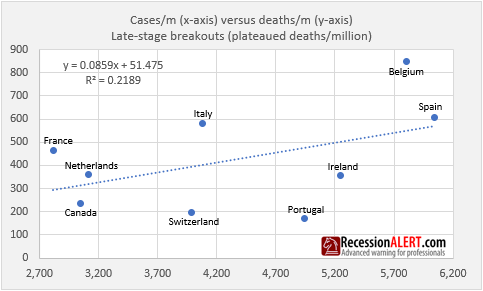 Case reporting is likely to be much more inaccurate and variable than death reporting. When there is a death there is far more rigorous legislative and legal paperwork and processes involved than case reporting. For this reason its probably pointless to try and estimate our ultimate cases using other countries’ case/million data. Rather, we can use our current mortality rate of 1.6% against our estimates for total deaths, to infer a case range for SA of  789,000 to 2,355,000 (1,572,000 midpoint) infections when we plateau.

Given these estimates (and granted they are wide), the once thing we can be certain of is we are going to be at least until October/November until we see light at the end of the tunnel.