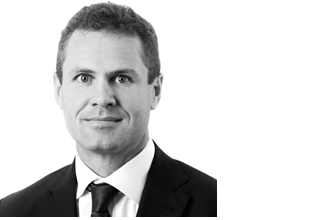 A lot of the business news press is filled with discussions of how various macroeconomic factors and economic policy are going to influence investment returns – I myself have written a lot on the topic. But according to the folks at RECM, smart investors don’t allow themselves to be distracted by the macroeconomic news of the day. Instead, says RECM, smart investors focus on the major determinant of their returns – how much they pay for the asset they’re buying.

In other words, RECM recommends taking a value approach to investing, focusing on looking for stocks that are trading at a discount to their potential future earnings and ignoring noise about macroeconomics and policy that serve only to distract. It’s an interesting perspective, and not one that I fully agree with – after all, RECM itself almost certainly considers the macro environment when making its investment choice. I think there’s a balance between understanding the macro environment, but not allowing it to dominate your thinking. – FD

GUGULETHU MFUPHI:  After the 2014 Elections. Jan, good to have you with us. Perhaps we could start from an economic perspective, so if you look at the Legislature that we have out in potential policies that could be at play.

JAN VAN NIEKERK: It’s a noisy thing. We are 20 years into democracy in South Africa. There’s lots of noises and songs and that’s how peoples’ voices get heard and, as an individual, you might not agree with it but if you look at the path that’s developing, a lot of the beacons that one would look at, are still in place. Yes, we can complain about the size of the Legislature that’s been appointed and have an opinion about that. We can ask what it is that Mr Gordon has moved from Finance Minister to go and sort out the Municipalities, etcetera, but our sense is that specific events, whether it’s an election or a new Government or a new Legislation, doesn’t have such a big influence on the intrinsic value of businesses. When we look at the value of investments or the intrinsic value for business, you try to look through the cycle and see how that will play out, so specific events for us, is less of an issue.

ALEC HOGG: Is that because all things will revert to the ‘mean’ eventually, even bad politics?

JAN VAN NIEKERK: Even bad politics. Inside of democracy is the way to solve some of the problems. When people are unhappy, with certain things, you can voice your opinion and you get it right. It might not happen as soon as all of us want it to happen and there might be different ways to do that. I mean at the Berkshire Hathaway AGM the other day, Mr Buffett was taken on for not being very vocal on the Coca-Cola paying centre. He said, ‘look, it doesn’t help if I shout in public. Perhaps I’ll get more done by doing it in private’, so there are many different ways to influence these things. Yes, as a value investor, we think that things will be reverted and we’ll get back. The other point is also that for any of us to really predict how this will influence the economy, we are as likely to be wrong, as we are to be right. Then to go and base investment decisions on your predictions of what a new Minister and a new portfolio is going to do, the chances of making money from that, you might as well flip a coin.

ALEC HOGG: But if the Government has a stated intention as this one does, of grabbing more of the economic activity/more intervention, surely that means that, the private sector and the companies will have less of a cake to fight over.

JAN VAN NIEKERK: Absolutely which means that, in that, there are opportunities for smart business in there. It’s not a change in policy, so when you think what’s the value of a specific business, whether it’s a bank, a subscription TV show, or whether it is a corner café, you need to think and take that into account when you determine how much do you think that that business is worth. Then you don’t think about the next two or three years, you have to say ‘well, what’s the impact and the fundamentals of the business?’ However, I agree with you and it is a public stated and you can see the actions that Government has taken has being consistent with that statement, so there’s no contradiction there.

GUGULETHU MFUPHI:  Well, having ignored the noise then, are there any areas where you’re finding value?

JAN VAN NIEKERK: Well it’s interesting. Infrastructure spending is one of the areas where Government… If you look at what needs to be done and what needs to happen, and has been spoken about a lot now… Some companies are pricing like there will be no infrastructure spending in the future ever again. Whether it happens next year or three years or five years down the line, you don’t know, but it’s bound to happen. Part of that is Railways and you can see that they have already procured some of the locomotives but, at some stage, we need to upgrade the rest of that. Now if you look at like something like ArcelorMittal at the moment, prices like there’s never going to be steel demand in South Africa again. The best way to probably go about that is to say, ‘where is a company, where the share price is completely bombed down’, so if this doesn’t happen, you’re not going to lose money but if the spending comes through a bit sooner than the market is thinking of, there’s a positive impact etcetera. There is a tangible example of something where it probably doesn’t build in the high expectations for the share.

ALEC HOGG: With the new CEO of ArcelorMittal, it’s also interesting that you mentioned that because quite often when you have a change in management, it doesn’t necessarily mean one is better than the other but it does unleash energy.

JAN VAN NIEKERK: Yes, change does certainly bring an opportunity to really look at things that previously you probably couldn’t have or perhaps the new CEO feels stronger about some of these things. Something as big as ArcelorMittal… The macro environment is a much bigger driver to the fortunes than, unfortunately, any individual. However, we sit and we think there’s a good change happening and, as I say, the share price is not expecting any good news.

ALEC HOGG: Are you guys still excited about the minerals sector, the mining sector?

JAN VAN NIEKERK:  Not from a thematic point of view but valuation wise, it is still cheap. I mean its public, we mostly own the platinum mines, not gold mines, and we have some of the general mines but the prices just anticipate bad news for a very long time. It’s not as if we are incredibly positive on the minerals, it is just the price doesn’t expect a lot and that’s the kind of places where we find attraction.

ALEC HOGG: But there might indeed be bad news for a lot longer, on the platinum side, unfortunately. Again today, we heard that the latest attempted talks have broken down.

JAN VAN NIEKERK: Yes, and that is why, in that case, you have to go for the companies where the balance sheets are strong enough that can sustain this throughout the process. This is democracy in working. We’ve chosen this system for South Africa. It is unfortunate that many people, in their personal capacities and their families are hurt, and it is really tough out there, but that is part of how democracy is going to sort it out.

ALEC HOGG: Jan van Niekerk is the Chief Executive of RECM, Regarding Capital Management. Is that gone now or are you still just…?

ALEC HOGG: Anyway, he’s from RECM and that’s all from us here, in South Africa. In fact, I’m going over the road to the Balalaika to Jan’s annual conference, and they are doing it just over there, so while you’re on air late this afternoon, I’ll be listening.

ALEC HOGG: Well, some of us have to work and others can listen.

GUGULETHU MFUPHI:  Exactly. Thanks so much Jan. Well that’s where we leave it for today but, after the break, our Southern Africa viewers cross to international programming whilst the rest of Sub-Saharan Africa can catch Power Lunch West Africa.

ALEC HOGG: And Gugu is going to go back to headquarters to do a little more research into getting herself ready for later this afternoon. Well, thanks for being with us and from me as well, cheerio for now.