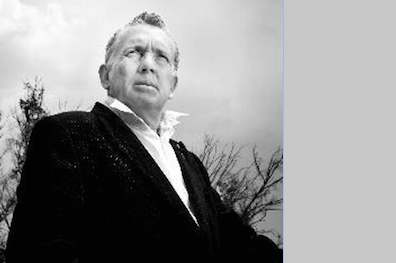 Suing a company like Investec is always going to be an uphill battle. Investec has deep pockets, all the time in the world, and no conscience to answer to, so the potential for delays, nitpicking, and endless argument is enormous. Randgold shareholders, who are suing Investec over claims that it helped the now deceased Brett Kebble to effectively steal money from Randgold, are coming face-to-face with the reality of suing a company like Investec right now. Although the Kebble empire imploded back in 2005 (and Kebble himself was murdered in late 2005), the case has yet to be heard; Investec is currently playing out some technical objections and challenging shareholders’ right to sue. It could be a very long time (and a lot of money) before the case is heard, and longer still before justice is meted out. – FD

ALEC HOGG: Randgold shareholders are suing Investec and according to financial journalists and investigative journalists Barry Sergeant, in a nutshell Investec is arguing that these shareholders have got no rights. He joins us on the line for more. Barry, you’ve gone farming so you’re talking to us from quite a long way away from Johannesburg.

BARRY SERGEANT: Yes, Alec. Indeed, I’m beyond a little village called Rosendal in the mountains – the Witteberge Bitter Berge, which are the foothills of the Maluti’s and the Sotho, so I’m happy to report that my head is very clear because the temperature is very pure.

ALEC HOGG: It doesn’t seem to be too clear on this court case. You’ve done a fabulous job in unpacking it and maybe you can do the same for us in about eight or nine minutes. The case number is 19269/2011 and it has to do with Randgold shareholders who want nearly R1.5bn from Investec.

ALEC HOGG: In a nutshell, what’s going on here?

BARRY SERGEANT: Alec, in the aftermath of the collapse of the Kebble Empire, which was round about September 2005, a number of very detailed forensic investigations were conducted by, among others, Randgold of course, as well as JCI. What’s been in the public domain for years is that Brett Kebble and his sidekick stole shares from Randgold and sold the shares for cash. We know, from the forensic report – there are a lot of details – the figure adds up to R1.9bn in cash, so it’s a lot of money and in today’s money it’s much, much more. The point of the court case is that the Randgold minority through Investec allege that Investec assisted the thief (JCI), which was Kebble’s mother ship instead of assisting the victim (Randgold). The result of that is that Randgold has only ever really sued one party (PWP), who played a minor role in the saga. That’s more or less, what’s going on. What’s happening in practice is that Investec, regarding the minorities case, has attacked the minorities on a number of very technical points.

ALEC HOGG: Barry, Investec says that they didn’t assist Brett Kebble. They say they’ve acted honourably. They say they didn’t know what Kebble was doing. Clearly, everybody now knows that Kebble was a thief and that he was stealing shares from a company that he didn’t even control, and he used that money as you’ve explained. If Investec is making these claims, the problem certainly, that you’re explaining to us is that that’s not even going to court. They’re kind of dragging it out through using a different approach.

BARRY SERGEANT: Alec, that’s exactly the point. Instead of Investec saying ‘okay, you guys’ – and they have said that the minorities case is without merit of any kind… Instead of saying to them ‘okay, let’s go to court and sort this out. Let’s have our day in court’… Instead of doing that, they’ve attacked the locus standi and this is something that Investec has done in the past in a number of cases. Basically, they’re saying that the Randgold note to shareholders has no standing or locus standi, to actually bring the case in the first place. There are two or three steps involved in that. Can I go through them?

BARRY SERGEANT: Okay. Firstly, in South Africa as in many other countries around the world, due to the massive trade in listed shares, nominee companies handle the shares on behalf of shareholders. Therefore, if people like you and I buy shares, we are the beneficial shareholders but in practice, our shares are registered in the name of the nominee company, which does all the admin. They handle dividends. They handle the posting of documents etcetera, so it just facilitates free enterprise as a whole. Investec is saying that because the nominee shareholders are the registered shareholders, that the beneficial shareholders have no rights. That’s point number one.

ALEC HOGG: Barry, we don’t really have time to go into all the details, but the effect of all of this is that they are stretching out the court case and if the Randgold shareholders don’t have the money to match the coffers that Investec have then presumably, at some point in time they’re going to have to give up.

BARRY SERGEANT: Alec, very much so. At this point, the aggregated costs on both sides are more than R10m and they haven’t even gotten to hearing the main case yet. Without being cynical, I would certainly argue that this case is a law of attrition. The evidence is that Investec is doing whatever is available to frustrate the case and prevent the actual case from getting to court in the first place. Yes, this is very much a tactical game and the point I think, is that a minority shareholder can’t be expected to have millions and millions of Rands lying spare in order to take on a bona fide case.

ALEC HOGG: Well, it could be an epoch-making one. We thank Barry Sergeant for unpacking that for us. He is a financial journalist. Well, that’s all that we have for you here from South Africa. That’s such an interesting case. You almost think, in this day and age, a company – and I know Investec will say they have a lot at stake – but at least allow the court to argue the merits of the case. Don’t start using technical issues so that you frustrate those people who are minority shareholders, and who are trying to just get justice. Alternatively, get the court to rule in one way or the other. It could get complex, but sometimes companies have to be a little more caring than Investec appears to be doing here.

GUGULETHU MFUPHI:  Kicking the can down the road and again, no protection for minority shareholders. Hopefully, we will get more time to unpack this further next time around, but that’s where we leave things for this afternoon. Our Southern African viewers can cross to international programming, whilst the rest of sub-Saharan African can catch Power Lunch West Africa. From Alec and I, its goodbye everyone.