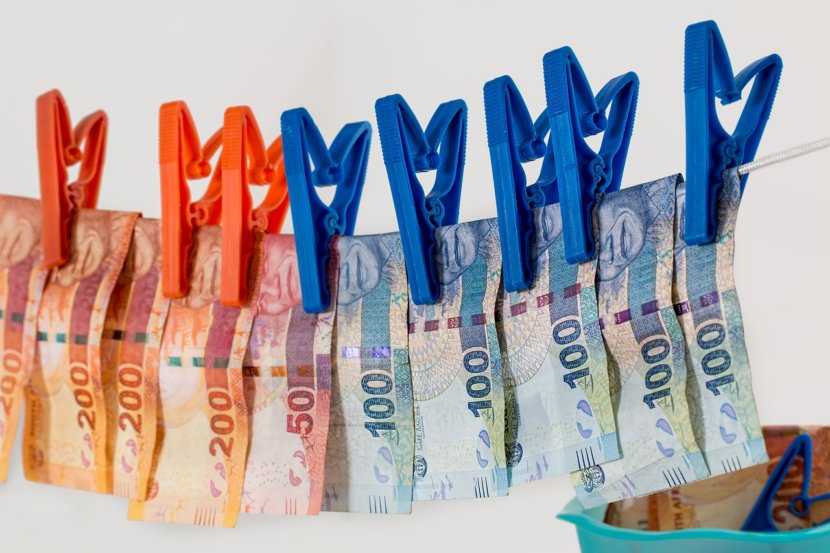 CAPE TOWN — Absorbing this analysis by Constitutional law expert Pierre de Vos, one can’t help wondering why Andile Ramaphosa doesn’t simply produce documentation showing a valid and honest agreement with Bosasa in which he rendered R2m worth of services to them. That would, in one fell swoop negate any useful corruption probe. The fact that he’s taking so long to do so, for reasons which may be valid, is not doing his image any good, feeding the perception that he’s up to his neck in it. De Vos outlines all the legal hoops that a successful prosecution would have to jump, concluding that, in the absence of Andile coming up with the goods and with the NPA getting its evidential ducks in a row, a conviction would be possible. A path which has fascinating political implications. The most pertinent question being whether the miring of Andile in a probe (charges and a verdict being impossible before May 8th), would harm the ANC’s electoral prospects and his father in particular. A must read, this one. – Chris Bateman

Andile Ramaphosa, son of President Cyril Ramaphosa, this week admitted that he received R2m from corruption-linked company Bosasa. He claimed that the payments were made in exchange for “advisory” work done by his company, Blue Crane Capital, on a series of more than 20 government and private contracts in Uganda and Kenya. He initially claimed these contracts were potentially worth “billions” of Rand, but later retracted this claim. This raises the question whether Andile Ramaphosa could face prosecution for corruption.

Probably the craftiest way to “buy” indirect influence over a politician without being caught is to channel money to a close family member of that politician (say, to a brother or sister, or a son or daughter) and to claim that the money was in exchange for some unspecified or vaguely defined “service” rendered by the family member of the targeted politician. Various children or siblings of politicians – Duduzane Zuma, Tshepiso Magashule, and Brian Shivambu among them – have been accused of taking money from corrupt businesses in such circumstances.

While it would be difficult in such cases to secure corruption convictions of either those who offered the money or of those who accepted it, it would – depending on the specific facts of each case – not be impossible to do. It would almost certainly depend on whether the state is able to gather sufficient evidence to allow the court to draw inferences about the guilt of the accused. As the Supreme Court of Appeal (SCA) noted last year in Scholtz and Others v S:

Corruption is all too often an issue which has to be determined by way of inference drawn from the proven facts. In this regard, like pieces in a jig-saw puzzle, a number of events need to be taken into account to determine the full factual matrix from which inferences may permissibly be drawn.

The Prevention and Combatting of Corrupt Activities Act of 2004 is the comprehensive piece of legislation dealing with corruption which sets out the requirements for proving a case of corruption. The Act contains sweeping provisions that – on paper, at least – should make it easier to prosecute pricvate individuals and state officials for either paying or receiving money for a corrupt purpose.

There are rather striking similarities between the Andile Ramaphosa/Bosasa scandal, and the Brian Shivambu/VBS scandal: Money paid by seemingly corrupt business to close family member of powerful politician, allegedly in return for "services" rendered.

Regarding the R2m paid by Bosasa to Andile Ramaphosa, it would be sufficient for the state to show that this was done with the aim of getting Andile Ramaphosa to try and influence his father to do or not to do something unlawful in his capacity as ANC or South African Deputy President or President.

But this is not the end of the matter.

Whether the state would be able to secure a conviction for corruption against Bosasa or against Andile Ramaphosa would largely hinge on whether the state is able to prove that Bosasa (or some of its officials) and Ramaphosa had a corrupt intention in offering and receiving the R2m.

In corruption cases it could be difficult to prove that money was paid or accepted with a corrupt intention. It is for this reason that South African courts – relying on various provisions of the Prevention and Combatting of Corrupt Activities Act – have made it easier for the state to prove that either the corruptor or the corruptee had the requisite criminal intension.

The recipient must have the required intention at the moment he receives the gratification… [I]ntention always includes a certain knowledge, namely knowledge of the nature of the act, the presence of the definitional elements and the unlawfulness. A person has knowledge of a fact not only if she is convinced of its existence, but also if she foresees the possibility of the existence of the fact but is reckless towards it; in other words she does not allow herself to be deterred by the possibility of the existence of such fact. She then has intention in the form of dolus eventualis.

This means that if Bosasa had the intention to pay a bribe to Andile Ramaphosa, the latter would have criminal intention if he either knew of Bosasa’s criminal intention, or if he foresaw the possibility that Bosasa was offering him the money to buy influence over him with the hope that he would be able to influence his father.

The SCA in the Selebi case further pointed out that the legislature has made it easier for the state to prove the presence of intention with the inclusion of section 24 in the Prevention and Combatting of Corrupt Activities Act. This section provides:

that once the prosecution has proved that gratification (payment) was accepted or agreed and the State can show that despite having taken reasonable steps, it was not able with reasonable certainty to link the acceptance of the gratification to a lawful authority or excuse on the part of the person charged, and in the absence of evidence to the contrary which raises reasonable doubt, it is sufficient evidence that the person charged accepted such gratification of that person ‘in order to act’ in a manner envisaged.

Once the state proves payment was accepted, there is therefore a rebuttable presumption that the person receiving the money had a corrupt intention. Where a seemingly corrupt business like Bosasa pays a close relative of an influential politician a large sum of money, the pivotal question will therefore become whether it was possible “with reasonable certainty” to show there was lawful authority or excuse for Bosasa to pay the money to Andile Ramaphosa.

In the case of Andile Ramaphosa, the question will be whether there was indeed a contract between him or his company and Bosasa to provide “advisory” services, if there was such a contract, whether this contract was genuine or whether it was a fake contract drawn up to hide the existence of the bribe. If Andile Ramaphosa was therefore eager to clear the air, he would (a) produce the original contract between him and Bosasa; and (b) he would produce evidence that he in fact provided the services that he was allegedly paid for.

As the SCA made clear in Scholtz and Others v S the state would not have to show that there was an agreement between a corruptor and corruptee on precisely what the corruptee was required to do in exchange for the money given to him. In the case under discussion it would be sufficient for the state to show that the Ramaphosa junior realised that “the generosity and payments he had received had created a dynamic whereby he” would be indebted to Bosasa and would have to remain willing to do favours for Bosasa in the future.

#StateCaptureInquiry Testimony at the @StateCaptureCom this week has brought renewed scrutiny on Andile Ramaphosa's business dealings with Bosasa. According to a corporate records database, he has 34 current and former directorships in South Africa. pic.twitter.com/OOh0nHSD8f

Finally, would somebody like Andile Ramaphosa be able to offer the defence that he did not in fact attempted to influence his father to do anything unlawful to benefit Bosasa? In a concurring decision in the Selebi matter two judges of the SCA, held that the Act does not require a quid pro quo from the corruptee. The judges argued that section 25 of the Act supports this wide interpretation as it provides that it would not be a valid defence for that accused person to contend that he or she “failed to perform or not to perform the act in relation to which the gratification was given, accepted or offered”.

Ramaphosa would therefore not be able to avoid culpability merely by claiming that he never, in fact, attempted to influence his father on behalf of Bosasa. The question is therefore not whether Ramaphosa in fact used his influence as the son of the Deputy President and later President to get others to do unlawful things, but whether a bribe was paid to him, while he knew that it would be expected of him to do something in return.

In conclusion, if you are a close family member of an influential politician and you receive suspiciously large amounts of money from a dodgy entity without being expected to render services of an equivalent value in return, you might well potentially be in serious legal trouble. Whether Andile Ramaphosa might be in such trouble depends on whether he had a valid and honest agreement with Bosasa and whether he in fact rendered services to the value of R2m for Bosasa.