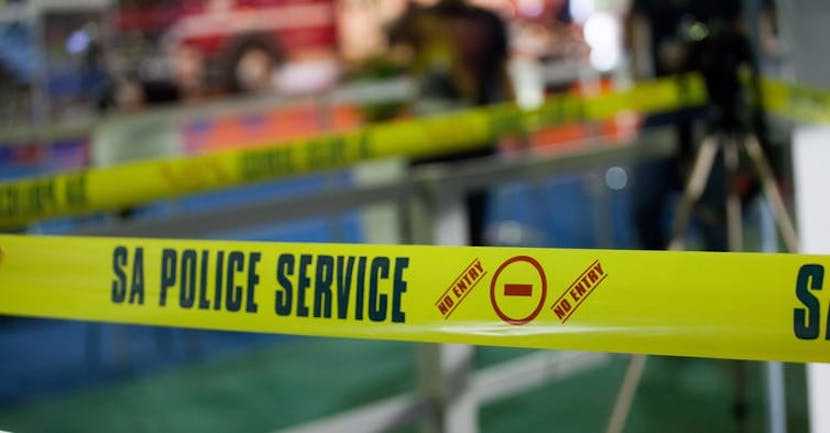 One of my scariest moments as a crime reporter in the 1990s was being shot at by a gangster in the Cape Flats. I was driving alone in a gang-infested suburb when a young boy, who couldn’t have been 13 years old, suddenly stepped out of a group and pointed a gun at me as I drew to a stop at an intersection. As he readied to pull the trigger I put my head down below the dashboard and drove, like a blind person, at speed across the intersection, thinking I had a better chance of surviving a car crash than the young boy’s bullet. Miraculously, I got through the traffic unscathed. That was just one of many close brushes I had with gangsters. Not all were violent towards me; I was invited for tea on several occasions with a hardened gangland boss, who would update me on the nuances of the turf wars between various groups. I was in his contact book and he was kind enough to call me periodically to give me the heads-up on murders that I’d missed, or read incorrectly, in my daily crime wrap. Nothing has changed since then, it seems, with gangsters ruling the roost and terrorising residents just as they always have in the Western Cape. New premier Alan Winde explains why he has called in soldiers to bring some calm to the province. – Jackie Cameron

Western Cape Premier Alan Winde has defended a decision to enlist the military to police gang-infested areas. With 2,500 people murdered in the Western Cape this year, and most of them in nine of 10 gang-related hotspots, it was a necessary move, he told BizNews Radio.

Warring gangs fighting over the drugs trade is out of control and the police service in the province is in a mess, he said.

With only 4,500 police officers in the province, and with control over policing largely in Pretoria and not the provincial government, and infighting within the South African Police Service getting in the way of service delivery, the Western Cape premier seems to have had no choice but to bring in soldiers.

“We need more control at a provincial level…we don’t even have a system where police would formally engage or report to us,” he said.

The murder rate in the Western Cape is as high as it was in 1996, and double what it is in the rest of the country.

Crime has a big effect on economic decisions, said Winde. Congestion is also an issue, he said, pointing out that these are anchored in national decision-making spaces.

“We’ve got the military but we also have an anti-gang unit.”

Top management of the provincial structure are at each other’s throats.

Winde expects the strong military presence to be a temporary solution to the long-term, complex problem of gang-related violence in the province. The initial commitment is for three months.

There is “definitely a greater commitment post the election from the President, from the Minister of Police, saying we’ve got to look at how we make the province safer.”

Gangs have been part of the Western Cape for a very long time and is very complex, linked to poverty and the country’s past history, he said.