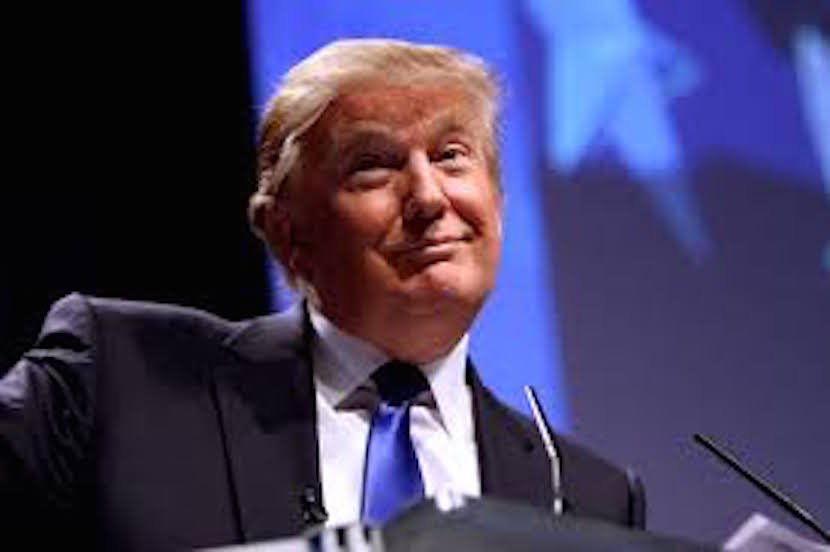 Over the holidays we watched the superb movie Foxcatcher. It tells the story of two brothers, Olympic champion wrestlers, who are lured by lucre into the clutches of the dreadfully dysfunctional billionaire John DuPont, heir to the 200 year old chemicals group. Foxcatcher is a reminder of the delusion of the super rich, many of whom believe possessing vast assets makes them experts in everything. Sometimes I wish Nassim Taleb’s Fooled by Randomness be made prescribed reading for every billionaire. Or at least for US property mogul and tactless TV personality Donald Trump who truly believes he is the man to rule the most powerful nation on earth. Emily Greenhouse’s wonderfully crafted piece below exposes “The Donald” for what he has become – as a rambling, self-absorbed narcissist. The intelligent world knew that anyway. But do American voters? – Alec Hogg 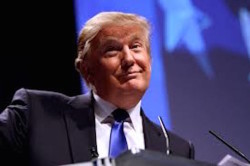 “So ladies and gentlemen, I am officially running for president of the United States,” Trump told a crowd gathered at Trump Tower, one of his trophy properties. He promised “to bring back our jobs, to bring back our manufacturing,” and to be “a great cheerleader.”

Trump said he has assets of $9.2 billion and a net worth of more than $8.7 billion (somewhat less than an estimate he earlier gave Bloomberg), and that he will file the personal financial disclosures required of presidential candidates “on time” with no requests for extensions, which means one month from Tuesday.

Despite his personal success, Trump’s view of America is the opposite of Ronald Reagan optimism.

“Our country is in serious trouble. We don’t have victories any more,” Trump said. “When did we beat Japan at anything?” he asked, citing auto sales but apparently forgetting World War II. At another point, he added: “We’re dying. We need money.”

In a rambling speech that deviated wildly from the prepared remarks distributed to reporters, he catalogued what he described as humiliations of the United States by foreign countries, running the gamut from terrorism to immigration. Some of his comments suggested he’d keep the State Department busy: He repeatedly focused on China—”They’re killing us”—and said Mexico is sending “rapists” across the border. Offering investment advice, he called the stock market “bloated,” and added: “Be careful of the bubble.”

It was the kind of incendiary rhetoric that has given the real estate mogul-turned-reality TV star the celebrity that will almost certainly win him a coveted slot on the first televised debate of the presidential race in August. The sponsoring network, Fox News, has announced that it will determine the 10 participants by poll position. In the latest Bloomberg Politics/Des Moines Register Iowa Poll, from the end of May, Trump was the first choice of 4 percent of likely Republican caucus-goers, tying him in ninth place with New Jersey Governor Chris Christie.’The opposite of politically correct’

“My father is the opposite of politically correct,” his daughter, Ivanka Trump, said in introducing him. “He says what he thinks and he means what he says.”

Before Trump had left the stage, the Democratic Party had pounced with a tongue-in-cheek statement.

“Today, Donald Trump became the second major Republican candidate to announce for president in two days,” DNC press secretary Holly Shulman said, referring to former Florida Governor Jeb Bush’s announcement Monday. “He adds some much- needed seriousness that had previously been lacking from the GOP field, and we look forward hearing more about his ideas for the nation.”

In a year when many candidates are running on populist themes, Trump took an opposite tack, at least in terms of optics. He made his announcement in the lower floor of the building where he lives and works, next door to Tiffany’s and overlooking Central Park. The lobby features a restaurant and ice cream parlor bearing his name. As Trump stepped on an escalator, to head to the stage he was accompanied by a statuesque woman in a white gown. “I’m really rich,” he said at one point, adding: “I’m proud of my net worth.”Better air conditioning

Trump bragged about the lavish staging of his event, insisting that he had better air conditioning than other candidates did at their announcements and suggesting that was a measure of their competence. “How can they beat ISIS?” he said. He also promoted his real estate holdings. “I have the best [golf] courses in the world,” he said, adding that President Barack Obama would be welcome to play on them if he would leave the White House early.

Though Trump spoke from the stage about the size of the crowd, it appeared to have been padded. Some random shoppers were invited to join the throng and given T-shirts or VIP passes.

The host of NBC’s The Apprentice,Trump has flirted with presidential runs from the 1998 to 2012 elections, but each time has decided against it. This becomes his first campaign for public office.

He is chairman and president of the Trump Organization. The son of a real-estate developer, Trump took control of his father’s firm in the 1970s and has refashioned and expanded the company with skyscrapers, golf resorts, and other properties in New York, Miami, Chicago, and Honolulu.

Trump has worked assiduously to formulate and catapult his personal brand, putting his name on products from pageants to restaurants to books to vodka to steaks to menswear. In 2004, he filed a trademark application for the phrase “You’re fired,” the line with which he flashily closed each episode of his TV show.Bipartisan donor

Trump, who turned 69 on Sunday, has supported candidates of both major parties through campaign contributions, including Republicans John McCain, George W. Bush, Rudy Giuliani, and Newt Gingrich and Democrats John Kerry, Chuck Schumer, Ted Kennedy, Joe Biden, Harry Reid, and Kirsten Gillibrand, according to the nonpartisan Center for Responsive Politics. He has given between $100,000 and $250,000 to the family foundation of 2016 Democratic presidential front-runner Hillary Clinton, according to the foundation’s website.

Trump has earned a reputation as one of President Barack Obama’s most outspoken critics by questioning his place of birth and eligibility to hold the office. While considering a campaign in 2011—at one point even enjoying a favorability rating rivaling that of eventual nominee Mitt Romney, according to a Wall Street Journal/NBC poll—Trump said he had sent investigators to Obama’s birth state of Hawaii to investigate the president’s citizenship.

When Obama released his long-form birth certificate in April 2011, Trump took credit for pushing the matter. “I’m really honored, frankly, to have played such a big role in hopefully, hopefully, getting rid of this issue,” he said. The next month, he said he would not run.

In the latest Bloomberg Politics/Des Moines Register Iowa Poll, from the end of May, Trump was the first choice of 4 percent of likely Republican caucus-goers, tying him in ninth place with New Jersey Governor Chris Christie. A Bloomberg Politics national poll conducted in April painted Trump as a severe long shot, with 62 percent of self-described Republicans and independents saying they would never consider voting for Trump.Deal-maker

Trump has indicated his business record would be the basis for a 2016 campaign. “Americans deserve better than what they get from their politicians—who are all talk and no action!” he said in a statement announcing the formation of an exploratory committee in March. “I have built a great company, created thousands of jobs and built a tremendous net worth with some of the finest and most prestigious assets in the world—and very little debt!”

On his company’s website, Trump is described in a nearly 4,500-word biography as “the archetypal businessman–a deal maker without peer.”

Trump was set to fly to Iowa after his announcement in New York. An invitation to the evening event at Hoyt Sherman Place in Des Moines described a “MAKE AMERIA (sic) GREAT RALLY,” according to the Des Moines Register. The following day, Trump is expected to travel to New Hampshire for an event at Manchester Community College. He made frequent trips this spring to Iowa and New Hampshire, where the nation’s first nominating contests will be held early next year.

“Everybody feels I’m doing this just to have fun or because it’s good for the brand,” Trump said in an interview in February with the Washington Post. “Well, it’s not fun. I’m not doing this for enjoyment. I’m doing this because the country is in serious trouble.”

Trump attended the New York Military Academy, Fordham University, and the Wharton School at the University of Pennsylvania, according to the New York Times. He has married three times, to the former fashion model and skier Ivana Winklmayr, the actress Marla Maples, and the model Melania Knauss. He has five children, including three who are executives at the Trump Organization, according to the company’s website.