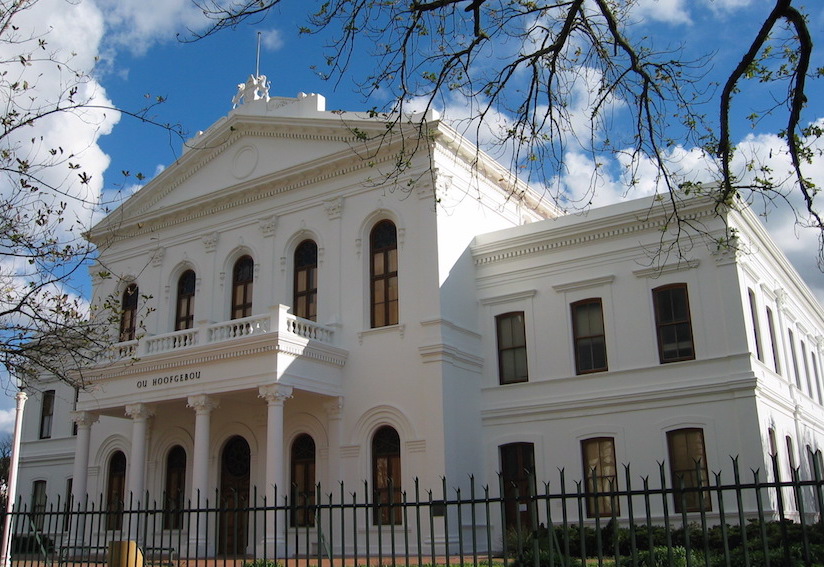 Afrikaans is under sustained attack. Its antagonists, led by a group calling itself Open Stellenbosch, believe their actions are justifiable. Behind the rhetoric is the retribution for the Apartheid Government’s idiotic 1976 attempt to push the language deeper into Sowetan schools. That the riots it sparked happened almost 40 years ago, seems to matter little to the revenge seekers. Because on any rational assessment, that is the only motive which would have driven the concerted attempt to eject the language from the tribe’s spiritual heart at Stellenbosch University. Afrikaners are critically important contributors to the health of the South African economy, providing the biggest slug of private income tax and playing an enormous role in keeping the country’s wheels turning. Although many Afrikaners have emigrated, by far the majority have committed themselves to a long term future in the land of their forefathers. Needlessly attacking their language and the institutions they created and hold dear, is irrational. Historian and academic Hermann Giliomee applied his mind to the attack on Afrikaans – and the spirited defence. This piece is republished with kind permission of Giliomee and Politicsweb. – Alec Hogg

“Enjoy the war, the peace will be much worse”. These words were spoken by a member of the Council of Stellenbosch University (SU) during a seven hours debate yesterday on a future language policy.

A very ugly peace would have broken out had the university’s top management succeeded in getting their proposal accepted to make English the primary medium of instruction and communication and the compulsory medium of discussion at all university committees and assemblies. Afrikaans would have been driven out from the class and committee rooms, leading to a vicious backlash.

A year ago Council endorsed a policy in terms of which Afrikaans and English would enjoy equal status as a medium of instruction and communication. On 12 November the management suddenly drew a line through that language policy to come up with one that one that installed English – which it called “the common language of the country” – in a paramount position and even insisted that it could be implemented from early next year.

Since the Council, according to the Statute, has the final say on the language matters the administration seemed to show it a middle finger. To make matters worse the Senate, made up of university professors, backed the executive, although it must have known that its vote was out of order.

The Council, to its credit, refused to be intimidated. One-fifth of Council members were elected by the Convocation of alumni and the donors and they run the risk of being thrown out at the next election if they appear weak on maintaining Afrikaans on the campus. In recent times some illustrious public figures have suffered painful defeats in Convocation elections.

In the Council meeting the threat of the executive being repudiated hung in the air but in the end sanity prevailed. It decided not to censure the Executive and to revert to the 50-50 policy for Afrikaans and English.

What was completely unanticipated in 1994, when South Africa made its transition to an inclusive democracy, was that at the campuses of the Historically Afrikaans Universities Afrikaans-speaking academics and top executives would take the initiative in steadily reducing the Afrikaans offer. Narrowly pursuing their own individual or corporate interests, this group did not feel accountable to students, parents, clients or the Afrikaans community.

Referring to their actions, Gerrit Komrij, a Dutch literary critic, in 2003 described Afrikaans aslewenddood (alive-dead). He pointed out that an elite was busily amputating limbs from Afrikaans despite the fact that the body was healthy, and indeed alive and kicking. He concluded that as far as the future of Afrikaans was concerned, the greatest threat to Afrikaans was Afrikaans-speakers themselves. Over the next twelve years Afrikaans-speakers had a leading hand in smothering Afrikaans on campuses where they were in a position of power.

The mistake the present SU executive made was to try to get rid of Afrikaans as university language as soon as possible. One could also call it a blitzkrieg. What would have happened had the executive got its way? A pointer is a poll conducted in 2008 by Lawrence Schlemmer.

Commissioned by the SU Council, he conducted a comprehensive attitude survey of the language preferences of Stellenbosch students. It found that only 15 per cent of Afrikaans would accept a policy that would make English the only medium of instruction and more than two-thirds would be very dissatisfied. More than 40 per cent of English speakers would regret it.

At the other end of the spectrum stands Open Stellenbosch, a small, predominantly black pressure group that was instrumental in forcing US management’s hand. One spokesmen responded to Monday’s decision to revert to the 50-50 policy by calling the Council “incompetent” and “ignorant about transformation.” Another spokesman said that Council missed the chance to start the process of transformation but had chosen to preserve the status quo.

It is a mystery how the US Executive could have allowed itself to be backed into in a position where it was seen to have capitulated to this small group. Piet le Roux, one of the younger Council members did not hide his delight about Council’s decision. “This is victory for Afrikaans …it would have been unthinkable that a few months after the Council adopted the plan to give Afrikaans and English equal status to relegate Afrikaans to an inferior position.”

In Monday’s meeting Council also withdrew its complaint against Le Roux who had tweeted “Blade Nzimande and transformania will not triumph. Support the new Afrikaans Alumni Association.”

In a certain sense we have a return of history. During the 1920s and 1930s when the two white communities referred to themselves as two different “races”, some English newspapers and politicians criticized the growing demands of Afrikaners for single-medium institutions as a form of ‘racism’.

The Afrikaans language was of lesser importance than the task of welding the two races into a nation. At some point in the 1920s the writer C.J. Langenhoven replied by asking an English politician the simple question: ‘Why is my politics always racism and your racism always politics?’

He satirized the approach of the nation-builders as follows: ‘Friends, let us make peace and keep the peace. Let the lion and the lamb graze together, the lamb on the pasture and the lion on the lamb … The lamb will soon be part of the lion. The lamb will get the honour and the lion the pleasure.”

In recent times a similar dynamic had developed with bodies like Open Stellenbosch demanding the pleasure of devouring the Afrikaans lamb at Stellenbosch. For the moment the US Council has managed to ward off the threat.