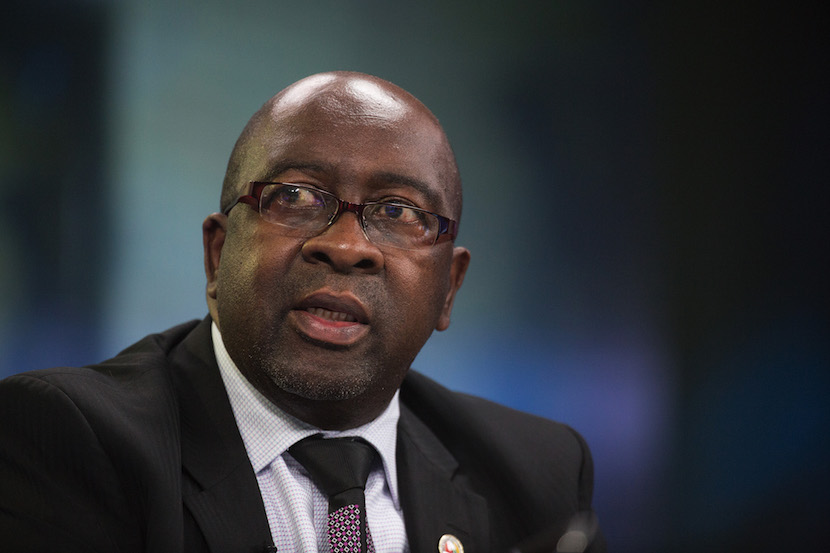 Events of the past 12 hours bring Canadian author Malcolm Gladwell’s classic book The Tipping Point to mind. Gladwell describes it as a critical juncture after which everything changes direction, “the moment of critical mass, the threshold, the boiling point.” In August 1985, the last proponent of Grand Apartheid, President PW Botha, pushed his country over the edge of a tipping point in his Rubicon Speech. What followed was a backlash of epic proportions resulting in a massive cash outflow from South Africa and the rapid crumbling of a once seemingly impregnable regime. There are powerful parallels with the actions last night of Botha’s successor. Jacob Zuma. His firing of respected Finance Minister Nhlanhla Nene sends a clear message to members of Zuma’s political party, his fellow citizens and the world in general: it is Zuma alone who makes the rules and if he wants to plunder the public purse, get used to it. As with Botha, with last night’s action Zuma is no longer even pretending to run a democratic movement in a democratic country. You’re either with him – and all the future risk that entails – or you’re out. But this time he has miscalculated. Badly. When you run a country accounting for less than 1% of global GDP (down from 0.88% in Botha’s day to 0.65% now) stepping too far out of line invites retribution. Referencing Gladwell again, when it comes to a global view of South Africa, London-based analyst Peter Attard Montalto is what the author describes as a maven – “a trusted expert in a particular field who seeks to pass knowledge on to others.” London-based Montalto, who works for Japanese financial giant Nomura, has made SA his area of speciality and as a result is the go-to man for the international investment community. So his reading of the Nene firing, blasted out in a report last night, is as close as you’ll get to the way the rest of the world will interpret Zuma’s latest folly. And, quite clearly, it is a miscalculation by the man of his own power base which is likely to turn into his own Rubicon. Unfortunately, as with Botha’s, it’s a foolish decision that will hurt the entire country. – Alec Hogg

Montalto says the “sound, decent, hardworking and well respected” Nene was removed because of his resistance to Zuma’s proposed $100bn nuclear deal and attempt to stop the plundering of South African Airways by politically connected cadres.

He summarises the implications for investors in six points:

Montalto is watching for early exists from Treasury in the wake of this decision, with the competent Director General Lungisa Fuzile likely to be among the first. Overall the firing of Nene “reinforces our view that investors are rapidly becoming significantly and structurally more bearish on South Africa. we noticed this shift significantly in the last few days.”

But there is some hope: “A key question is what this will do to internal ANC politics if those on the conservative centre left will see this as a step too far.

“Whilst investors have no say over policy and there is the constitutional prerogative of the President to appoint whoever he wants, Sa must realise that with a net international and local borrowing requirement, the consequences have to be lived with.”