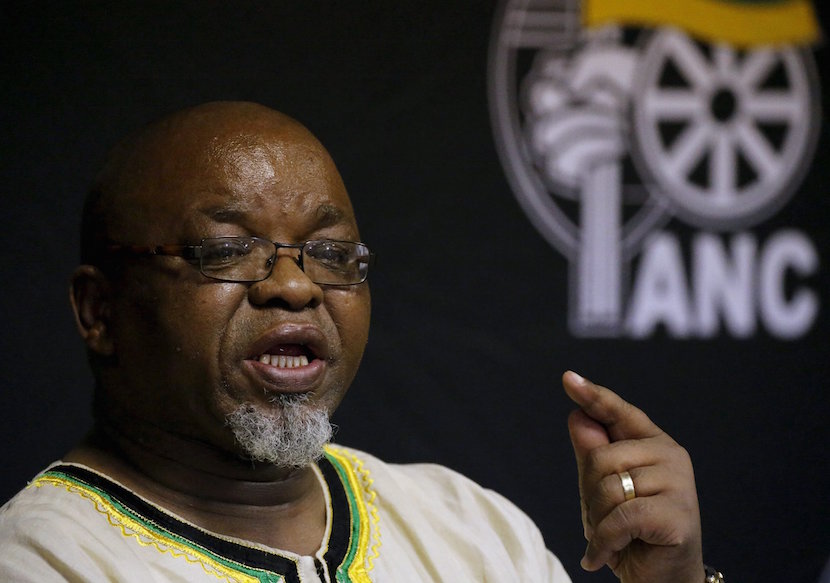 In Gwede Mantashe’s own words on state capture, making no reference to the Guptas, he said: “if the matter was not addressed soon, it could turn the country into a “mafia state”. And the expectation following the announcement that the ruling party’s National Executive Council tabled it for discussion this past weekend, one can be forgiven for feeling slightly less hopeful. The ANC secretary general said that only one of the eight people who alleged reports of ‘state capture’ made a written submission. Apparently the seven feared a submission would put them in danger. Mantashe then called a further investigation a ‘fruitless exercise’. The whole process stinks and it once again highlights a big problem in this country that leadership is bordering on non-existence. There’s obviously a problem that needs attention but this ‘cop out’ points to a deeper one than initially thought. – Stuart Lowman

Johannesburg – Out of eight people who approached ANC secretary general Gwede Mantashe’s office with alleged reports of corporate capture of the state, only one handed in a written submission.

“It was unfortunate that only one person could make a written submission on the matter. The allegations made were serious. They cannot be treated lightly and many warrant a comprehensive investigation,” Mantashe told reporters in Johannesburg on Tuesday.

If the other seven feared their submissions to the party itself would put them in danger, they could approach any relevant state institution and ask it to deal with the matter.

Mantashe said because of the low number of submissions, it would be a “fruitless exercise” for the ANC to investigate.

“When they don’t come forward to the ANC, the ANC will not force them. It doesn’t mean that we are walking away from it, but if you make allegations then you must be bold enough to take [the matter] through. The discussion of the ANC on state capture is going to continue for a long time.”

If people had raised the matter in order to benefit the ANC, they would not mind becoming casualties, he said. Those who feared for their safety were only doing it for their own interests, he argued.

Mantashe was briefing the media following the party’s national executive committee meeting at the weekend. The NEC had discussed matters including the party’s call in March for members to provide information about the alleged influence of business on state affairs.

At the time, Mantashe said the party wanted to deal with the big picture of politicians being influenced by powerful businesses, instead of narrowing it down to just a few individuals.

His call came after Deputy Finance Minister Mcebisi Jonas said members of the Gupta family had offered him the job of finance minister before Nhlanhla Nene was sacked in December 2015.

The Guptas denied this, saying their family was being used for “political point scoring between rival factions within the ANC”.

Mantashe said at the time that if the matter was not addressed soon, it could turn the country into a “mafia state”. – News24