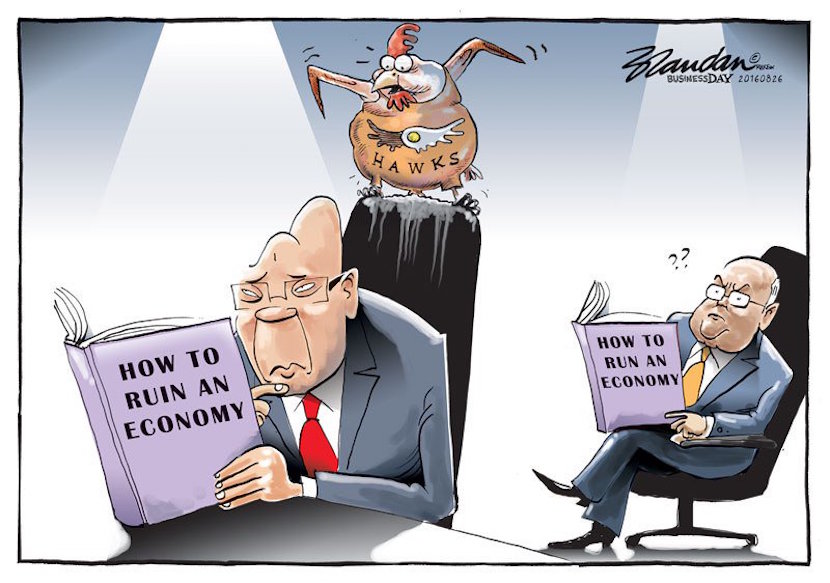 Rand weakness on the news this week that Pravin Gordhan was in the crosshairs of a Hawks investigation signalled that losing him as South Africa’s Minister of Finance will not be music to the ears of business leaders and investors. But President Jacob Zuma could well move to replace Gordhan, regardless of public sentiment. The next question is: who will replace Gordhan in steering South Africa’s economic policy and financial regulation? Peter Attard Montalto, a respected South Africa analyst based in London who advises global investors on the country’s investment credentials, has a shortlist of four individuals. Montalto has a record of assessing the South African situation accurately. When the rand strengthened on the prospect of a #Zumxit following local election results, for example, the Nomura analyst said he believed forecasts that Jacob Zuma would soon leave office were a bit premature. Possibly waiting in the wings to replace Gordhan, Attard Montalto says, are: Eskom CEO Brian Molefe; MP Des van Rooyen, who was finance minister briefly between Nhlanhla Nene and Gordhan; businessman Sfiso Buthelezi; and former Tshwane mayor Kgosientso Ramokgopa. (Assessments of how these people might be received, below). However, first prize would be for Gordhan to remain in position as Minister of Finance, as his removal in peculiar circumstances would send a signal to the markets to expect future political shocks. – Jackie Cameron

Whoever replaces him and no matter how talented, that person would be tainted with the brush of political interference and being a lackey of those determined to get their hands on Treasury and the proverbial cookie jar, political economist Daniel Silke told Fin24.

“It’s a perception that even the most sophisticated amount of political spin and PR won’t change,” he said.

Emerging markets economist Peter Attard Montalto said the problem in his view is that any replacement would be appointed with the express view to facilitate tenderpreneurship and patronage.

The two key boxes that need ticking are a candidate who is fiscally conservative and anti-patronage (someone who would uphold the Public Finance Management Act).

Although he lists four candidates he believes are in contention, Montalto said he cannot say any of them tick both boxes.

The speculation of a successor for Gordhan follows a renewed onslaught from the Hawks, which could see him either arrested or forced to quit. Another possibility, according to Silke, is for those who wish to protect the status quo to hold Gordhan to ransom with pending charges, yet keep his face on the office door to prevent a larger meltdown.

Trevor Manuel on Zuma v Gordhan: "Firing Gordhan will do much more damage than Nenegate. Such action will destroy this economy."

“For Gordhan, however, this is a highly problematic scenario that is likely to make his job impossible to execute in any meaningful way.

“Either way, a ‘Gordhangate’ would leave us – and the currency – reeling.”

Montalto believes four candidates are in contention, though a new deputy could also be needed (or be reshuffled first). They are:

His name was widely touted before the early elections as a possibility to take over the position. The market would likely take it positively – at least initially – but there would be serious questions over his relationship with the Guptas and other issues around tendering and patronage at Eskom (though he was previously viewed very positively from his time running Transnet).

This candidate is still on the table, Montalto believes, and may get another economic position in a reshuffle. Van Rooyen is widely regarded as Zuma’s weekend special for his brief stint as finance minister between Nhlanhla Nene and Gordhan in December last year. He is viewed by business locally as well as markets as a ‘Gupta deployee’.

He is believed to be close to Zuma. Besides being a new MP previously touted to become new deputy dti minister or deputy finance minister, very little is known about him.

Now jobless following the local government elections, Ramokgopa is believed to have shifted from being in the anti-Zuma camp to the Zuma camp recently and is seen as a capable pair of hands technically.

Treasury is more than just the person on top

Silke said any talented (but politically compromised) successor – of the likes of Brian Molefe – would face an immediate run on the rand, a likely downgrade and resultant onerous borrowing costs on financial markets.

“No matter how populist any non-Gordhan administration might wish to be, money would simply cost more or not be available. Under such conditions, already creaking state coffers would have difficulty dolling out favourable salary increases to civil servants, resulting in political pressures already being felt.”

Montalto said the problem for Treasury is that as an institution, it is clearly more than just the person at the top. “It could find itself in an impossible situation under a new minister, say where civil servant advice is not to proceed with nuclear or not give guarantees on SAA or to block tenders that are not compliant with the PFMA (Public Finance Management Act) but they are given political instructions to proceed.

“They would have a choice between leaving, resulting in a serious loss of capacity and weakening as an intuition, or stay and attempt to use the law and media to frustrate whoever is put in power.

“We should remember, however, that changing the finance minister is not a shortcut to Zuma getting what he wants – it’s simply the start of that process.”

In May, Gordhan sounded a rallying cry that people should protect National Treasury and its staff.” We should remember that in the coming weeks,” cautioned Montalto. – Fin24

Who is the best person to replace Pravin Gordhan as South Africa’s finance minister? Share your views here.