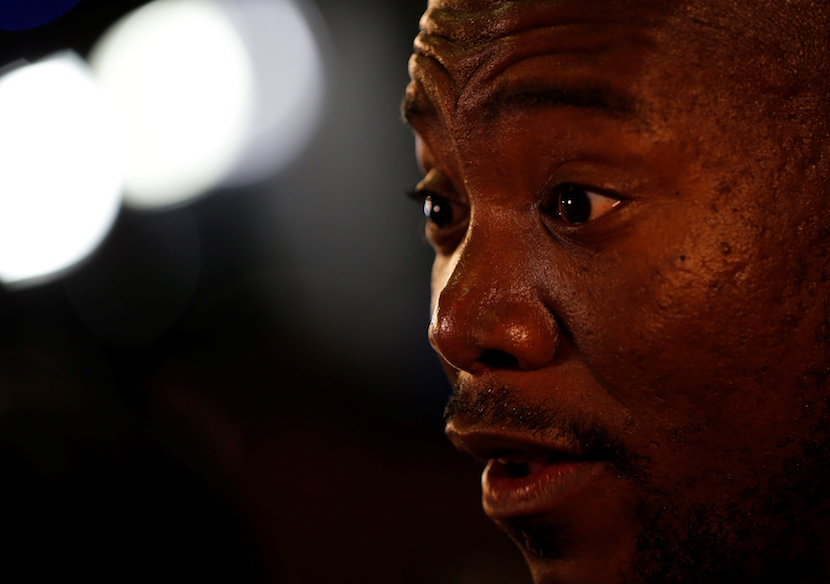 Allegations of corruption against President Jacob Zuma and his friends, the Guptas, have been taken to the South African Police Service. But the police aren’t making any progress in their investigation, it seems. This is because President Zuma has worked on a systematic plan to gain control of key state institutions, says DA leader Mmusi Maimane. In this interview with Fin24’s Matthew le Cordeur, Maimane explains why Zuma and Pravin Gordhan are caught up in a battle in which there will be only one winner – and why prosecuting those who are perceived to be feeding in the trough of state-owned enterprises will be difficult. Maimane says Zuma’s strategy is clear. First he seized control of the National Prosecuting Authority, then the state broadcaster, the SABC. Now the President is working his way steadily through state-owned entities – where there are huge sums available for suppliers. Zuma and the Guptas are believed to be dreaming big, with the ultimate goal for Zuma’s associates to be involved in a massive deal, like a nuclear power or infrastructure project. The Zuma family and the rich Indian Gupta family have close business ties. The Guptas, who have strenuously denied all allegations of wrong-doing, haven’t faced charges for corruption, says Maimane, because Zuma controls the police service – and the Guptas control Zuma. – Jackie Cameron

Cape Town – The reason the Guptas have not been charged for corruption is because the police organs are controlled by President Jacob Zuma, who has been captured by the Guptas.

These claims, which the Presidency and the Guptas have repeatedly denied, were made by Democratic Alliance leader Mmusi Maimane on Wednesday in an exclusive interview with Fin24 in his parliamentary office in Cape Town.

What the Guptas say

The Guptas have often said they have never been formally charged and believe they are victims in a political battle.

“No charge has ever been brought against us,” the Guptas said in a statement last Friday. “We repeat the challenge to our detractors – if you have evidence against us, please bring it. Otherwise, please leave us alone. We have no interest in politics, only business.”

While the Guptas are correct to say the National Prosecuting Authority (NPA) or the South African Police Service (SAPS) have not officially opened a case against them, that doesn’t mean people haven’t been pressing charges with the police.

In March, the Democratic Alliance laid criminal charges of corruption against Atul and Ajay Gupta following allegations that members of the Guptas had offered cabinet positions to at least two ANC members in exchange for executive decisions favourable and beneficial to the Guptas’ business interests.

Former ANC MP Vytjie Mentor – who claims the Guptas offered her a ministerial post – also laid charges of corruption against Zuma and the Guptas.

On Wednesday, Maimane said in a statement that he wrote to acting national police commissioner Kgomotso Phahlane, to ask him to explain why the SAPS is dragging its feet in proceeding with the criminal charges laid by the DA.

Later, he told Fin24 why he believed no charges had been initiated.

“Jacob Zuma has worked on a systematic project to capture state institutions,” he explained.

“He started with the National Prosecuting Authority, he has worked his way through the SABC and state-owned enterprises and now more critically to sustain a project such as the nuclear deal or massive infrastructure project, you need quick access to Treasury.

“Of course there can be no charges against the Guptas, because … they have not captured the state, they have only captured by Jacob Zuma,” he said.

“But if you control organs of state such as the NPA and the Hawks, of course there aren’t going to be charges against this particular family.

“Here is a family with businesses who have been highly favoured for reasons inexplicable,” he said. “More seriously, the South African taxpayer has been defrauded of millions of rands.”