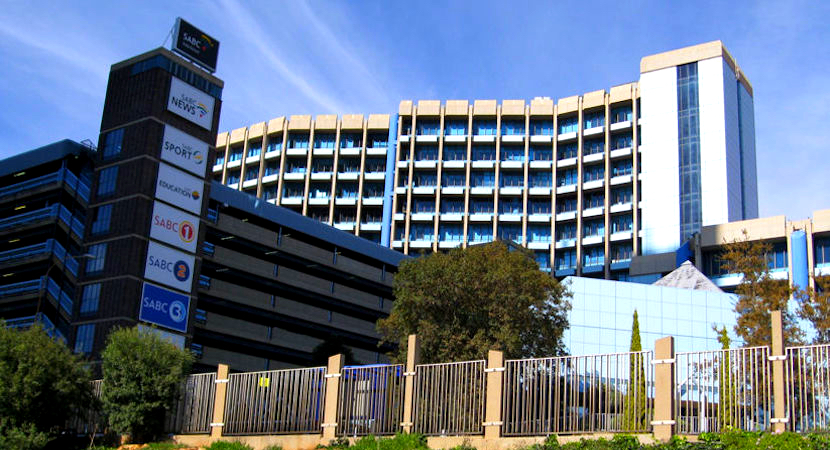 JOHANNESBURG — As the UK’s The Guardian newspaper put it recently, Ramaphoria has turned into Ramageddon. Despite a brief uptick in positive sentiment at the beginning of the year, there’s a strong sense of deja vu now setting in. It starts with the recession but also loops its way round to the SABC, which is clearly going to be used by Ramaphosa as his own personal mouthpiece if the recent appointments there are anything to go by. – Gareth van Zyl

“I’m not running a political branch at SABC. I don’t account to politicians, government agencies, government; we are not the mouthpiece of the government and we have to make that clear.” – SABC group executive for news and current affairs, Phathiswa Magopeni 24/8/2018

Twitter posts by Dumisani Hlophe, the ANC’s new appointee as Political Editor: News and Current Affairs at the SABC 1/9/2018

Even by the ANC’s non-existent standards of ethical probity and its telling concept of due diligence, this brazenly corrupt appointment took one’s breath away because it was so astonishingly cynical.

Dumisani Hlophe has no career background in news gathering and dissemination but what recommends him to Luthuli House and the Union buildings as the state broadcaster’s Political Editor: News and Current Affairs, is his repeatedly expressed antipathy towards the Democratic Alliance.

It casts new light on the sincerity of Cyril Ramaphosa when he made the following statement two years before the ANC gained control of the country and malevolently took the SABC by the throat – as the death of Suna Venter so tragically illustrated.

‘The ANC is committed to public broadcasting which is independent of the government of the day, and which owes its loyalty not to any party, but to the population as a whole. In other words, we propose a broadcast service committed to providing full and accurate information to all South Africans, and one which is protected from interference by any special interests – be they political, economic or cultural.’

Phathiswa Magopeni was recruited by the SABC earlier this year as group executive for news and current affairs.

A fortnight ago she stated that the SABC was no longer a government mouthpiece – but then Luthuli House brutally asserted its hegemony and appointed Dumisani Hlophe to head up the current political news team of Hlaudi Motsoeneng’s enforcers.

As Phumzile van Damme, the DA Shadow Minister of Communications, pointed out in a media release:

There’s an election coming up, so Luthuli House clearly felt that it needed to base its current template on lessons derived from its past successes in turning a public broadcaster – which it was in the era of Zwelakhe Sisulu, Barney Mthombothi and Allister Sparks – into a state broadcaster because it reaches a radio and television audience of more than 30 million people.

Under Cyril Ramaphosa good progress has been made towards restoring the SABC’s financial viability and, initially at least, in reducing political interference through some credible appointments.

Furthermore, the clean-up has started with the dismissal of Motsoeneng imbongi Sully Motsweni who is facing fraud charges. In addition, Parliament’s Portfolio Committee of Communications has taken a unanimous decision to refer the notorious Faith Muthambi December 2015 Broadcasting Amendment Bill back to the Communications Ministry. This bill would have allowed Muthambi the final say in who was appointed to the SABC board.

Cyril Ramaphosa came to power on an anti-corruption ticket and a commitment to pull the country back from the brink of ANC-created bankruptcy and the looming potential of an IMF bailout. Unfortunately, after 24 years of Glorious National Democratic Revolution looting of the public purse by the ANC’s  illegally-deployed cadres, there is no money to be found. That is why Treasury was unable to grant the SABC the R3 billion bailout it needs, but has allowed it to borrow R1.2 billion to compensate for its R622 million loss in the 2017/2018 financial year and because it cannot pay its legal fees.

Ramaphosa’s ultimate goal, though, is to maintain and increase ANC hegemony and for this, like the previous Mbeki and Zuma regimes, he needs a compliant state broadcaster.

The first relates to an article on the Africa News 24/7 website in late February which was headlined Steve Motale may have been ‘forced to resign’.

According to a source at Independent Media who spoke to us on condition of anonymity for fear of losing his job said Motale was forced to quit after Ramaphosa met with owner of Independent Media Iqbal Survé at Davos in Switzerland for the World Economic Forum.

According to the source, Ramaphosa told Survé if he does not fire Motale, he will not receive government business.

Our source explained that what this translates to is that Ramaphosa does not want to be criticized at any level by media publications and has taken a hard line against those who offer an alternative narrative compared to the one that is praising him from other Sunday publications such as the Sunday Times and City Press.

Motale, as editor of the Sunday Independent, had incurred Ramaphosa’s wrath by writing  a front page fake news article on 3 September last year falsely accusing him of being a blesser.

There has been no denial from Ramaphosa or Steve Motale or from Motale’s former employer, Iqbal Survé, of the Africa 24-7 claim of Motale’s resignation under Ramaphosa duress. If the allegation is true, it indicates that Ramaphosa has no scruples about leaning on media executives when he feels his interests or those of the ANC are threatened – much as P W Botha used to do on behalf of the National Party.

My second concern is the willingness of the SABC to collaborate with Ramaphosa in pre-recording his Expropriation Without Compensation statement which was broadcast late on the night of 31 August. The SABC punted this as a government address when, in fact, Ramaphosa was speaking as the leader of the ANC, something the DA criticised.

My third concern is that when the DA asked for an equivalent opportunity and equivalent broadcast time to present its views on the EWC question, Phathiswa Magopeni refused, thereby, as the DA pointed out, firmly nailing her colours to the ANC mast and proving her previous statement about her political neutrality to be devoid of truth.

The problem, say insiders who spoke to Noseweek is that the enforcers are still in place having suffered no consequences for their actions under Hlaudi’s rule.

“These people were doing Hlaudi’s bidding when he was at the helm. Whatever he said, they would execute. They were in charge of implementing Hlaudi’s decisions. They were the enforcers,” says one staffer.

“They were the people in charge of censoring and distorting the news.

“Even though Hlaudi has gone, those very same people continue to operate in their positions and hold the same powers. Now they are passing themselves off as custodians of democracy.

“The SABC has been rebranding itself and talking about a new dawn … but that’s exactly what the ANC is talking about too. How will the public broadcaster be independent enough to hold politicians to account when they are still choosing to be their praise-singers instead of being reporters? This situation does not augur well for this pre-election year. There is no new dawn here.”

The late Suna Venter provided a list of enforcers in a supporting statement during the SABC 8’s testimony before Parliament’s ad hoc committee into the SABC board in January 2017.

(Venter was one of the journalists who came to be known as the heroic SABC 8, who stood up against Motsoeneng. She was found dead in her flat in Johannesburg in June last year, after being diagnosed with broken heart syndrome, following prolonged trauma and stress. She had been continually harassed for her outspoken position.)

In a supporting statement to the committee, she stated: “These are the people who form part of the network Mr Hlaudi Motsoeneng created around him to execute his decisions and agenda, specifically as it pertains to the newsroom.”

Segar’s article does not, however, mention one of the key ‘enforcers’, Vuyani Green. He has enormous influence because he heads the parliamentary office of the SABC – and malevolently so.  One of the SABC8, Lukhanyo Calata, mentioned him both in his testimony in parliament during the SABC board inquiry in 2016 and in his book, My Father Died for This.

All of these people will thrive with Dumisani Hlophe as the head of their reporting unit – they could not have asked for anyone more suited to their aspirations and their proclivities.

The ANC is already demanding that the SABC recognise its voting majority and that it been given commensurate coverage ahead of the 2019 election and with the appointment of Dumisani Hlophe, the extra coverage is guaranteed

As a former SABC political commissar, Snuki Zikalala was cited in Alex Parker’s book 50 People who stuffed up South Africa. He will be delighted, I am sure, that Cyril Ramaphosa, like Thabo Mbeki before him, has decided to pass the baton to someone of like mind and similar inclination.

On 31 December last year after the Nasrec election results were announced, Tony Leon wrote in his Sunday Times column:

One of my Facebook friends, a well-known Johannesburg Northern Suburbs matron and quintessential DA supporter exulted: “Ramaphosa has won – I am weeping with joy”

Eight months later, Leon wrote a Business Day article citing the late US senator  John McCain which was headlined It takes a leader who is big enough to put country before party.

With the cynical appointment of the DA-hating Dumisani Hlophe as political editor at the SABC just prior to the 2019 election, Cyril Ramaphosa’s ANC has shown yet again that it has put party before country.