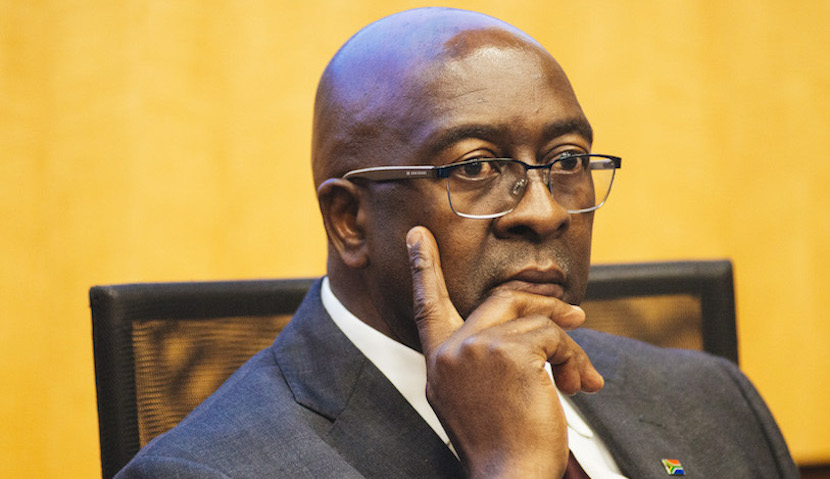 JOHANNESBURG — In today’s South Africa, one simply has to approach recent criticism of Finance Minister Nhlanhla Nene with a dose of scepticism. What I find strange is that in the same week in which Nene stood up at the Zondo Commission on State Capture and gave damning and explosive testimony of how he got fired by Jacob Zuma on 9 December 2015, he is suddenly in the crosshairs of the EFF and also the subject of certain allegations in the media. The first allegation is inconsistencies with his previous comments on having met the Guptas. To be fair, in a previous television interview, he said that he had never had any engagements with the Guptas. Then, under oath at the Zondo Commission, he said he met them six times. In this statement below, he apologises for this. What he needs to do further is hold a press conference on why he seemed to have lied. In addition, there’s a story today about Nene’s son benefiting from a PIC deal back in 2014 while Nene was chair of the fund manager in his previous time as FinMin. This story, again, raises certain important questions about Nene. But my question is: why did a story like this not hit the headlines years ago – why now, during this particular week? If anything, previous reportage by the likes of the Sunday Times on the so-called SARS ‘rogue unit’ should teach us media consumers to question what we read – it’s all part of a critical thinking process that will, ultimately, help uncover the truth. – Gareth van Zyl

Fellow South Africans, as you are aware, I gave testimony to the Commission of Inquiry into State Capture on Wednesday, 3 October 2018, during which I made reference to the visits I made to the premises of the Gupta family businesses in Midrand as well as their residence in Saxonwold in Johannesburg. These visits took place during the period from 2010 to 2014, when I was Deputy Minister and Minister of Finance respectively.

Part of my duty as a public office bearer is to meet fellow South Africans and other stakeholders when they request to do so. However, I was wrong in meeting the Guptas at their residence and not in my office or at least a public place. I say this being mindful of the fact that it is quite common practice, not only in South Africa but globally, for public office bearers to attend gatherings, including dinners, at residences of business people, fellow politicians, and other stakeholders. But context matters. As soon as I became aware of the controversy swirling around the family’s business dealings, I should, subject to there being a legitimate reason for doing so, have met Guptas, at my office accompanied, as is customary, by a Ministry of Finance or National Treasury official.

In return for the trust and faith that you have placed on me, I owe you conduct as a public office bearer that is beyond reproach. But I am human too, I do make mistakes, including those of poor judgment. However, it is reasonable of the public to expect public office bearers to own up fully and timeously to the mistakes they make in the course of carrying out their public duties. I should also have disclosed early, and fully, the details of these meetings, in particular those that took place in Saxonwold.

I therefore failed to live up to these ideals. These visits do cast a shadow on my conduct as a public office bearer. I deeply regret these lapses and beg your forgiveness.

On the allegations currently in circulation about me and my family, I am glad that the Commission of Inquiry into State Capture has undertaken to investigate them. I would encourage anyone who has evidence in this regard to hand it over to the Commission. As I said on Wednesday, I stand ready to assist the Commission in its investigation.

Issued by the Ministry of Finance Date: 5 October 2018