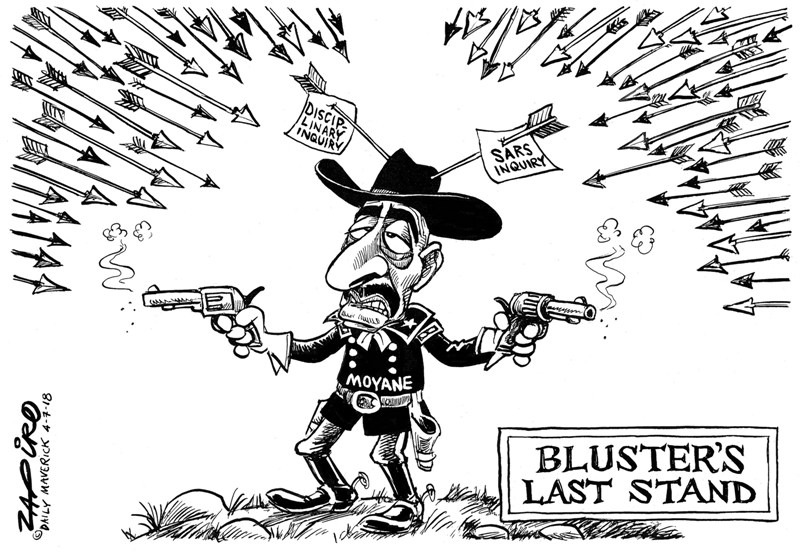 JOHANNESBURG — The cost to taxpayers and the impact on individuals off the back of the Sars ‘Rogue Unit’ report is unquantifiable. The damage is still being felt today with concerns now that the IT infrastructure may not be able to handle the last minute rush as taxpayers file returns before month end. One of Cyril Ramaphosa’s first moves as President was to suspend SARS commissioner Tom Moyane (he’s busy contesting), who was seen as one of the Zuptoid kingpins. Judge Robert Nugent is currently heading an inquiry into the revenue service, which was called on by Ramaphosa, and he issued the interim report earlier today. In it Nugent calls for Moyane to be fired immediately, believing a replacement should be fast-tracked given the need to get the organisation back on track. Ramaphosa’s economic adviser Trudi Makhaya also recently said a restored Sars is key to fulfilling the stimulus package. The country’s finances are controlled by two divisions, Sars and National Treasury. Treasury managed to fight off the many attempts of infiltration by the Zuptoids, Sars was not so lucky, and the sooner it can be put on the straight and narrow, the better. The full interim report is embedded below and is worthwhile read for all South African taxpayers. – Stuart Lowman

(Bloomberg) – The judge heading an inquiry into the South African African Revenue Service called on President Cyril Ramaphosa to fire Tom Moyane, the head of the tax agency, and appoint a replacement as the first step in turning around the beleaguered organisation.

“We consider it imperative that a new commissioner be appointed without delay to remove the uncertainty at SARS and enable it to be set on a firm course of recovery so as to arrest ongoing loss of revenue,” Judge Robert Nugent, the head of the inquiry, said in an emailed copy of his interim report to the president.

Ramaphosa suspended Moyane in March, but Nugent said this was “irrelevant to our recommendation. Our concern is not disciplinary transgression but instead the management of SARS.”