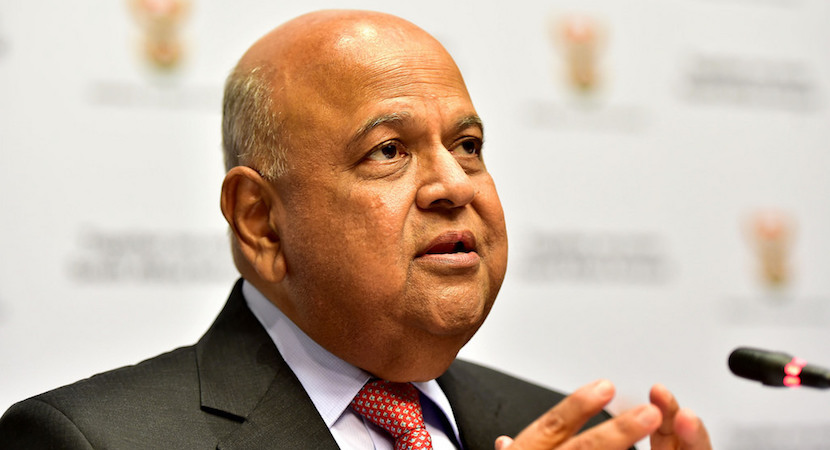 CAPE TOWN — I take great comfort in Pravin Gordhan having been a victim of the State Capture project now that he’s leading the clean-up of State-owned enterprises. There’s nothing like the prospect of pay-back to add motivation to one’s efforts; just witness forensic sleuth Paul O’Sullivan’s push-back after his similar persecution by Zuptoid police and prosecutors. Not that Gordhan is intent on settling personal scores; his project is far wider and more honourably in the national interest (remember how that phrase was used to deadly effect by the National Party?). But he’s human and setting things right will surely give him some deep satisfaction. Without punishment the Zuptoidal culture of impunity will persist and eat away at the very fabric of our society. A mere change of boards at SOEs is woefully insufficient, as Gordhan argues here. Find the culprits, hold them to account and recover the looted assets. Unless we succeed in doing that, our global credibility will literally end up in the trash heap alongside other junk-status failed States. Yet the task is daunting, the corruption and entitlement are ubiquitous, so there is practical merit to an indemnity approach – backed by severe penalties for anything less than full disclosure. – Chris Bateman

Trust in the government is at 42 percent for South Africa – versus a median of 47 percent for members of the Organization for Economic Cooperation and Development – a ranking brought down by factors including corruption and criminal behaviour, the minister said in an op-ed for The Sunday Times newspaper.

“Not only has corruption reduced trust between the government and its citizens, but it has also depressed the growth rate and extracted resources for private gain,” Gordhan wrote. “The challenge now is to rebuild trust and use our resources to advance the national interest.”

Research shows Eskom Holdings SOC Ltd. and Transnet SOC Ltd., which account for 70 percent of government spending on state-owned companies, were a focal point of the Gupta family, which has ties to former President Jacob Zuma, according to Gordhan. While the Guptas have been implicated in reports, no one has been convicted.

The government started the reform of state-owned companies with new boards, but interventions must go deeper throughout management, according to Gordhan. The challenges “cannot simply be solved with a cash injection,” he said.

“We have to develop the ability to disrupt corrupt practices, rebuild our state institutions, recover assets that were acquired through criminal acts and prosecute those responsible,” Gordhan wrote. “The dangerous and unscrupulous fightback against our reform efforts continues. If we allow this fightback to prevail, we risk losing our sovereignty.”