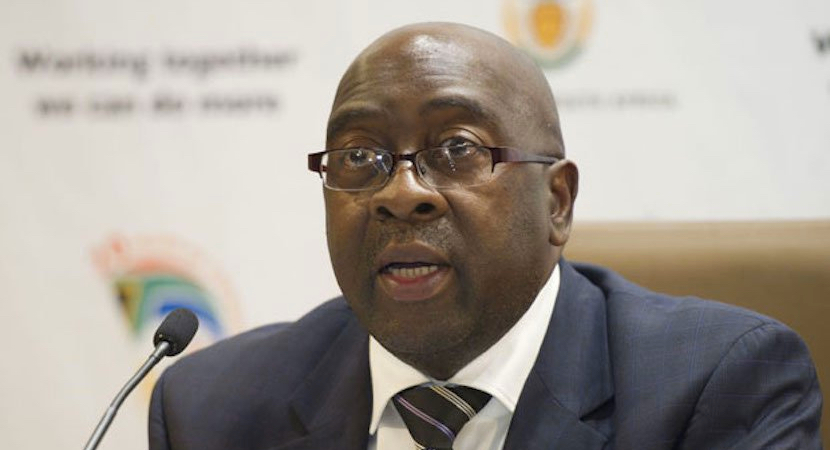 JOHANNESBURG — President Cyril Ramaphosa finally pulled the trigger and reshuffled his Cabinet late on Monday night. In a delayed announcement, Ramaphosa announced that Nhlanhla Nene has returned as Finance Minister while the likes of Fikile Mbalula, Faith Muthambi, Mosebenzi Zwane, Des van Rooyen, David Mahlobo and Lynne Brown have been fired. Meanwhile, Gwede Mantashe is the new Mineral Resources Minister while Pravin Gordhan has been named Minister of Public Enterprises. But in a controversial move, ANC Deputy President David Mabuza has been named as Deputy President. – Gareth van Zyl

[EXCLUSIVE] eNCA’s @AnnikaLarsen1 speaks to President Ramaphosa about his #CabinetReshuffle just a few minutes ago. Catch more of the discussion on #DStv403 and https://t.co/srSwp4H5Hm pic.twitter.com/ofpRav4eZ4

I have decided to make certain changes in the composition of the National Executive.

These changes are intended to ensure that national government is better equipped to implement the mandate of this administration and specifically the tasks identified in the State of the Nation Address.

In making these changes, I have been conscious of the need to balance continuity and stability with the need for renewal, economic recovery and accelerated transformation.

As indicated in the State of the Nation Address, we have begun a review of the configuration, size and number of national Ministries and Departments.

We will retain the existing Ministries and Departments until that review is completed.

With respect to Ministers, I have decided to make the following changes:

With respect to Deputy Ministers, I have made the following changes:

Pending the completion of their swearing-in as Members of the National Assembly, I intend to further appoint:

The new Ministers and Deputy Ministers will be sworn in in Cape Town tomorrow.

I wish to express my appreciation to all outgoing Ministers and Deputy Ministers for their service to government and to the people of South Africa.

I thank you for your attention.

(Bloomberg) – South African President Cyril Ramaphosa has made sweeping changes to the cabinet, including the appointment of David Mabuza as his deputy and Nhlanhla Nene as finance minister.

The reshuffle announced Monday by Ramaphosa in the capital, Pretoria, marked a dramatic comeback for Nene, who was fired by former President Jacob Zuma in 2015. Mabuza, the deputy leader of the African National Congress, will fill a post previously occupied by Ramaphosa.

The shakeup came 11 days after Ramaphosa was elected president in place of Zuma, who was forced to resign under pressure from the ANC.

Nene served as deputy finance minister before taking over the post of finance chief from Pravin Gordhan in 2014 and won the respect of investors before his firing. Since then he’s taken up a position on the board of fund manager Allan Gray, become an adviser to Thebe Investment and served as temporary head of the University of Witwatersrand’s Business School.

While Nene’s appointment, replacing Malusi Gigaba, is likely to be widely welcomed, concerns may be raised about Mabuza getting the second-most senior government post. The former premier of the eastern Mpumalanga province, he’s been accused of helping to rig state tenders and having his opponents silenced — accusations he’s denied.

Mabuza, a former schoolteacher widely known by his initials DD and who calls himself “the cat” because of his political survival skills, emerged as a power broker in the ANC by signing up tens of thousands of new members in Mpumalanga region where he is the party’s chairman.

He led the second-largest voting bloc of delegates to the ANC’s national elective conference in December and persuaded most of them to back Ramaphosa over Nkosazana Dlamini-Zuma, Zuma’s ex-wife and favored successor.

I personally don't think it's fair to criticise Ramaphosa for this negotiated cabinet when the ANC handed him a constrained mandate. The Nasrec conference handed him a severely contained mandate. So his prerogative is significantly limited. ANC to blame here! #CabinetReshuffle

Nene will spearhead efforts to revive an economy that only grew about 1 percent last year, drive down a 27 percent unemployment rate and rebuild investor confidence that was badly damaged during Zuma’s scandal-marred nine-year tenure.

Gordhan was named as minister of public enterprises, Gigaba returned to his former post of minister of home affairs, while  Lindiwe Sisulu will become foreign minister.