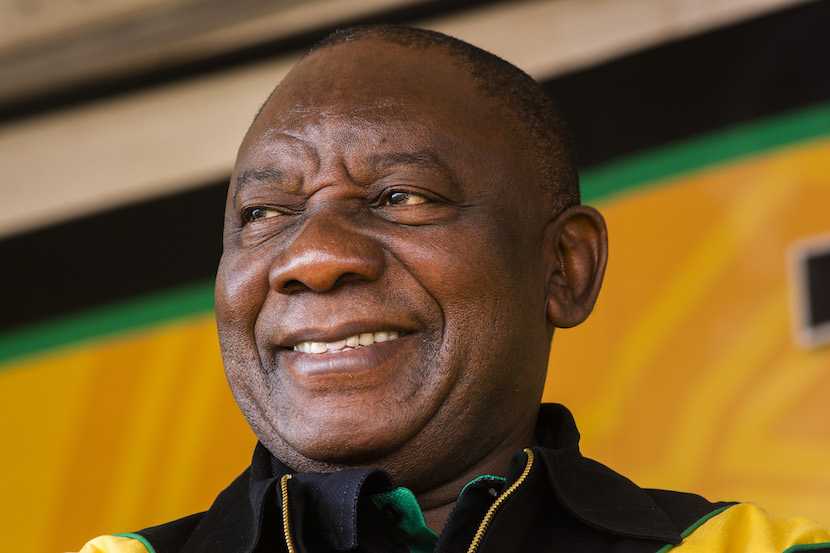 The cult of personality in South Africa can easily take our eyes off the ball and the larger game that needs playing, Steven Friedman, Professor of Political Studies at the University of Johannesburg contends. Focussing on the Zuma/Ramaphosa factions and their relative strengths has some merit, but ultimately detracts from the real issue. And that is; will Ramaphosa and his corruption-buster/State institution-revivalists pick up from where we were before Zuma and his Zuptoids ploughed up the playing field and tackled or bought every referee, umpire and linesman in sight? In other words, are we going back a decade to before State Capture and picking up on what needs to be done with youth employment, creating an inclusive economy and building infrastructure? Friedman isn’t worried by the fearful or alarmist thought leaders, because he firmly believes Ramaphosa has the upper hand, rationally laying out all the logical reasons why he’ll prevail. It’s an argument that may hopefully still many a beating heart bent on retreating to foreign climes. Can Ramaphosa address the critical systemic issues which pre-date Zuptoidal capture? So far, he’s shown no new bold direction. More of the same, pre-Zuma, simply won’t cut it, says Friedman. Story courtesy of The Conversation. – Chris Bateman

Throughout the world, people who follow politics are fixating on leaders. South Africa follows the trend and so President Cyril Ramaphosa has become an obsession.

Ramaphosa, of course, replaced Jacob Zuma, who was associated with patronage politics and “state capture”, handing over public power to (wealthy) private people. Ramaphosa’s presidency was greeted with brief enthusiasm by the media and the middle-class, who shape the South African political debate, as a sign that the state was now back in the hands of the citizenry rather than connected politicians and their private sponsors. This has now given way to cynicism and fear.

The cynics don’t believe Ramaphosa is a cure for the ills Zuma brought. They point out that he served as deputy president under Zuma; while he did break publicly – albeit politely – with Zuma, he and his allies never left the governing African National Congress (ANC). And, the sceptics charge, they were content to enjoy high office in a government which did the country huge damage. Ramaphosa’s presidency, in this view, has given a plausible face to a governing party still more interested in looking after itself than South Africa.

Read also: Extremism in SA a molehill, not a mountain – Friedman

The fearful believe Ramaphosa really is an antidote to Zuma. They feel he is serious about tackling corruption and “state capture” and mending his predecessor’s damage to the justice system and much of government. But, they fear he will be stopped by Zuma’s supporters in the ANC whose effective leader is now secretary-general Ace Magashule. Any sign that Magashule and his allies retain any influence in the governing party is greeted by near-panic, prompted by the fear that Ramaphosa is merely a figurehead or is about to be overthrown – or both.

Currently, these fears have been triggered by the fact that several chairs of parliamentary committees which oversee ministers and discuss legislation are former ministers loyal to Magashule. They plan, reports claim, to use their power to obstruct Ramaphosa-aligned ministers.

All this may seem another case in which politics is being reduced to personalities. But at stake is whether the country will undo the damage of the past decade and begin to address its huge social and economic problems.

So who, if anyone, is right?

The fear argument seems based more on the South African debate’s habit of assuming the worst than on evidence. Everyone knows the ANC is divided and that Ramaphosa become president only because of a deal which split elected posts almost evenly between his supporters and Zuma’s.

So Magashule loyalists and the patronage politics they support were not going to disappear soon. To conclude, as many in the public debate do, that the presence of Magashule supporters in official positions shows that Ramaphosa is powerless, lacks logic.

Ramaphosa is in control of government: Magashule allies are very scarce in his Cabinet and none are in positions crucial to the president’s plans. He has also significantly changed key government institutions by replacing officials who share Zuma and Magashule’s agenda. In some cases, he has done this by insisting that the officials be replaced not by his edicts but by judicial commissions or committees which include professionals as well as politicians. This could create important precedents.

The fact that Ramaphosa ministers will need to deal with Magashule supporters as committee chairs matters far less than the fear lobby believes. Besides the fact that the chairs are roughly evenly divided between the two factions, and only a handful of key chairs are in the hands of the Magashule camp, committee chairs can make life difficult for ministers but they cannot do much to stop them doing what they want to do.

Another problem for Magashule’s chairs is that, unlike ANC committees, the parliamentary equivalents have a strong contingent of opposition members, most of whom are not well disposed to Magashule’s faction. This may make it more difficult for them to challenge ministers, let alone to frustrate them.

Change in the government is clearly moving much faster than change in the ANC. But, while that complicates life for Ramaphosa and his allies, they can pursue their agenda in government despite the presence of the Magashule faction in the upper reaches of the ANC. Nor is Ramaphosa in danger of being removed, certainly not after becoming the first ANC President in 15 years to improve the ANC’s share of the vote compared to the previous election (in this case local elections in 2016).

But what is Ramaphosa and his allies’ agenda in government? Are the cynics right that it does not matter whether his faction is strong or weak because they will not steer the country in a new direction?

No, because there is a huge difference between the factions. Ramaphosa speaks for people who need the market economy to work – essentially anyone who earns at least a wage or salary. Magashule speaks for politicians who want to use government office to access resources and so are not immediately worried about the fate of the marketplace. So, Ramaphosa and his allies are serious when they say they want the institutions to revive and are set on resuming economic growth.

Yes, because it is not clear whether they want anything beyond that. The Ramaphosa faction’s actions and words make it clear that they want to take the country back to 2008, before Zuma became president. This means undoing the damage of the past decade.

But the damage under Zuma did not afflict a healthy economy and society. Problems which had existed for decades but were not solved when the political system changed ensured that the economy remained divided between insiders who enjoy its benefits and outsiders who do not. This laid the groundwork for those who wanted to use insider deals to buy the support of the outsiders. If all Ramaphosa and his allies plan is to take the country back to that period, everything they mend could be in peril later because the economic exclusion which created the problem survives.

Ramaphosa and his allies talk about measures to tackle exclusion – a youth employment programme and plans to integrate the millions who use immense energy and resourcefulness to survive in poverty-stricken areas into the mainstream economy. But the details remain vague and the President’s speeches tend to relegate this core issue to an afterthought.

Until and unless the President and his allies make including the excluded the centrepiece of his government and reveal workable plans to achieve this, it will remain unclear whether the change at the top is merely taking the country back a decade – or towards a new direction.