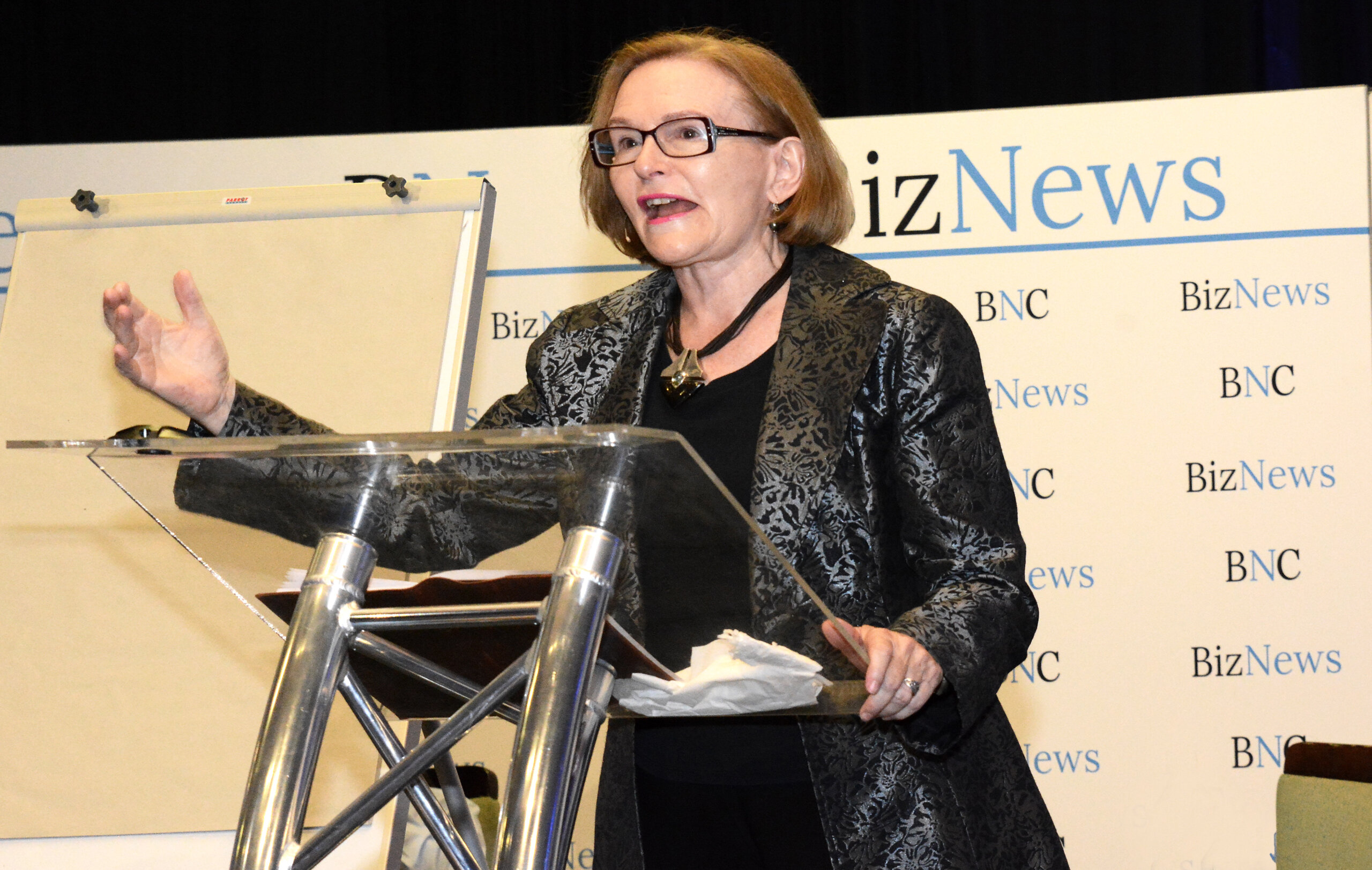 It’s Helen Zille‘s belief that come 2024, the ANC will be pushed below 50% of the vote, necessitating the genesis of coalition politics at a national level. Who partners with the ANC is the question. It is also undoubtedly one of the greatest concerns for those interested and invested in the future of South Africa.

Speaking at the BizNews Conference in the Drakensberg, the federal chairperson of the DA told delegates that trying to present a talk on where South Africa is going politically in a 20-minute engagement is “a hell of a tall order”. But, being concerned with consulting the political tea leaves is a must for anyone making decisions and taking risks upon which, much is at stake.

“I don’t have a crystal ball but my job in politics is to spot trends,” says Zille.

I’m going to borrow a concept from the popular movie The Matrix for a second, where one of the main characters Morpheus leaves Neo with a choice between a red and a blue pill. Zille believes it is ultimately the very same question facing the ANC in two years.

Partner with the EFF (red pill) or the DA (blue pill)? Should Zille be correct in her prediction of voter behaviour, no matter the colour, it will, of course, be a very bitter pill to swallow for the ANC which has never shared power nationally. In fact, one wonders whether the ANC’s complacency over the years has made it incapable of playing nicely with the other kids in the political schoolyard.

Assuming the ANC does dip below 50% in 2024, Zille says this presents a golden opportunity to place certain non-negotiables on the table. In her party’s case, it is things like insisting on a free market economy, constitutionalism, respect for the rule of law, non-racialism, and a separation of powers between party and state.

It was the Greek mathematician Archimedes who said: “Give me a lever long enough and a fulcrum on which to place it, and I shall move the world.”

DA vs EFF in fight for SA’s soul

The ANC being pushed below an outright majority may just be the DA’s lever-and-fulcrum moment. Zille says, “The DA versus the EFF. That is the fight for South Africa’s soul. That is the battle for the future.”

The beret-wearing Gucci-loving ‘fighters’ stand for a system “…where the leader controls the party, and the party controls the state. That’s a recipe for totalitarianism,” believes Zille. One needs only cast half an eye eastward to see how well that is working out for the world, Comrade.

Zille, the former premier of the Western Cape and erstwhile leader of the DA, admits that in the aftermath of the 2016 local government elections, her party made a “fatal strategic mistake” by choosing to work with Malema Inc.

Fight on for deputy president spot

Gazing not too far into the future, Zille believes Cyril Ramaphosa is likely to hold onto the reins of his party when it goes to its elective conference in December this year. His position is not the one to watch closely, but rather who is elected as his deputy as they are the person most likely to succeed him. Zille warns, “If it is Mabuza, we have a lot to worry about. Mabuza spends most of his time in Russia and it’s not because he is sick … he is in Russia raising hundreds of millions, and that money is used to pay for votes.”

Today I attended an amaKhosi and civil society engagement session at Jozini in Kwa Zulu Natal on the invitation of ANC NEC member Dr. Zweli Mkhize.

In this session we discussed challenges facing civil society organisations in Mkhanyakude. pic.twitter.com/JXx0x8lavg

Ramaphosa is facing competition internally from the disgraced former health minister Zweli Mkhize, and Zille believes Lindiwe Sisulu – who has also thrown her hat in the ring – “doesn’t have enough heft in the ANC” for her to matter.

Zille anticipates the upcoming election will likely precipitate a split in the ANC. Whether it’s before or after South Africa goes to the polls in two years remains to be seen.