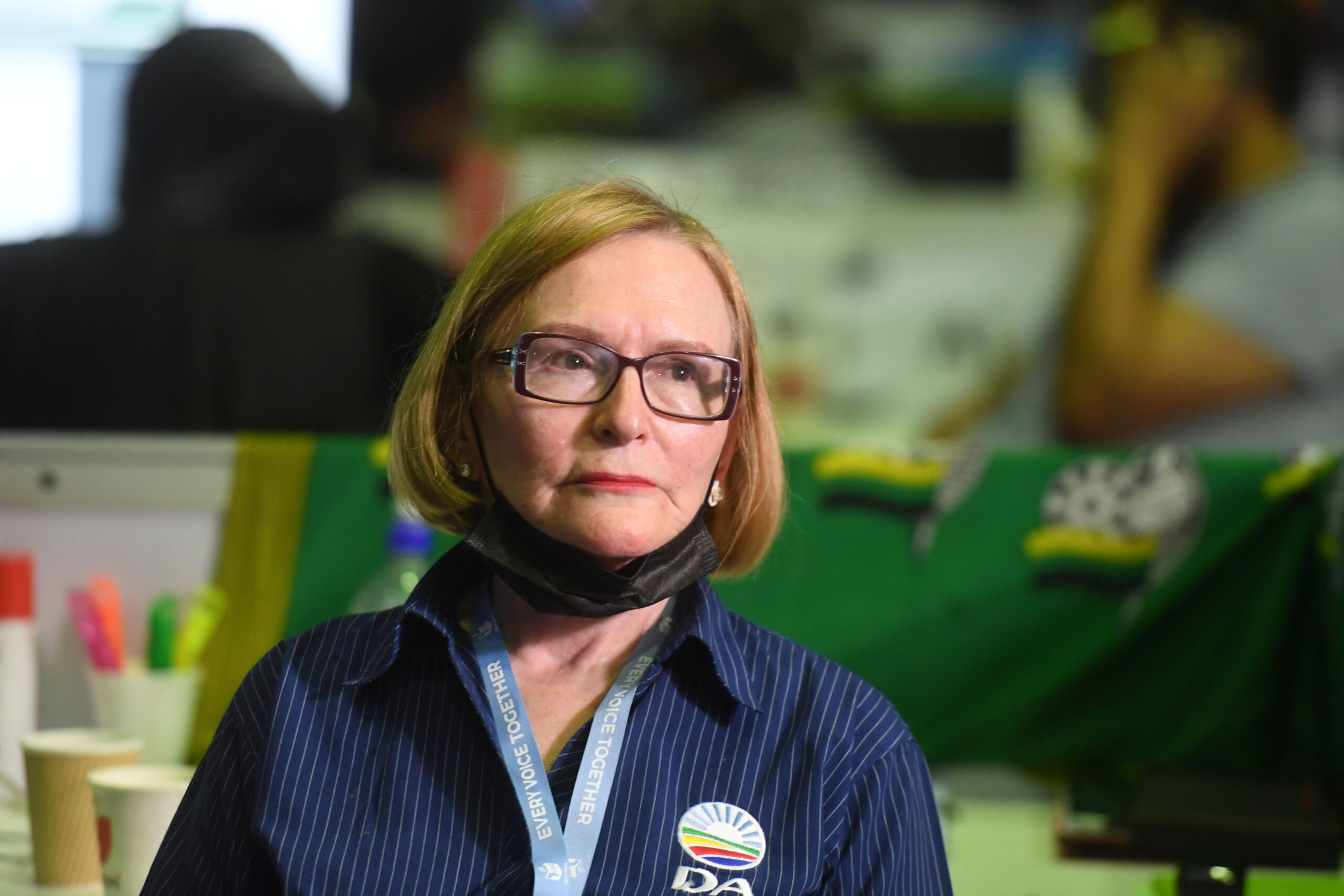 In this in-depth interview (click on play button below), DA Federal Council chair Helen Zille offers a sobering view after the surprise ascension last night of her party’s candidates to the Mayoral parlours of SA’s leading cities. She is under no illusion of challenges that lie ahead to rid local government of corrupt ANC cadres. Zille says negotiations will now be even more earnest as her party works at securing written commitment from potential coalition partners to ensure a stable governance structure can be secured. In this “morning after” discussion with Alec Hogg of BizNews, Zille unpacks the challenges that lie ahead after SA’s Watershed Election where the long-time ruling ANC’s share of the vote fell below 50% for the first time, ushering in a widescale shakeup of the country’s governance. – Alec Hogg

Well obviously, there is always a lot going on behind the scenes when you are moving up into a critical election like this, but I have to be absolutely frank, this outcome took us entirely by surprise.

It’s very interesting and it does not make governance any easier. In many of these places, we don’t have stable majority coalitions. We have parties that voted for us on the day but are not tied in any way to a programme of action, a plan, a strategy or even conflict resolution mechanisms. We could go into every single council meeting as a minority party that happens to be in government and that may or may not be in government by the end of that meeting. That is obviously not the very best way to go into a bold programme of service delivery and implementing your manifesto.

It makes it extremely difficult. So, what we have to do in more and more places [is] try and consolidate formal coalitions based on written coalition agreements and that have a joint plan of action to take the city, in which the particular government is, forward. It’s extraordinarily difficult to do that as a party that happened to win an election, but does not have the majority of the votes and is expected to deliver. It’s very, very hard.

We have to try and see where it is possible to establish proper majority coalitions and in some places, let me be quite frank, it is not possible. We have said we will not go into coalition with the EFF or the ANC, and that leaves us with opposition parties we’re very happy to go into coalition with. But in some places, all the opposition parties together won’t be as much as the ANC unless the opposition parties include the EFF. That creates a massive dilemma for us. In all the debates around Johannesburg, the choice was not between the DA and Herman Mashaba or between Herman Mashaba and the ANC. The choice was essentially between the ANC and the EFF, and that is exactly how it played out.

In many places, arithmetic isn’t in our favour. The bottom line is, if you want to form a stable government, you have to get a coalition that can put together enough seats to have 50% plus 1. That is what you need to take [to make] decisions, pass budgets, pass by-laws, to implement the policies. If you don’t have that, it makes it very precarious because you keep on having to rely on the support of your opponents. And, of course, that can change from meeting to meeting. In most places, except the Western Cape, we have a very hostile province to deal with as well.  [This is going to be a challenge].

People mustn’t euphorically think, well there the DA is, the DA’s won, the DA can now implement its manifesto, the DA can now appoint all its people. No, we also inherit municipalities and administrations full of ANC cadence and full of people with vested interests in maintaining tenders, contracts and the power over appointments to take those critical decisions. So, it is an enormously challenging task. And while everybody is sitting here wanting to crack open the champagne and have a lovely evening, I’m sitting here wondering how this little dog that caught the bus is going to manage it.

It is difficult to show some people the door. Some of the top politicians will be shown the door, but behind every politician who has been corrupt, there’s an entire network of people who are in on it. There are so many checks and balances and so many laws and treasury directives to prevent corruption. But corruption is a huge enterprise.

It never involves one person. You may take out the top politician, but there are many, many layers of vested interests below it, that are desperately trying to prevent any further erosion in their network. So you come in and you have to fight this massively hostile bureaucracy on whom you depend for every implementation strategy you want to apply.

On the IFP and ANC’s broken agreement

We needed the IFP in Johannesburg. We worked with them. We tried to set up a coalition government with them, a stable government in uMhlathuze which is Richards Bay. It’s a crucial industrial hub and we would very much like to govern that with the IFP. We did a lot of work there and put a lot of effort into it. The IFP did a deal with the ANC but faced revolt from its own members on the ground, which shows you cannot go into these things just through leadership talks.

If we, in Johannesburg, had agreed to make Herman Mashaba the mayor, we would have had a revolt from our own caucus who had [dealings with] him before and told us in no uncertain terms, this is not happening again. In coalitions, you’re not just sitting there thinking of the best chess moves at the top and how you can take this place and govern that place. You have to take your people along with you.

My understanding with the IFP is they failed to take their people along with them. There was a revolt on the ground. Then, the main highway to Ulundi – as I understand, is called the Mangosuthu Buthelezi Highway – the ANC was threatening to change the name of that highway and of course, the IFP said, well, if you do that, no deal is on between us; then everything is off.

On whether the DA will reconcile with Herman Mashaba

We worked very well with Herman Mashaba before he initially became the mayor. I did a lot to persuade him to join the DA and become the mayor. Once he was in office, he fundamentally changed but very few people can make a transition to having real power. And by the end of that, he had become the EFF mayor and totally alienated his caucus. That’s the truth of it.

On whether Gauteng will have a re-vote for mayoral candidate

Well, we very easily could. Last night, the ANC stormed the venue to prevent the voting from taking place because they knew they were going down. When the ANC is going to lose, that is what they tend to do. In Ethekwini, they saw what was coming, they could join the dots between what had happened all over the country, by then in Ekurhuleni, in Johannesburg and various other places. They knew they were about to lose Durban and Ethekwini, and it was something they were desperate to stop. So they stormed the council chamber to disrupt the meeting.

Helen Zille on the ANC’s share of vote dropping below 50% for the first time, ushering in a widescale shakeup of the country’s governance

This last election was a watershed in that we brought the ANC below 50%. That is an enormous psychological barrier to breach. The ANC is probably going to lose most of the metros, if not all. We have a Mogale city coming up soon. We have a range of other metros coming up soon. We lost some smaller towns by tiny margins. We lost Emfuleni by four votes or something ridiculous, which is quite extraordinary.

The ANC, everybody now knows, can be beaten and beaten solidly in many places. Now that takes us over a psychological threshold and you can never go back to the status quo ante where the ANC seemed unbeatable. The ANC is entirely beatable everywhere and that changes the game in politics.