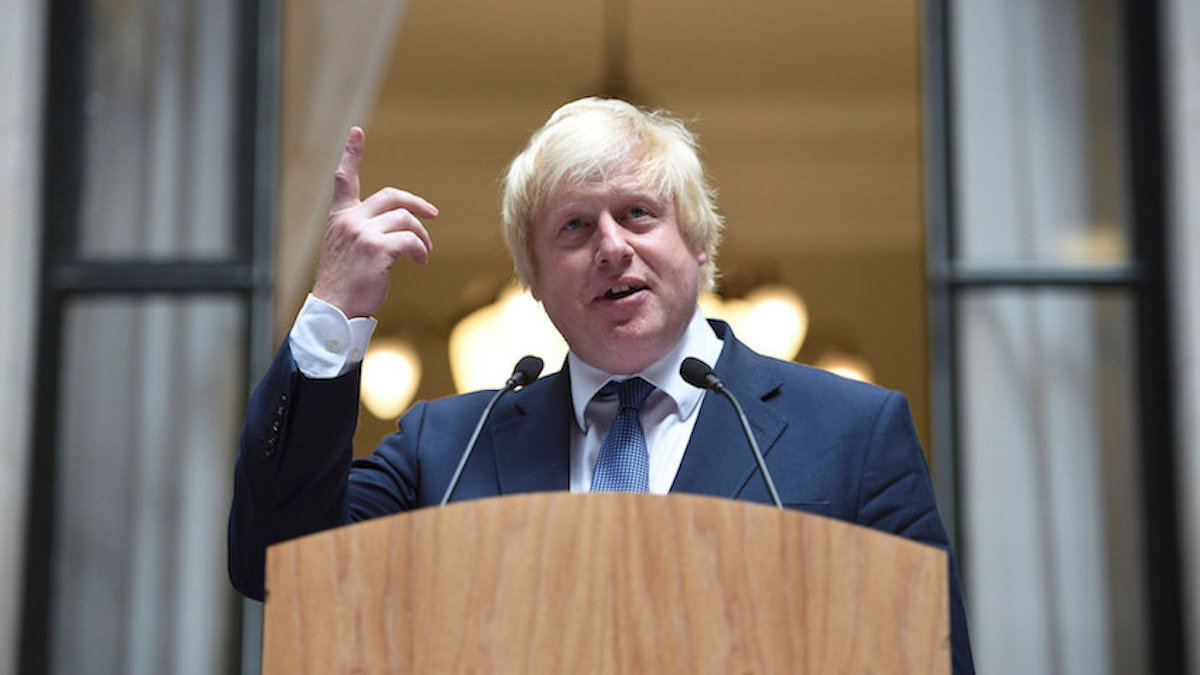 The politics of lockdown can lock you out of power, it seems. Certainly, in Australia, where climate change issues triumphed over authority and lockdown regulations, where regulation is pervasive and where people usually happily comply. I guess I’d also rebel at the ballot box if I lived in Sydney or the Gold Coast where outdoor summer lifestyles are among the best in the world. Yet, in Britain, where daffodils and bluebells currently bedeck the pristine parks and Brits are now enjoying more outdoor freedom, Prime Minister Boris Johnson has hardly led by example when it comes to the Covid-19 rules with which he wants his compatriots to comply. Simon Lincoln-Reader uses a comprehensive report on the shenanigans Boris and co. got it up to during lockdown to journalistically emulate them with free-wheeling satire on any and all dreaded lurgies doing the rounds. – Chris Bateman

Watching the response to a report published today detailing the many lockdown infractions of 2020, committed by Boris Johnson and friends, confirms my suspicion; the wetter members of the Conservative Party act like the parents of Generation Z or Generation Outrage children. These parents – the Americans are particularly guilty here – forget they spent too much time snorting cheese, chasing Chardonnay with Xanax, or dumping their kids to lurk around strip malls for a weekend, that when one or more of their bastards calmly takes a machete to the old man’s throat (“this is your last warning: refer to me by my preferred pronouns or else”) it’s apparently a crisis nobody saw coming.

Composed by someone called Sue Gray, the report itself makes glorious reading. One girl got so wankered that she threw up everywhere (the Spanish have been dealing with this kind of thing from the British for just under half a century. So much so that the local council in one notorious summer destination voted unanimously to limit the number of drinks that standard unlimited package holiday included). There was a fight, too, and a former ethics chief organised the karaoke machine. Whilst curtain twitchers were grassing up their neighbours, and police in Melbourne were kicking pregnant women in the head, it was ‘Wine Time Fridays’ in Downing Street, where casualties included the garden swing belonging to Boris’ son, and the photocopy machine that was sprayed red.

The most egregious feature of the report is the manner in which it is being covered. Lockdown enthusiast reporters – enabled by the lockdown enthusiast social media platform Twitter – have been spitting their disgust at Boris, only to be re-spat by lockdown enthusiast opposition politicians. It must always be remembered that had there been a change in government during the lockdown, the leader of the opposition would have locked the country down like nobody’s business; possibly even jailing every sceptic (this, despite him having broken regulations to drink beer with colleagues).

The effects of this hysteria linger here like a bad case of the clap to the mind. The British are now terrified of monkeypox, and quarters of society are demanding another lockdown, citing Belgium as the lead to follow. Now, I can’t verify reports this specific virus originated at a party where men were, ahem, ‘passing’ a monkey around, but if there is any truth to that, then it’s entirely plausible those men are the very same Belgian legislators screaming death in Flemish into the radio channels of that oddball little country.

Of course, it is not politically advantageous to tell the truth: lockdowns were a dreadful panic reflex, which flayed the social contract enshrined in Western constitutions and prompted a cost-of-living crisis as it relates to energy and the household. But there is a place where this truth has emerged, not in the way it should have (obviously) but one worth taking note of.

On Sunday night, the Australian Prime Minister Scott Morrison was unseated. Morrison, just like his predecessor Malcolm Turnbull, was just another beta of John O’Sullivan’s first rule of politics: organisations that are not actually right-wing will, over time, become left-wing. Morrison may have approved of an investigation into coof’s origins, which positioned him on a collision course with China’s insurmountable influence in Australia, but he was also fanatically pro-lockdown.

His opponent Anthony Albanese was not particularly articulate on the subject of lockdowns, preferring instead to use the dead cat bounce of climate politics to propel his campaign. It worked. So, on Sunday, Australians made it clear they’d rather hear about how awful human beings are and the terror we’re inflicting on the environment than suffer more lockdowns or threats thereof. I don’t blame them.