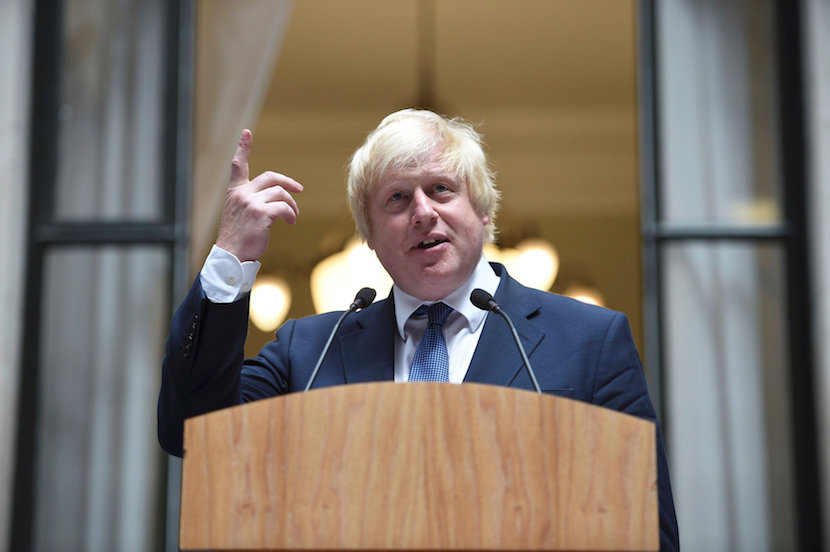 Britain’s Prime Minister Boris Johnson might have thought Brexit was his biggest challenge, but little did he know when he walked into No. 10 Downing Street in July last year, that a tiny vicious virus would try to rob him of a position that he has been craving since childhood and that Brexit would be put on the back burner. When the British public and world leaders were informed that Johnson was in an intensive care unit in London because he did not recover from Covid-19; the world was in shock; even his biggest Brexit enemies within the country and over the English channel could not believe that the blustering Etonian that looked as strong was fighting for his life. There was off course those, including some South African journalists who said that it was karma because Johnson, following the advice of the scientific community in Britain, was reluctant to lock down the economy when the number of Covid-19 cases started rising. Simon Lincoln Reader takes a look at why Johnson is loved and why he is loathed. Johnson is currently recovering from Covid-19 at the PM’s country residence Chequers where he is probably looking at the coronavirus fatalities increasing day by day with trepidation. The media is speculating whether the experience will change Johnson’s views. What he can be sure of, is that his actions to deal with Covid-19 or lack of it will be judged when he is ready to resume his duties. – Linda van Tilburg

The wave of discomfort that accompanied the Wall Street Journal’s push notification late last Monday that Boris Johnson had been admitted to ICU is not something I wish to experience again. Immediately I messaged some friends who still write for the magazine he used to edit; we would spend the next hour pacing around, too nervous to sleep for what the night might bring.

Boris was in bad nick. Overweight, with high blood pressure – and a habit of waking up to stuff his face with Spanish sausage and cheese in the early hours – these things matter, especially at your worst.

Boris Johnson, the first leader of his country with a stage name, is for the most part unknowable, and he is this way for a straightforward reason: were he to open his heart to the world, he knows he would be revealing parts of it he quietly acknowledges are ugly – the abortion, the affairs, the children born out of wedlock and all the lies that must have been told in-between. Some awkward double standards too: a mutual friend once confessed that Boris cried over lunch at the state of his own private life, before ranting about how marriage and monogamy are unnatural constructs. He cannot help, contain or appease what he is, except to poorly bandage his imperfections if and when required. As per the demands of the day, this appears to be most of the time.

But the little part we do know is equally intriguing, and it demolishes 99.9% of the substantive arguments people were using to cheer for his death. Firstly, the idea that he is some kind of racist is false: he was elected – twice – as the Mayor of the city that likes to call itself the most liberal, progressive and diverse in the world. Secondly, his advocacy for same sex marriage is well known. Thirdly, he has broken rank to demand more pay for public sector workers. Fourthly, he has been intimately involved in the government’s plan to decarbonise the country (well he was – before Covid-19 taught us about priorities). These positions exist in actual proof – not suspicion.

So just like 99.9% of profiles today accused of racism, Islamophobia and homophobia, Boris Johnson is neither racist, Islamophobic nor homophobic.

For all his flaws, and complexities, duplicity, moments of breathtaking dishonesty and collateral damage, there is one feature that has always shadowed him: he is deeply loved. Outside of London, amongst the elderly, the working class, Generation Z, the Armed Forces, entrepreneurs and small business owners, there is no greater, more charismatic politician alive. Some of these groups claim that it’s his intelligence that makes him so endearing. Others argue that it’s his patriotism, his grasp of history – even his eccentricity (some of which is obviously choreographed). Some see a comforting method: for all the chaos there is something life-affirming about his presence, his choice of words, the questions he asks.

Whilst I am a stranger to much of this adoration, I do understand why business finds him so much more appealing than most of his predecessors. Behind the exterior lies a fighter unafraid of risk, determined to prove that the rules of old world still apply: a man holds the power over his own happiness, and always stands a chance against the odds.  And what odds they’ve been. Appointed the editor of the Spectator (which has recently become the first magazine in history to publish a 10,000th issue), then appointed the Mayor of a historically Labour city, then beating the well-resourced and organised campaign to remain in the European Union, then survive the fall down, re-emerge as Foreign Secretary – and finally, to win an election with the greatest majority in decades.

I’m not his greatest fan, but I’ve studied him more than any other politician. I’ve read every one of his books and most of his Telegraph and Spectator columns since 2004, so perhaps familiarity breeds resentment or if not resentment then boredom. I’ve been annoyed at some of his scattered thinking, I’ve found some of his strategy clumsy, some unnervingly pathological. The statement he made outside his Islington home in 2016, the day he declared his support to leave the EU, left me staring at the news in disbelief. And I was puzzled at his response to the pandemic, until I realised for the first time, as perhaps he may have, that the most important requirement of modern crises is lengthy mediation within one’s own executive.

My reaction of Boris coming out of Intensive care. Come on Boris! 😁💙 #BorisJohnson pic.twitter.com/KisUbV4rip

To certain quarters he represents the continuation of a world order they detest. This is not without merit, but whilst we are and have been prepared to entertain these grievances, we may have missed that a new, buccaneering force has quietly slipped into the vacuum. There is a strong possibility that our present circumstances will radically alter how we apply the term “empire”.

So as he convalesces for what will be the sternest examination of his life, we find ourselves with the time to test a theory to those who despaired at his survival. Call it Zuma’s First Law of Equivalence. If people are prepared to despise Boris Johnson for things he is not – then they must also be prepared to call Jacob Zuma a rapist, despite his acquittal. Are they comfortable with such judgement?