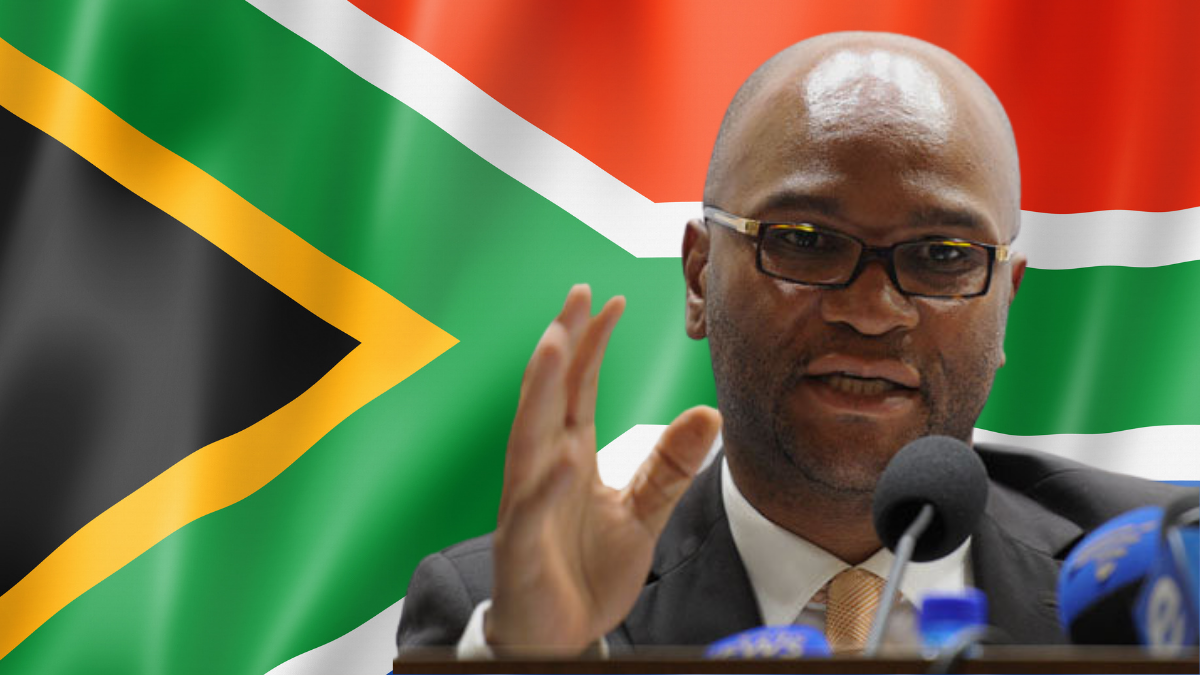 In some ways it’s the gift that keeps on giving to opposition parties as Arts and Culture Minister Nathi Mthethwa indicates the R22m flag project remains on the table. His counterpart on the opposition bench, Tsepo Mhlongo of the DA, has lambasted Mthethwa in an interview with BizNews for the tone-deaf approach to what he calls a “vanity project”. In response to a parliamentary question asked by Mhlongo, the minister wrote that: “Cabinet’s decision to erect a monumental flag and the review of the project as proposed will be referred to Cabinet for further discussion and final decision. The budget of R22m that was allocated for the monumental flag project over two financial years is within the infrastructure unit of the department.” As a result of the funds already being available, Mthethwa says there is no need for any public participation process to reallocate the funds to any other project. – Michael Appel

Tsepo Mhlongo on the announcement that the flag is back

It’s shocking to see that the cabinet is still going to discuss this, despite the outcry and different objections and petitions submitted to Parliament. And it is obvious that the ANC doesn’t care. The minister has shown that he does not respect the rule of law, does not even respect the petition that has been submitted to Parliament. And one of the things in his response to our question to Parliament,  it is one of the constitutional requirements that the Minister must be in charge, must respond to our questions, and it shows that he does not even require that because petitions are a way for the community to put an objection to the issue. These issues like the 22 million rand flag project which is a vanity project we don’t support.

It is going ahead based on the response we’ve seen from Parliament. Now it shows that Minister Mthethwa seems to have learned nothing from the anger of this project and it shows that he does not respect South Africans. And one of the things is they want to misuse this 22 million rand and we know it is earmarked for their own collective or for their own friends and all these concubines of the ANC. We are saying no to this project, no to this flag, 22 million project, and we believe this money can be redirected. For example, Banyana Banyana won the Africa Cup of Nations two days ago. We believe that this money must be shared, not all of it but they must give Banyana Banyana 10 million rand as a bonus because they have put our country on the map.

It is really shocking about that money. We have three orchestras, now it shows that the minister is working with friends and relatives, the minister once again has dropped the ball on the issue because instead of supporting different orchestras in Gauteng, KZN and the Cape Town one but they want to have a national orchestra and it shows that the minister does not understand the needs of South Africa. For example the DA rejected this allocation which are there and he can even subsidize with this money allocated. This money was approved in 2018 while I was not part of the project. Now they want us to do it. If we can check the guy who’s in charge If I’m not mistaken, his name is Temba. He’s a member of the National Arts Council. He’s a board member – now there’s a contradiction, there’s conflict of interest. How can you be a board member and decide you are a CEO and then the National Arts Council. Usually all projects or all artists apply to the National Arts Council, but now this guy automatically, he’s going to run the project and he’s a board member. It shows that the ANC don’t care. These deployments show not all artists must benefit, but a few connected individuals.

On whose agenda this serves

it shows that they are serving their own interests. They do not respect the rule of law. And one of the things that I can tell you is it is an unnecessary duplication of work. We still have our projects in different provinces that are running the orchestra. Why must we have this national one? It shows that they want to eat the money and obviously we are saying no to that. We are going to object even in Parliament next week.