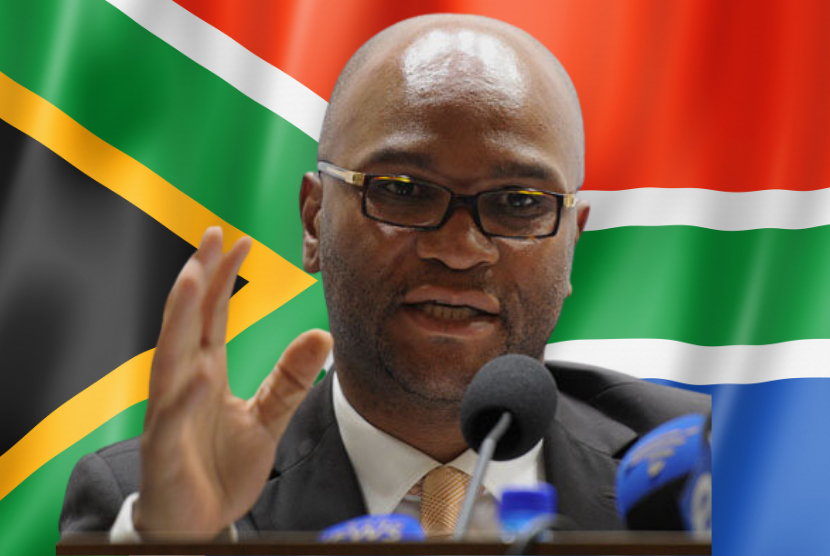 In a country struggling to keep the lights on, create jobs and fix roads, the government’s plan to spend R22.5m on erecting a giant flag is being labelled ludicrous, unnecessary and so out of touch with the reality South Africans find themselves in.

The feasibility study report produced on the “South African National Monumental Flag Project” was completed in November 2021. The report states: “Monumental flags are flags and flagpoles that are constructed at a colossal scale. Such flags are a display of country prowess, pride, patriotism and also commemorate aspects of history worth monumentalising.”

The monumental flagpole will have a maximum height of 120m, while the flag itself is envisioned to have dimensions of 10m in height by 15m in width.

The report notes that such a project would be a monument to democracy, a symbol of freedom, a tourist attraction, and a potential contributor to economic stimulation and job creation.

Six possible locations for the monstrosity – all in Gauteng – were mooted. These include Freedom Park, the Union Buildings, Groenkloof Nature Reserve, Monument Hill, Fort Klapperkop, and the Zoological Gardens. The feasibility study settled on Freedom Park as the recommended location. This is because the South African Civil Aviation Authority (SACAA) had granted approval, the fact that Freedom Park is state owned, low additional infrastructure and staff costs, favourable geotechnical aspects, and high visibility. The other locations had issues like swelling soil and sinkholes, and had not received SACAA conditional approval.

The report highlights that the “best-case scenario projections are that the construction of such a project will take 24 months after all the prerequisite approvals, which also require 24 months, have been granted.” So should this project proceed, it would likely be completed by 2026.

Speaking to BizNews, shadow minister of sports, arts and culture Tsepo Mhlongo – who also sits in Parliament’s portfolio committee on the subject – said the announcement smacks of a government completely out of touch with reality.

“I question the value for money. You cannot spend R22m on a giant flag. That money must be used to support our artists, our sportsmen and women, and the sector. We [as the Democratic Alliance] do support nation-building and social cohesion but we cannot misuse taxpayers’ money. This money can do several things on the service delivery front. For example, you can build 169 RDP houses. This [ planned expenditure] is uncalled for. The minister must tell us who the service providers are, how much it cost, and whether this project went through all the supply chain management processes,” says Mhlongo.

In a recent question-and-answer session in Parliament, minister of Sports, Arts and Culture, Nathi Mthethwa defended the project, saying it was part of his department’s mandate to transform the heritage landscape of South Africa.

“We are doing that with no apology. We are doing it and we are going to intensify that programme. The issue of the flag comes from that perspective of transforming our heritage landscape. The monumental flag is there to promote the foundational principles of our democracy and our Constitution through this flag as a monument reflecting our common identity, nationhood, and unity of our nation.

“We have seen some lunatic fringe [AfriForum] coming out with apartheid flags, displaying it … so there has to be clarity on what is the flag of the nation. People have to get this public education about it. It must be recognised by citizens and we are allocating funds from our budget to ensure that our process of nation-building and social cohesion … becomes very important,” said Mthethwa.

“It’s a waste of money. It’s a terrible idea that is not going to achieve anything. It is sad that such a terrible idea survived the entire bureaucracy of a government department to a point where they are still defending it in public. It just tells you about the level of mediocrity that populates many of our government institutions. [Mthethwa] is the most underperforming minister. He has spectacularly failed that portfolio,” says Cosatu spokesperson Sizwe Pamla.

Asked whether Mthethwa should be given his marching orders, Pamla says the ball rests entirely in President Cyril Ramaphosa’s court. No doubt such a hair-raising exercise in money-wasting reflects poorly on his administration.

“His [Ramaphosa’s] administration is failing terribly to fix many of the major problems facing this country. He will pay a price because South Africans are really running out of patience,” says Pamla.