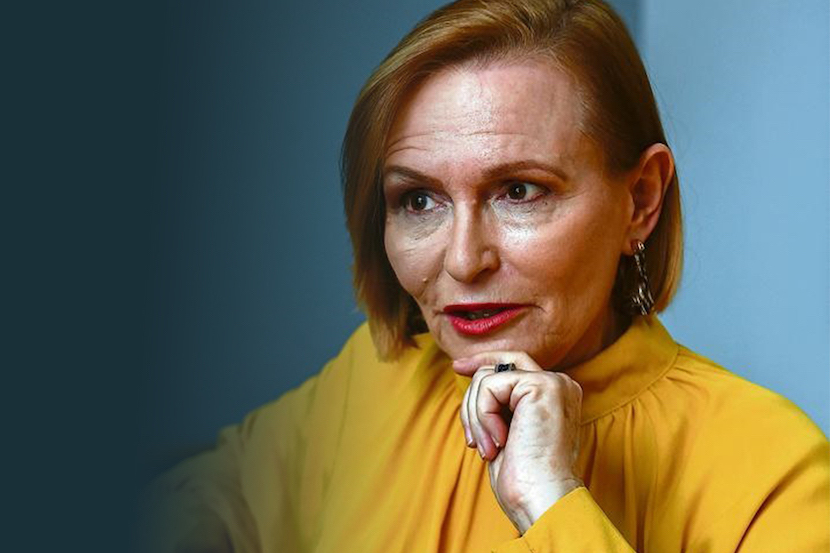 Iron Lady of SA Politics, Helen Zille, has sounded a warning on growing blind optimism of South Africa’s post-ANC rule – ie what awaits after the 2024 National Election where the ANC is likely to lose control of a Parliament it has governed for 28 years. While Zille says the DA is working hard to bring the ANC to well under 50% of the national vote, she warns that this on its own is not a panacea. She says the experience in Nelson Mandela Bay, where nine tiny parties hold the balance of power, is a warning. In this wide-ranging interview with Alec Hogg of BizNews, Zille also discusses recent by-election results; Dr Frans Cronje’s insights into how opposition parties could recruit disaffected ANC voters, and the UK’s three year ban on Bain and Co over its role in South African State Capture.

Well, the bottom line is that politically Bain and Co would not be possible in a government in which the DA was a major player. And the reason is that we don’t deploy our cadres to places like the South African Revenue Service to do the political bidding of a powerful person in the party. That is completely beyond the pale in the Democratic Alliance. That’s why we are opposed to deployment, wherever it is. And once political cadres are deployed into critical positions that should be independent, such as Tom Moyane was in the SA Revenue Service,  they see an opportunity for a compliant business to do their bidding to achieve the outcomes they want in the South African Revenue Service. That’s when you get the conditions created for a Bain and company. So I would hope that it would not be politically possible under the DA for that to happen at all, if we were to inherit such a situation. Of course, a company like Bain and Co would be blacklisted immediately.

On how the ANC reacts when it loses power.

We’ve seen examples all over South Africa, starting in 2006. You’ll remember that in 2006, the DA took Cape Town, not as an overall majority as we’ve had subsequently, but then back in 2006 as a minority coalition, which meant that all the coalition partners together did not add up to 50% of the seats in the council. So we took that as a minority coalition and as my book, Not Without a Fight, recounts, there were 12 different attempts in various ways for the ANC to take us out of government, including changing the system of governance that governed Cape Town to get us out of government. Because the ANC knows that as soon as it loses its foothold in government, it loses access to the public purse and it loses its source of revenue for patronage.

It loses the positions to hand around, it loses the tenders and contracts and the straight cash that it siphons off out of the public purse for various patronage purposes. And so we fought them off in 2006. The final one was a kangaroo court called the Erasmus Commission. They tried to pull that one on us as well. We fought off one after the other of those attempts, but that wasn’t the end of them. We’ve just seen in Nelson Mandela Bay where we’ve negotiated the coalition to take the ANC out of power, they literally, the day before we signed that coalition agreement, the signing date was the 28th of July – on the 27th of July, the mayor there, Eugene Johnson, who is still the ANC mayor, received a letter from Nyathi, who is the MEC in the province, saying: “We are going to change your system of government from an executive mayoral system to an executive committee system in which the ANC would be proportionately represented in the executive committee and asking for comment on that.” So they are seeking to avoid the DA taking power as an executive mayor by changing the system of government. A replay of what we saw in Cape Town. We have to be prepared.

Well, that is a challenge that faces coalition partners in every part of the world. I mean, I’ve learnt a lot about coalitions from Germany because I went on a coalition study tour of Germany and I learnt an enormous amount from them. And they have coalitions, very complex coalitions, very unlikely coalitions. And then the coalition partners of the next election go out and fight each other and they understand that that is what they do. And they all have a policy position to sell to the voters. The DA has a very sound policy proposition. We believe that where we have governed, we’ve shown that it creates greater prosperity for everybody. It’s an inclusive approach. And we govern well. We don’t steal the money. And life gradually gets better for everybody, more jobs are created for everybody and we have many proof points inside the country to demonstrate that. So that is our offer to the voters, that life will get better under the government. We are a party for the people we are committed to non-racialism, not to this new form of apartheid thinking which puts race above everything else and somehow presents itself as progressive.

We reject that, and we believe in open market economies. We believe in the private sector driving investment and job creation and the state being highly competent at what it is supposed to do and creating a context in which businesses will invest and grow the economy and create jobs. That is our offer to people. We are trying to apply it wherever we are in government and where we have an overall majority and don’t have to rely on coalition partners. Well, it’s a lot easier to implement our policies because we don’t have to look inwards. as holding coalitions together the whole time. But let’s take what’s going down in Johannesburg right now. We’ve got  MMC Mbundu being extraordinarily xenophobic and acting outside of what we believe the prescripts of the law are in shutting down small traders, and obviously we can’t go with that. Obviously, we have to be strongly critical of that, as most other parties are, too.

On what can be done in Nelson Mandela Bay